Joining a global cause, choreographers invite Austin to the water's edge 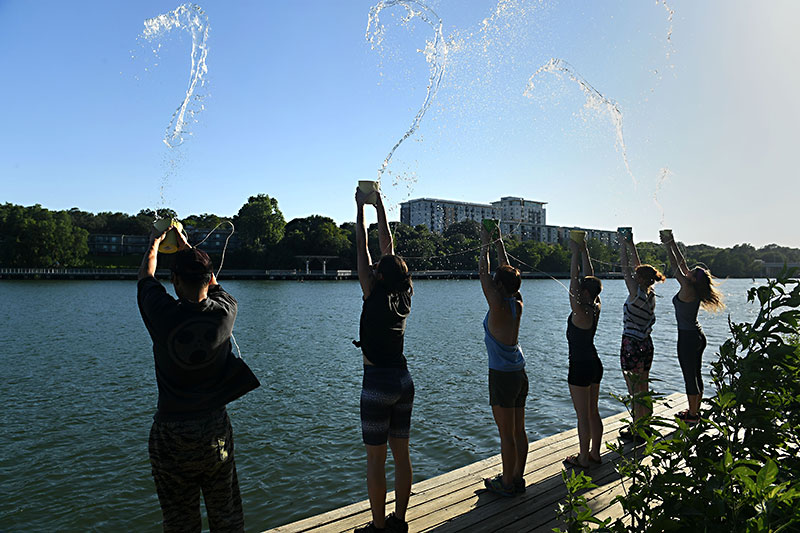 Ellen Bartel is worried about privatization of clean water. Given the utterly intimate worries that have surfaced in the dancer/choreographer's recent work – serious illness, the loss of loved ones, caregiver PTSD – global water issues might seem a bit removed. But that's only a matter of context. Access to clean water is impersonal only for those of us who haven't been hit with a market price for water, subject to the same kinds of commercial and political fluctuations as oil prices. Yet.

Privatization is just one trend, along with climate change and global population increase, that some experts say could lead to dystopian "water wars." A 2012 report from the U.S. Office of the Director of National Intelligence predicted that water would likely be used "as a weapon or to further terrorist objectives" after 2022. Before such large-scale corruption and violence erupt, though, there are personal struggles and inequities, which are what keep Bartel up at night. When clean water is sold for profit, those with fewer resources could go thirsty. "I'm not saying everybody has to have the same amount of everything," says Bartel. "I'm just saying, let's not marginalize people because of our inequities."

An activist and an empathizer, Bartel jumped at the chance to organize an Austin performance for Global Water Dances, a worldwide clean water awareness initiative taking place in 104 cities on June 24. The annual event, in its sixth year, is part of the Laban/Bartenieff Institute for Movement Studies in NYC, where Bartel is training to be a Certified Movement Analyst (CMA). She is learning "how we organize our body to ourselves, how we organize our body to what we want, and how we organize our body to things in the world" – methods of noticing and understanding movement. While many CMAs work in dance, performance, and psychology, others have analyzed the body language of politicians and helped improve relations between clashing cultures. The empathy and mindfulness required in movement analysis naturally extends to activism and awareness-building.

It's not the first time Bartel has organized her body, or those of others, to illuminate causes or relationships to place. In her past site-specific work, she has explored liminal places like subway stations and alleyways, gathered scores of dancers Downtown on New Year's Eve to perform a sort of nondenominational prayer, organized butoh performances in galleries and basements, and choreographed dancers on their bicycles in a park. For Global Water Dances, she chose a site on Lady Bird Lake, near Festival Beach. She recruited co-choreographer Amy Myers and 10 other dancers, and invited Clean Water Action Texas to be on-hand with information and calls to action. Based on a set four-part structure given to each participant group around the world, Bartel and Myers developed a dance of ritual, tribal, and contemporary movement. In one section, they'll perform the exact same choreography, prescribed by the organization, as each of the other 103 groups around the world.

Can dancing really help address major global environmental and human rights issues? The Global Water Dances organization maintains that inviting people to come together and move can have resonant effects and cites examples of cleanups and other actions spurred by the performances. It can't hurt, also, to suggest that the mystical, corporeal practice of dancing outdoors could deepen gratitude for our life-sustaining flow. But as is often the case with dance, the reasoning may be better left to the nonverbal realm: In the final section of the dance, the audience will be invited to join in.

A version of this article appeared in print on June 23, 2017 with the headline: River Dance 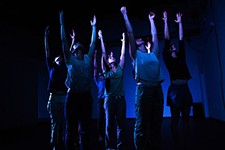 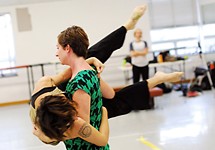 School of Dance
Post-MFA, Ellen Bartel has a brand-Spankin'-new choreographic point of view