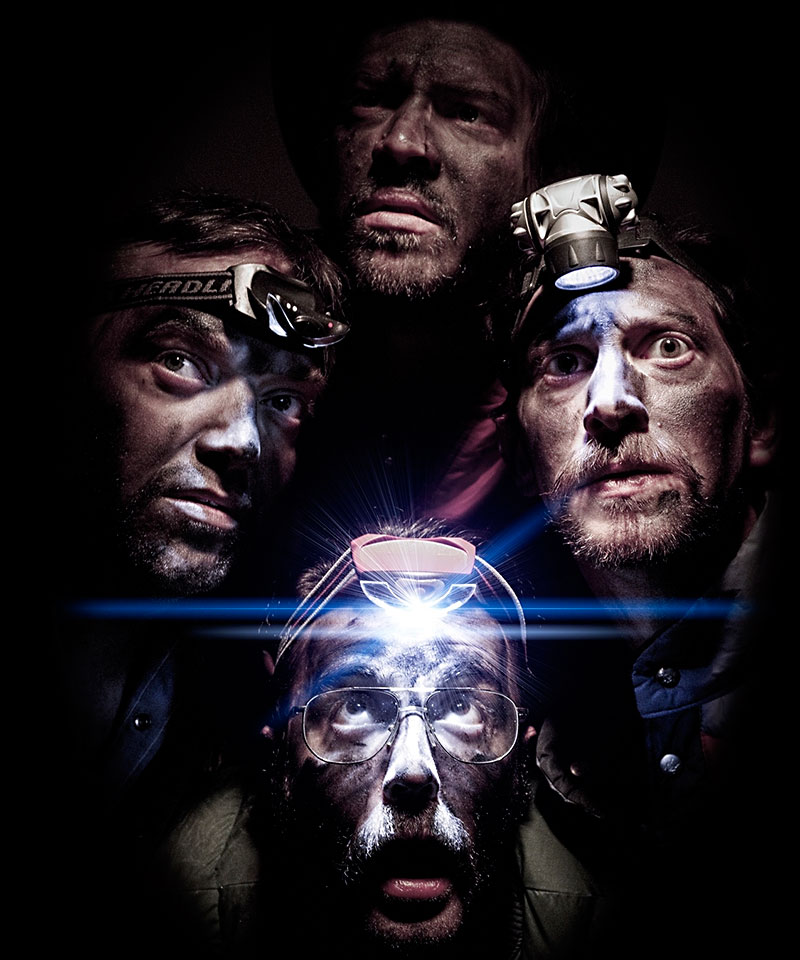 In the dark, there is a thundering sound made up of boots stomping and clanging pipes and men shouting. A mine has caved in, and miners are scrambling for an air pocket. They find one: directly underneath the roots of a petrified tree that could come down on top of them at any moment, or never.

The five miners who initially survive the cave-in make up the five characters of Casey Wimpee's Butcher Holler Here We Come, co-produced by Brooklyn-based company the Aztec Economy and Austin's Theatre Synesthesia. If being trapped in a collapsed mine weren't bad enough, one man is barely breathing, another has what looks like a case of Lyme disease but no medicine, another is high on something not meant for humans, another has something to hide, and the safety inspector seems entirely too calm. And there are no lights, apart from the headlamps on the miners' helmets.

There are a lot of things Butcher Holler is not. It's not a realistic, documentary-style story about what happens in most mine collapses, with men deep underground trying to hold on to hope as their families wait in anguish miles above. It's not a sympathetic elegy to Appalachian coal culture, which has gotten so much airtime recently in presidential politics. It's more a stylized drama about five miners in conflict with one another and with nature.

That stylization, which is emphasized under the direction of Leah Bonvissuto, is both the show's strength and where the potential for controversy lies. With the rush of overlapping lines and fast delivery and near-total darkness, this isn't the kind of audience experience where you hang on every word, because you can't. Words and actions tumble past, and you catch what you can to build an understanding of the story. It's more musical in its execution than narrative.

But to stylize the lives of these men, who seem more lifted from their context than an actual part of whole communities, arguably makes use of the characters and their tragedy without giving the people who actually exist in Appalachian mines their full dimension. Using the word "exploit" to describe what is done here opens the door for a political debate, which is not the intent of this review. Only, to put it bluntly, artists should be careful not to lift characters from their context just so they can get five great parts for men that involve lots of shouting and physicality.

All five actors in the run's first weekend (the cast changes slightly each week) were deeply committed to their parts. They are technically great performers who power their accents and physicality with the humanity of their characters. The volume, speed, and tension remain high throughout, but it's also hard to see where the script might have permitted calmer moments.

Butcher Holler Here We Come is a powerful sensory experience. How much it illuminates about the actual world that exists for miners can be debated, but there remains much to be appreciated in the production's staging. 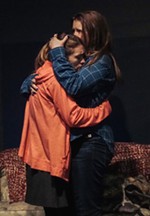 Theatre Synesthesia's The Fault
In Katie Bender's play, an American family tries to save itself from being shaken apart

Theatre Synesthesia's The Brutes
Casey Wimpee's original drama is about a Civil War-era family, but it's deeply relevant to our own fractured time