When Moontower returns this weekend (April 19-22), it will feature a bevy of comedians whose acts, in the tradition of Notaro and Bamford (themselves honoring the groundbreaking storytelling of Richard Pryor), pivot in part on grief in everyday Americans' lives. No surprise there, of course, since every performer in the lineup is currently dealing with the looming death of their democratic freedoms.

Yet only a small number, including but not limited to Barry Crimmins, Patton Oswalt, and Ali Wong, continue to discuss their perennial recovery from assorted traumas. Of late, these inimitable comics have used their platform to talk through the current personal catastrophes shaping their points of view. Far more than politically topical opportunities – though health care, sexual abuse, and the national opioid epidemic will certainly come up – these tragedies offer windows into the damaged psyches of our country's best stand-ups. For them to heal, we have to laugh. www.moontowercomedyfestival.com

Laughs come especially easily with Crimmins, a legend on the Boston stand-up circuit who released a new special, Barry Crimmins: Whatever Threatens You, on LouisCK.com last October. Over a 30-year career, Crimmins has built a legacy on righteous ferocity toward corporations, bureaucrats, and those factions of society that wish to hurt the little people. As he says of the two-party system in Whatever Threatens You: "There is a nickel's worth of difference between Democrats and Republicans. If I take a nickel and I put it [here], the Democrat would steal it from me, and the Republican would kill me for it."

In the special, Crimmins pushes his uninhibited intensity to new heights of insight and social conscientiousness (just after the election, he tweeted, "I don't know about you, but I rather enjoy fighting fascism.") His trademark anger is no gimmick, however: As the stand-up makes no habit of hiding, he was sexually abused for years, a detail explored in depth in Bobcat Goldthwait's documentary Call Me Lucky.

That fact creeps into his recent material both explicitly and implicitly. He advises in Whatever Threatens You: "Don't trust anyone who wants to be in charge," referring equally to the Catholic priest who raped him as to the self-proclaimed Abuser-in-Chief. Their comparability is not lost on Crimmins, whose Moontower appearance promises vim, vigor, and a willingness to put his internal damage to hilarious use. As he told Conan O'Brien in December 2016, "I feel like I'm in a bad cop movie. 'Well, the old lieutenant's got one more shift before he retires.'" (Fri., April 21, 9:30pm, Antone's) 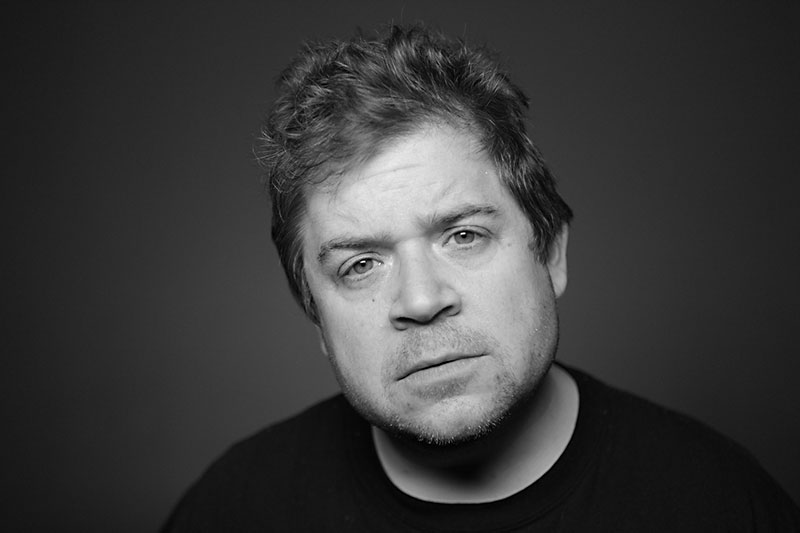 O'Brien's show also provides insight into what Moontower attendees can expect from this veteran headliner, a recent victim of major personal upheaval. On Conan last September, Oswalt joked: "I'm a widower. If I put it in really basic terms, I'm like every bad Eighties sitcom. There's a dad raisin' a kid by himself ... except my Eighties sitcom sucks."

Oswalt was referring to the heart-rendingly sudden death of his wife, writer Michelle McNamara, on April 21, 2016. After some months, the comic began opening up about his family's tragedy onstage, infusing crippling grief with the pop-culture literacy and magical-realist pep for which he's become renowned. Rumors surfaced that he was reigniting his mythic Patton Oswalt & Friends show in Los Angeles; and in Sep­tember 2016, he received his first Primetime Emmy for writing his hourlong Netflix special, Patton Oswalt: Talking for Clap­ping. That special was released on April 22, 2016. In an outrageous coincidence, Oswalt's Austin show will take place on April 22 – a day after the one-year anniversary of McNamara's passing.

As the Chicago Sun-Times recently reported, Oswalt is on tour to prepare a strongly intimate new hourlong special. The comic told Stephen Colbert that while he anticipates accusations of insensitivity, he feels that "in a really weird way, it takes you out of your own head and your own ego" to incorporate personal calamity into his onstage work. With such auspicious timing, Oswalt's Moontower set is sure to tread a fine line between uproarious and upsetting. Performing, he says, "is a way to make the darkness feel uncomfortable with itself for a little bit." (Sat., April 22, 9:30pm, Paramount) Perhaps no Moontower headliner is as exciting a prospect as this unparalleled performer. After years as an actor and comedy writer, Wong rose to prominence last year when Ali Wong: Baby Cobra became a sleeper hit for Netflix. Brimming with machine-gun quips about sexism in the workplace or teaching men to love their prostates – the "magical clit in his butthole" – the special was justly named to several Top 10 lists.

Wong was seven-and-a-half months pregnant when she filmed it; buried within the spitfire jokes were stories of the comic's previous miscarriage and painful fertility struggles. Thankfully, she has since brought her pregnancy to term and become a bona fide star with sold-out shows around the country. In March, she told New York magazine, "I have this fantasy of relaxing and doing nothing. But I'm obviously very passionate about stand-up comedy."

While having a baby is not necessarily tragic, newborns can still provide obstacles for rising comedians to maintain their heat. As Sarah Silverman recently tweeted, "As a comic always working & on the road I have had to decide between motherhood & living my fullest life & I chose the latter ... you can't take babies on the road." Wong has expressed related anxieties, telling NPR last August: "Even now when I go out, people are like, 'What are you doing here? Didn't you just have a baby?'" Her concerns are both problematic and exciting: Wong has a gift for turning broad social concerns into adamantine one-liners. It seems that nothing, no matter how life-changing, can slow her down. (Fri., April 21, 9:30pm, Paramount)

A version of this article appeared in print on April 21, 2017 with the headline: Making Tragedy Funny Again