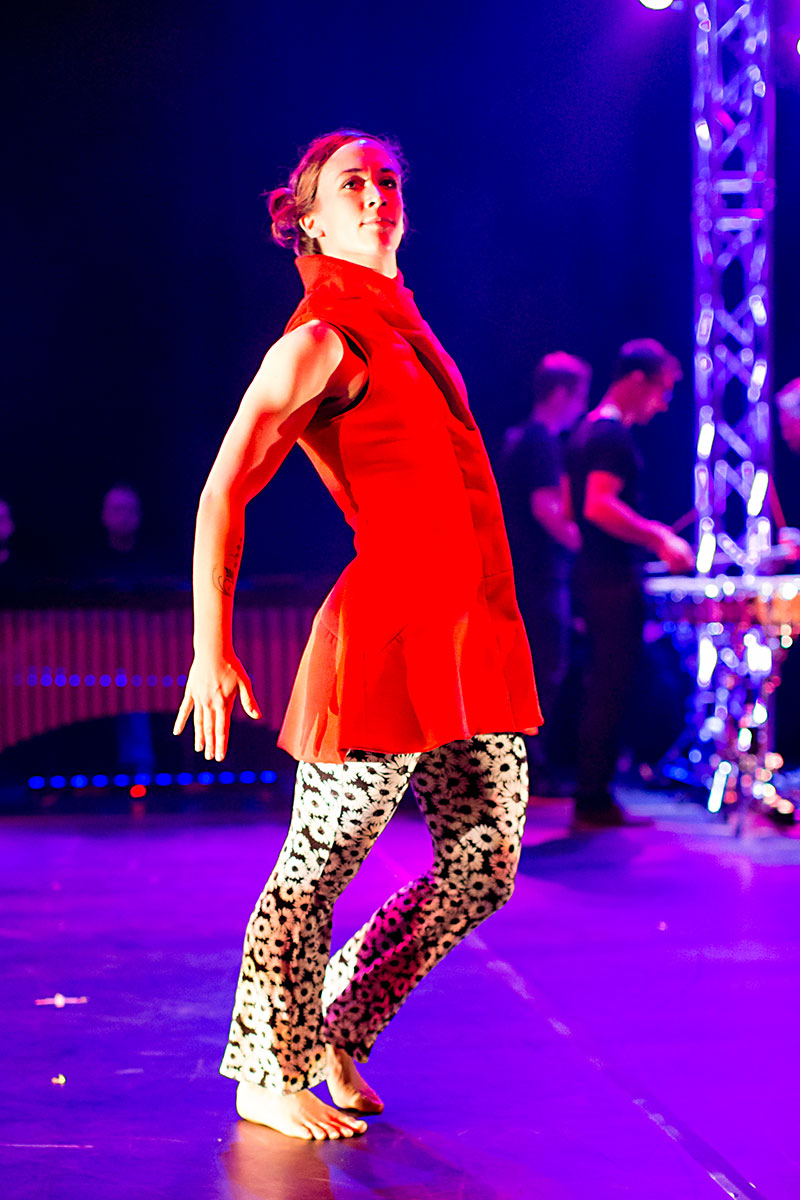 When I was still new to Austin, in 2008, I interviewed Ellen Bartel about the dance festival she directed, Big Range Austin. Austin was a choreographer's town, not a dancer's town, she told me. Although Big Range introduced me to many dancer-choreographers whose work I still follow, Austin was known as a great place for growing as a dance maker but not a place where top-notch dancers could get the work they needed to stick around.

After Bartel ended Big Range four years later, Kathy Dunn Hamrick, in many ways, picked up where Big Range left off, developing the one-day (now one-weekend) Austin Dance Festival out of an annual fundraiser for her company. This year's juried festival presented 23 companies and independent artists on three programs at Ballet Austin's headquarters, plus an outdoor performance by the mixed-ability group Body Shift, a youth concert, workshops, artist interviews, and a flash-mob style performance outside City Hall. (Full disclosure: I was one of several jurors for this year's festival.) The very first program of the festival, on Saturday afternoon, proved one way in which Austin has changed over the last decade: There is no longer a shortage of dancer talent. Although this program also included work by artists from Huntsville, Texas, and Astoria, N.Y., the most fulfilled works were from right here at home.

Take the two solos on the program of seven works, both danced and choreographed by Austinites. In "Salud," choreographed by Hamrick, Lisa Anne Kobdish, a member of her company, was grounded and graceful, cheeky and buoyant. Hamrick's versatile dancers are usually enmeshed in her intricate ensemble works, so seeing Kobdish, in a red funnel-necked dress, carry the entire mood and story of Hamrick's dance was like having a master chef make you toast, from scratch. Later, "Tikling(bird)," choreographed and danced by Alexa Capareda, nodded to the traditional Tinikling dance of the Philippines, in which dancers hop, imitative of the region's tikling bird, between a pair of bamboo poles that are rhythmically slapped together (sort of like double-dutch, but more dangerous). Capareda left out the poles and instead embodied the bird itself, using her abundant comic talents as, in a cheerful yellow dress and neckerchief, she flipped her bangs and preened for the audience. As rich as it was hilarious, the dance crowned Capareda a virtuoso of bird dances, drawing not just from the Tinikling but also from the canary and bluebird of Sleeping Beauty, as well as "The Dying Swan" (and Les Ballets Trockadero de Monte Carlo's famous parody of it) to create a fragile, ridiculous, fully realized creature.

Another work by a local artist, Amy Morrow, for her group the Theorists, was danced by four enthralling dancers plus the expansive Morrow herself, on crutches while recovering from a bad ankle sprain. Rather than take herself out of the piece, Morrow brought her injury, and the crutches, into it, investigating their effects on movement and their possibilities. With her ankle taped in black to match the dancers' dresses, Morrow swung both legs high between the crutches and found advantages in the wider range of stability they offered. The other dancers joined her in vignettes, all standing one on leg, or, better yet, on their heads.

There was one work that disproves my theory, however: Erica Saucedo, dancer and co-choreographer of "Vis-à-Vis" with Kaitlyn Bishop, who graduated from the University of Texas' dance program in 2014 but now claims a New York City address. In a long golden-yellow dress and with a red flower behind one ear, Saucedo giggled compulsively and traced the perimeter of the stage, avoiding and inevitably encountering Bishop, a specter in a black lace dress, who clung to Saucedo like a dark mood. Like Kobdish, Capareda, Morrow, and others, Saucedo, a young dancer with aplomb, power, and grace, is a dancer of a caliber we wouldn't have had much chance of seeing a decade ago. In 2017, though, she looked right at home. 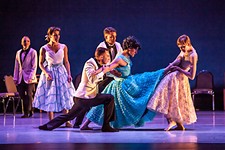 Festival Flood
A brief guide to the 13 – count 'em, 13 – arts fests coming your way in April and May