A Guide to Austin Stand-Up

Who makes the jokes, where you can see them, and who keeps the scene running in a city where laughing matters 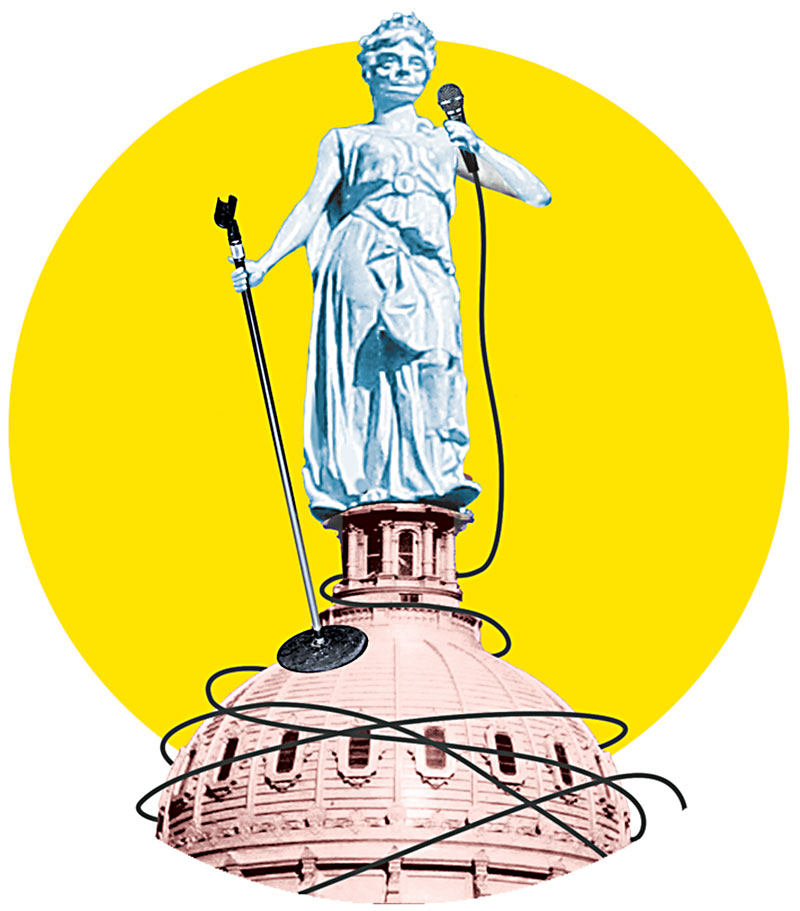 A hundred comics walk into a bar.

No setup for a joke here. It's literally what happens at Cap City Comedy Club every May when the Funniest Person in Austin contest hits the finals round. Actually, that number might be conservative since twice that many folks enter the competition each year, and even those who don't move past the prelims are curious to see who wins. That so many locals will go onstage and try to elicit laughs from a few hundred strangers, in pursuit of a thrift-store cape and crown, and whatever bragging rights accompany the title, is a measure of how engaged this city is when it comes to stand-up. Simply put, people here are funny.

The funny of Austin – that's as in ha-ha, not the overworn word starting with W – has taken many forms through the years (O. Henry's newspaper The Rolling Stone, University of Texas satirical rag The Ranger, humorists Cactus Pryor and John Henry Faulk, underground comix, the Uranium Savages, Esther's Follies, Master Pancake, Greater Tuna, the O. Henry Pun-Off, sketch groups, the mighty improv scene, etc.), but the form that's achieved the most prominence and acquired the greatest reach in the last 30 years is the one in which one person at a mic faces off against a crowd with a quiver of hand-crafted punch lines. Thanks to two longtime clubs, Cap City and the Velveeta Room (aka the Velv Comedy Lounge), stand-ups have had a place to hone their craft and commune with other comics. They've received support from local pros with industry connections that helped them make the leap to major comedy festivals across the continent, and network television and cable. Comics here have made an MTV sitcom (Austin Stories), co-starred on a series with Zach Galifianakis (Martha Kelly, Baskets), and won the internet (Chris Cubas, @midnight With Chris Hardwick). They get booked alongside big names at big festivals here – even music festivals. And as with the music scene, people move to Austin to be part of the comedy.

So in honor of April Fools' Day, the start of this year's FPIA contest this week, and the return of the mammoth Moontower Comedy & Oddity Festival (see "April Foolishness"), Chronicle writers Wayne Alan Brenner, Sean L. Malin, Ashley Moreno, and myself offer this introduction to the stand-up scene in Austin.

A version of this article appeared in print on March 31, 2017 with the headline: Laughing Matters