In playwright Annie Baker's fun twist on haunted house tales, you learn what it is to be watched 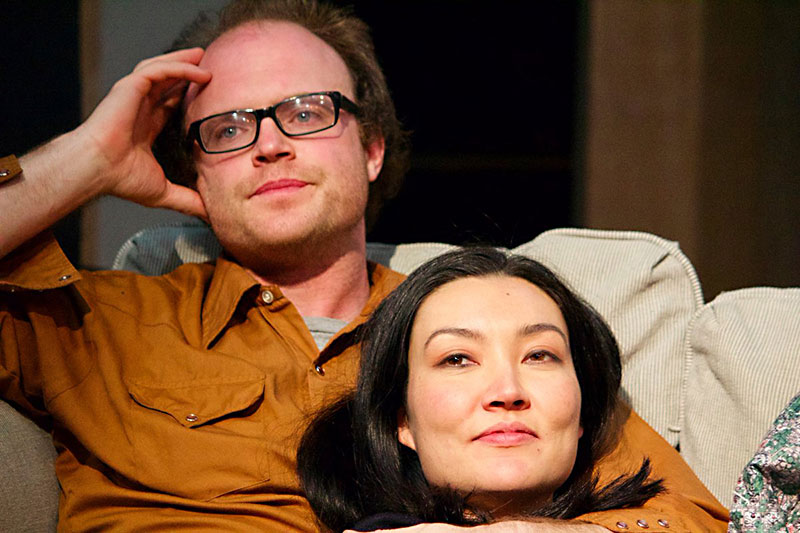 A bed & breakfast at night, near a former battlefield. A strange proprietor who claims her sick husband is just behind those doors, but you never see him. Ghost stories. A creepy doll. Rooms you're not supposed to go into. And a storm that traps everyone inside. These are all great ingredients for a horror story, and playwright Annie Baker has jumbled them together in a loopy, fun twist on the genre in John, currently being produced by Hyde Park Theatre.

Eli (Zac Thomas) and Jenny (Catherine Grady) arrive at a bed & breakfast near the famous Civil War battlefield at Gettysburg. The owner, Mertis (Katherine Catmull), greets them. She seems off in a creepy-but-amusing way. There's a pianola in the corner that starts up randomly from time to time. Jenny and Eli put on a nice public face, but they start fighting once Mertis leaves the room.

It's not until the second act when the thematic threads become apparent. Jenny comes back early from their tourism outing and spends a strange evening on the couch drinking with Mertis and her enigmatic friend Genevieve (Lana Dieterich, whose comic timing once again delights), a blind lady who casually mentions the time she went insane after she left her husband. At that point, it's not so much the narrative that is gripping as it is the ideas at play: the feeling of being watched, what it means to trust someone, the lies we tell every day, how we navigate differences in romance. The characters communicate in a language that makes sense in the same way as pictures that only show up if you let your eyes slip out of focus.

Jenny admits to having cheated on Eli. But their crumbling relationship serves more like background music to the loose melody of female stories that occupy this nutty space. The horror references coalesce as one spends more time in this imaginative space controlled by women. The characters are accustomed to being watched, to being seen as objects, to living with a background danger so consistent that it's not worth getting worked up over. As Mertis says, the Jackson Room misbehaves from time to time, but it's fine, it's just fine. I mean, it's not fine, but how about the Chamberlain room instead?

The pace of the production is slow. In his curtain speech at a performance last weekend, HPT Artistic Director Ken Webster made a point of saying that the show is shorter than its New York production, but even in this apparently abbreviated version, there is silence that drags. Baker's script leaves room for big nonverbal moments, but as talented as the actors are individually, as a group they don't always bring out the things that happen in the emptiness.

The set from Mark Pickell is intricate and yet another smart maneuvering of multiple rooms into the tiny Hyde Park space. The lighting by Don Day is sharp. Some conversations take place offstage, and the volume of those scenes is too low, an occasional blemish on a smart production of a wise and rare play.