Comedian Bonnie McFarlane Is All Over SXSW

A memoir, a podcast, a doc – McFarlane has lots going for her 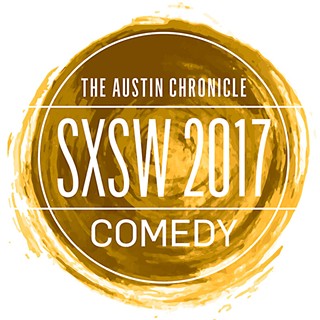 Finding Bonnie McFarlane at SXSW 2017 won't be a problem. The comedian who took on – and took down – the fallacy that "women aren't funny" in her 2014 "cockumentary" Women Aren't Funny, and who continues to put the lie to it every time she takes the mic, is booked at five events, including one with her name front and center: Bonnie McFarlane presents These Four Dudes (Sat., March 11, 11pm, Hideout Theatre). The wealth of appearances comes as no surprise given how much McFarlane has done to distinguish herself in the comedy scene. In addition to the film, her facility at audience interaction earned McFarlane a spot on the first season of What's Your Fucking Deal?!, Big Jay Oakerson's crowd-work-only series on streaming platform Seeso, and got her invited back for season 2 as well as a live version at this year's South By (Sun., March 12, 10pm, Esther's Follies). For six years, she and her husband, fellow stand-up Rich Vos, have let listeners eavesdrop on their marriage in the weekly podcast My Wife Hates Me, and since Vos is also booked at SXSW 2017, the two will tape this week's installment in Austin (Sun., March 12, 6pm, Esther's Follies). Globe-trotting omnivore Anthony Bourdain was a big enough fan that he had McFarlane help "roast" him at a 2012 celebrity event, then last February he not only published her first book, an account of growing up on a farm in Cold Lake, Canada, where she yearned for a life in comedy, he also wrote the foreword. The title, You're Better Than Me: A Memoir (Anthony Bourdain/Ecco, 288 pp., $15.99), may sound like the kind of self-deprecating humility for which Canadians are notorious, but you won't hear much of that in McFarlane's stand-up. Her onstage persona is much more badly behaved, a figure more inclined to traffic in vanity, jealousy, selfishness, and ill-conceived activities like texting while driving and leaving your child alone in the car. She's closer to being the stereotypical Canuck's evil twin. Case in point, this line from her act in which she anticipates Vos' demise: "I love my husband. I just think I would love him more in retrospect, you know, like when I'm selling his stuff on eBay or putting up the missing poster."

A version of this article appeared in print on March 10, 2017 with the headline: Bonnie's Bounty

SXSW 2017, SXSW Comedy, Bonnie McFarlane, Rich Vos, My Wife Hates Me, You're Better Than Me: A Memoir, What's Your Fucking Deal?!, Big Jay Oakerson, Would You Bang Him?