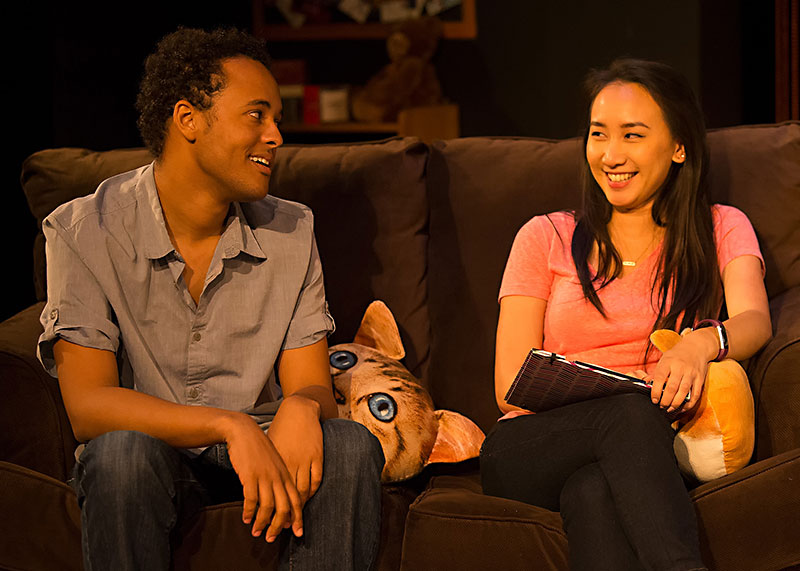 Sue Nguyen is hungry for the American Dream. As a little girl, she sat behind the counter in her parents' store, watching TV and making up stories about the people she saw in the aisles. Now, as an aspiring writer and college junior, she has her own fit-for-prime-time mix of existential experiences to sort through.

In addition to exploring identity and self-expression in a culture that demands assimilation (a word Sue is learning that often equates to whitewashing), Sue is also coming to terms with the recent death of a parent, and all the while she's navigating run-of-the-mill American college girl milestones.

Needless to say, it's a lot to juggle. But Sue isn't alone. She has Talisa, her best friend, and the Coffee Club, a study spot and performance space near campus. As Sue begins to truly grow into herself, she meets Cash, a hunky mister of a barista who gives Sue a much-needed shot of confidence, and her first kiss, to boot. As these star-crossed lovers get closer, they discover that both of them have changed their names – not because they wished to be called something different, but in order to minimize judgment and marginalization in a culture that can be less than kind to people of color. However, as Sue begins to fall for Cash, they, and Talisa, discover that marginalization does not necessarily unify marginalized cultures.

The ensemble cast is a delight to watch. Uyen-Anh Dang makes an adorable and enthusiastic protagonist of Sue in an honest portrayal that's not afraid to get down-and-nerdy. Matrex Kilgore channels the spirit of Peter Pan in Cash, a poet still searching for something but not looking too hard to find it. Jeffery Da'Shade Johnson takes surly to epic levels as Rashad, owner of the Coffee Club and occasional sage, and Toni Lorene Baker's Talisa is a whip-smart ray of sunshine.

But the best part of the evening is hearing BettySoo play. During certain interludes in the story, the lights dim, a spotlight comes up, and a single woman with a guitar breaks your heart in the best possible way. Her songs are both simple and ethereal, and act as inner glimpses into Sue as she feels her way through this chapter of growing up.

At almost two and a half hours, the show makes a slightly hefty commitment, but one that's definitely worth it. It's a story about letting go of what the world thinks you should be, embracing yourself, and going for it. And that's as American as it gets. 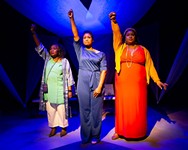 Color Arc Productions' The Mamalogues
In the world premiere of Lisa B. Thompson's play, the lives of single black mothers are seen, and felt