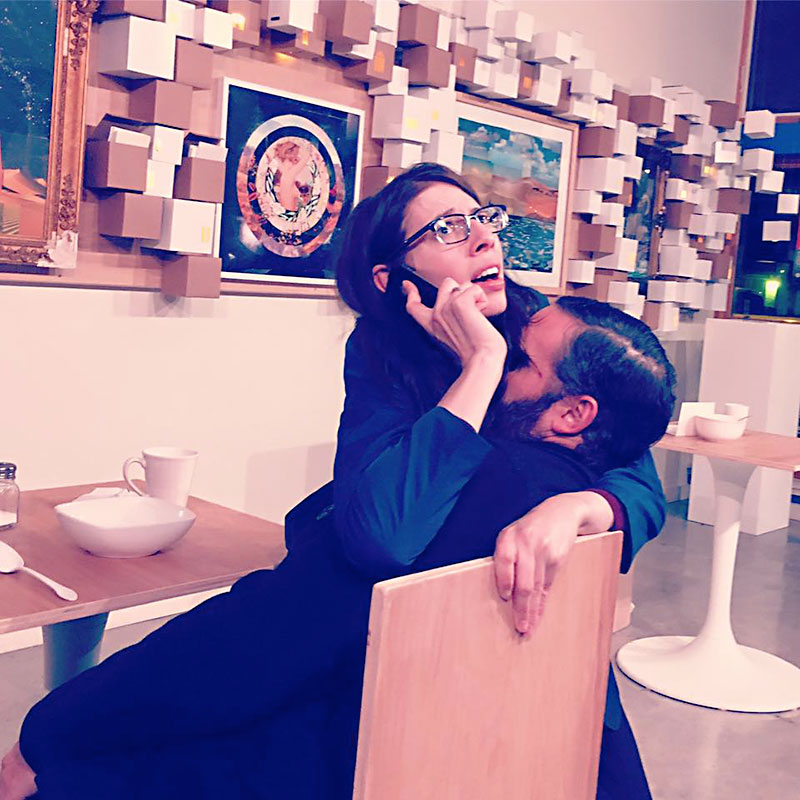 A woman is sitting by herself in a cafe when she hears a phone ring. It's coming from the next table over, and the man doesn't answer. The woman, Jean (Bridget Farr), ignores it, but it rings again. And again. She asks him to answer it, but he doesn't move. Or breathe. It turns out, at some point during her meal, he died.

She uses his phone to call EMS, but then it keeps ringing. She answers and begins the process of tangling herself up in the life of the deceased Gordon Gottlieb (Maeson Wiley) and his family. At a certain point, Jean can't stop herself from answering the phone, which never stops ringing. She falls in love with a dead man, without the faintest idea of what he was really like.

Sarah Ruhl's play is, like her other work, funny and charming. The characters are delightful in their idiosyncrasies, even when they happen to be despicable people. The story turns out to be a lighthearted meditation on love and death, if such a thing is possible. Once characters meet in the afterlife, the rules of this universe aren't entirely logical, but the play embraces the silliness of it all in a way that works. What matters in the end are the choices each character makes, and this play about the cell phone of a guy who died sitting up in a cafe becomes a life-affirming story about the love between humans.

Director Lindsay Doleshal leads her cast through the production admirably. It's a quick, enjoyable story, and the company succeeds in making even the hilarious moments into touching insights. All of these actors perform their parts beautifully and honestly. Each of them discovers where the comedic timing lies in Ruhl's script. They also scale back their performances appropriately for the small gallery where the show is staged on some nights. (The production has two locations, depending on the evening.)

The set design from Ia Ensterä (also co-artistic director) is an example of how to make a nontraditional space work for a play. It's deceptively simple: some chairs, a couple of tables, a handful of props. But Ensterä is a smart designer. She has made the set-pieces modular, and they even complement the art on display at Link & Pin. The parts of the set that aren't furniture possess exactly the same degree of goofiness as Ruhl's story.

The only problem with staging the show at a small art gallery is that seating is limited. The intimate performance is lovely; one only wishes more people could see this gem before it closes. 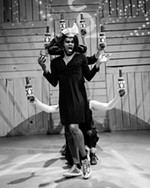 En Route Productions' *some humans were harmed in the making of this show
CB Goodman's play is memorable for its exuberant satire, but an abrupt hairpin turn toward the serious makes the show even more memorable