Uncommon combinations – dance with horses, music with robots, drama with a Tesla coil – made the year unforgettable 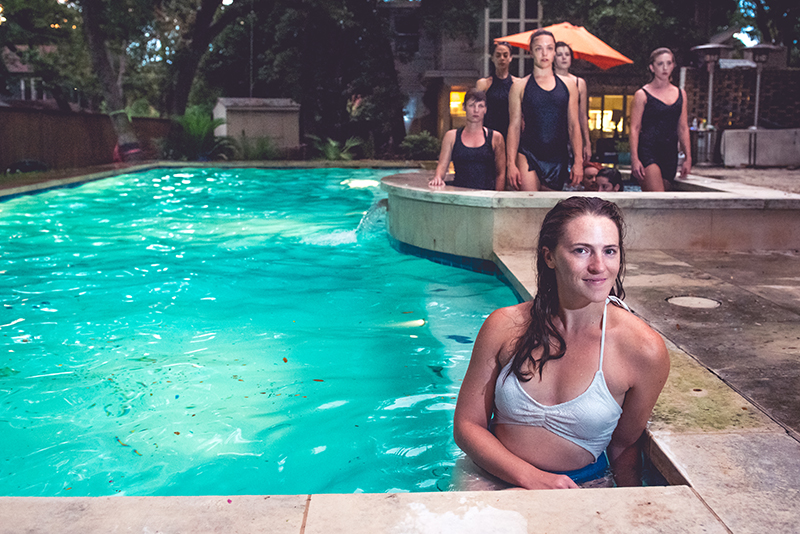 1) JENNIFER SHERBURN IN GENERAL, BUT ESPECIALLY ARENA A sudden marvel on the dance scene this year, whether performing, choreographing, producing, or joining forces with Natalie George Productions to create a new site-specific show each month for 11 months. But Arena, Sherburn's inaugural and horsey Hill Country spectacle, remains the most monumentally impressive.

2) DIMENSION GALLERY Difficult to single out just one exhibition at Colin McIntyre and Moya Khabele's Eastside gallery, as all the shows have been as compelling as they've been different. The sole venue in town devoted to displaying only 3-D works, Dimension pleases my aesthetics so powerfully because many of the folks involved are blacksmiths and are all hands-on (elsewhere) with the iron and the fire – and that heavy industry echoes even when the artists are working in delicate ceramic, plastic, wood, or feathers.

3) THE DEFIANT THOMAS BROTHERS (Out of Bounds Comedy Festival) No, they're not from Austin. Yes, they're from Chicago. But what this two-man sketch troupe from the Windy City presented at the 15th OOB was the funniest, most provocative, and audience-rocking show I've seen in all the festival's years. Seth and Paul Thomas, please give us an encore – and, FFS, know that we'll need your intelligence and humor more than ever during the next four years.

4) WITH GREAT DIFFICULTY ALICE SITS (Salvage Vanguard Theater) Hannah Kenah's surreal tragi-sitcom about a pregnant woman who's expecting, and expecting, and expecting a baby that just doesn't want to be born was like a combo of the funnier parts of Beckett and the bleaker parts of Seinfeld as directed by David Lynch. With Jenny Larson's staging, Kenah as the titular preggo, and some astonishing magical realism among the props and set design, the whole thing is a weird and cherished stain on my memory.

5) FRESH SQUEEZED OUNCE OF OPERA (One Ounce Opera) Not content with performing the tastier bits of classic opera in unusual settings or putting a self-challenging Jackass twist on their annual fundraiser, Julie Fiore and company put out a national call for new contemporary operas of just 10-20 minutes. The submissions came in from everywhere; the five best were chosen, rehearsed, and performed in a terrific April show at the Museum of Human Achievement. New, original works – short and accessible – rendered in this seemingly outmoded and rarefied medium? Way to remain relevant, OOO.

6) SUBJECT TO CONTROL (American Berserk Theatre) The first effort from Kaci Beeler and Curtis Luciani's American Berserk Theatre was a hilarious look at two researchers in a post-apocalyptic self-actualization study facility. With writers Beeler and Luciani perfectly embodying its characters, the show covered such compelling psychological and philosophical ground, was infused with so many universally relevant insights among the arch dialogue and wild antics, that Chronicle writer Shanon Weaver called it "cerebral slapstick." Yeah, oh yeah: More of this, please.

7) "JAN HEATON: THE MARKET" (Davis Gallery) As stained glass is so often the choice of illuminating what goes on in a church of soaring dimensions, so watercolors are Jan Heaton's choice of illuminating what goes on in the even greater cathedrals of nature. YMMV regarding which gambit will get you closer to heaven, but there's no denying that Heaton's painterly skills and color sense border on the divine.

8) PONYTRAP: PROMETHEAN WALTZ (Stateside) Look, this citation isn't another celebration of music, OK? This is all about the robots, see? It's all about the theatre of vaguely anthroform machines committing percussion onstage. Just because humans Hilary and Quentin Thomas-Oliver (on cello and viola, respectively) exude sonic beauty with alt-folk balladry and badass rocking, abetted by their thumping apparatus, doesn't make this another exhortation of our constantly hyped music scene, OK? Don't even.

9) SONG ABOUT HIMSELF (Capital T Theatre) Cap T's Mark Pickell had such a sockdolager of a hit offering Mickle Maher's There Is a Happiness That Morning Is – a sort of modern rom-com celebration of William Blake's writings – with Katherine Catmull, Ken Webster, and Jason Phelps, that he decided to stage Maher's Song About Himself – a sort of Black Mirror celebration of Walt Whitman's writings – with those same actors. Holy shit: We'd be happy to see variations of this combination again and again and again.

10) REQUIEM FOR TESLA (Rude Mechs) They brought it back. After more than a decade, Austin's Rude Mechanicals – always with the innovating, groundbreaking eyes to the future – always working on something new – finally brought back one of their earliest and best works. Thank you. Thank you. And (a third time, for dear Nikola) thank you.

A version of this article appeared in print on December 30, 2016 with the headline: Top 10 Arts-Related Program Activities of 2016