Examining the Sins and Virtues of Hypermasculine Theatre

When is violence in theatre too much? 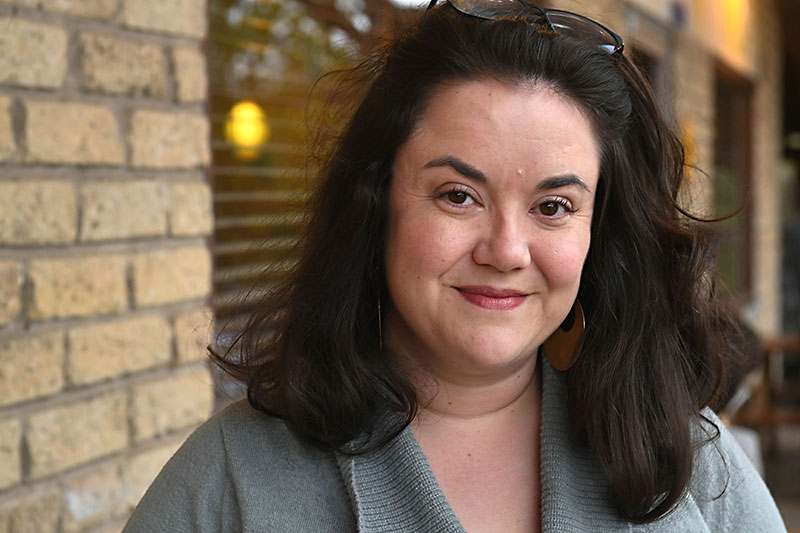 This past June, a Chicago theatre company became the focus of national attention when the Chicago Reader published a 12,000-word article detailing allegations of abuse, harassment, and unsafe working conditions at the company over a span of 20 years. Much of the response to the story naturally centered on Darrell W. Cox, the longtime artistic director of Profiles Theatre and the person charged with most of the violent behavior and misconduct cited in the exposé. Some of it, however, turned to the plays with which Profiles – and Cox – were most closely associated: dark and gritty dramas, often violent and/or sexually charged, with the action typically driven by white males – for lack of a better word, they might be called "hypermasculine." In the Seventies and Eighties, David Mamet and Sam Shepard were the poster boys for this type of drama. More recently, the banner has been taken up by the likes of Martin McDonagh (The Lieutenant of Inishmore, The Pillowman), Tracy Letts (Killer Joe, Bug), Neil LaBute (Bash: Latter-Day Plays, Fat Pig), and Jez Butterworth (Jerusalem, Mojo). The Reader feature portrayed Cox as being drawn to these types of intense, emotionally and physically violent plays that let him indulge his darkest desires in the name of artistic authenticity.

At issue wasn't the plays' culpability in Cox's actions. After all, they had been produced throughout the world – many of them here in Austin – with no Profiles-esque patterns of behavior emerging as a result. And brutality on the stage has a long history, notes Mark Pickell, artistic director of Capital T Theatre, which has produced The Lieutenant of Inishmore, Bug, and Killer Joe, as well as Shepard's Fool for Love and A Lie of the Mind. "This is not a new phenomenon. Audiences have always enjoyed the cathartic moments of violence that occur onstage, whether that is 2016 or 1592." He chooses to stage such plays because, he says, "I like things that are messy and provoke the audience to think about things they might be uncomfortable with, but have a good time while they are watching it."

Still, there is a distinct difference in agreeing the plays aren't responsible for behavior and believing they may be irresponsible in general. The argument has been made that such plays, even when their intent is to criticize or satirize testosterone-fueled behavior, too easily serve to reinforce and disseminate attitudes of sexism, misogyny, violence, and the continued empowerment of systems of white male oppression. The popularity of these narratives, what they foster, and their effect on disproportionately represented communities – particularly women, people of color, and LGBTQ citizens – is of great concern to many theatre-makers. "There's only so much 'violence against women as antihero character tic' that I can consume," says Austin playwright Adrienne Dawes (Denim Doves, Am I White), whose work often explores hot-button societal issues such as racism and feminism. "I won't be in that room as an artist or audience member. Sometimes I think we forget that our participation in this type of narrative/storytelling is voluntary."

Rudy Ramirez, a multifaceted artist, director, teacher, and Ph.D. student at the University of Texas at Austin's Performance as Public Practice program, acknowledges that some of the stories told in so-called hypermasculine plays have merit, but adds that it's crucial to examine our intentions in mounting them. "If you are going to tell a story about violence against women, then a lot of good attention needs to be paid to the subjectivity of the women in these stories," he says. "How do they respond to the violence done against them, and how is the story itself contingent on their response? If the story is focused entirely on the male characters, if the women react in ways that further cement misogynist cliches, then chances are the violence is just there for shock value, and shock is, for me, a very boring emotion. I think this is the big question worth asking: What does it mean for us that violence has become, perhaps, the ultimate signifier of 'The Real'?"

Intention also matters deeply to Jess Hutchinson, a graduate of the MFA directing program at UT-Austin and founding member of groundswell, a collaborative theatre collective focused on the further development of Austin artists. "When I see young women coming into auditions with monologues from [LaBute's] Reasons to Be Pretty or Fat Pig that have the major objective 'to have my humanity as a woman validated,' it makes me sick to my stomach. It always comes back to why: Why are we telling this story? Why is this an essential way to explore this question? Sometimes we need darkness and grit. What we never need is the demeaning of women for its own sake. For me, it always comes down to intention. I believe that if you are going to have moments of extremity onstage, it must be essential to the narrative and the narrative must come with a clear why. Personally, I don't need more plays that only tell me the world is falling apart and people are shitty to each other. I want to make and see theatre that offers some possibility of grace, hope, renewal. To me, we have an opportunity as theatre-makers to create plays that are tiny engines of empathy."

For some of the theatre artists who favor plays that might be considered "hypermasculine" (and in the interest of full disclosure, I count myself among them), empathy is key to their successful production. Ken Webster, artistic director of Hyde Park Theatre and a member of the Austin Arts Hall of Fame, says, "What I really look for in a script is a great story, well told. I'm interested in flawed characters that audiences can still have sympathy for. And it's true, many times those scripts are dark and edgy. Some of the kindest people I know make the darkest art." Adrienne Dawes
“There’s only so much ‘violence against women as antihero character tic’ that I can consume. I won’t be in that room as an artist or audience member.” – playwright Adrienne Dawes

For 13 years, Melissa Livingston and I staged plays of this nature almost exclusively under the banner of a chick & a dude productions, but whether the play was Mamet's Glengarry Glen Ross or Keith Huff's A Steady Rain, we rejected at every turn the impulse to merely show "badass dudes being badasses." "With a lot of these plays, the masculine characters are often played to a stereotype in which the masculinity or violence turns to caricature," says Livingston, currently a candidate in the MFA directing program at the University of California, Irvine. "With those violent characters, I look for the humanity behind their actions. Most evil deeds are born from a person's flawed desire to do what they believe is right. By seeking and playing to that human drive, we allow the audience to feel empathy for someone doing awful things. And if we as artists can elicit sympathy, empathy, and compassion for a character that we know to be wrong, then hopefully we will open our hearts to understand those people in our day-to-day life."

"I am a fan of any type of theatre that causes people to think and feel," says Theatre en Bloc Artistic Director Jenny Lavery, whose company has produced LaBute's Fat Pig and Mike Bartlett's Cock. "I think Fat Pig can be interpreted as hypermasculine, but it can also be interpreted as what the unfortunate reality is in most work and social settings – where there is not gender equality and men have certain privileges and allowances that women do not. If crafted well, these scripts can open up dialogue within the communities where they're produced. Like anything though, crafting a thoughtful dialogue within a community takes careful planning."

"At some point, it's also a question of access and inclusion," Hutchinson adds. "If we continue to privilege the white male story – even if we're turning it on its head – we're excluding a lot of other authentic voices from the conversation and perpetuating the ubiquity of the white/male experience as 'normal' or 'default.' That keeps current power structures in place, structures that allow 'boys will be boys' as an actual excuse for everything from unequal pay to harassment to rape."

Dawes echoes Hutchinson's sentiment in stating how she feels about the impact hypermasculine plays can have on women, people of color, and LGBTQ or other marginalized communities. "We want to see ourselves onstage," Dawes says. "We want to see our stories. We want to see challenging work with complex characters. We all want to play to the top of our intelligence with fun, juicy material. And if everyone is regurgitating the same kinds of stories with the same people, we all lose, we all fail. Austin does not have enough quality work, and there are so few companies in town that invite new performers of color, queer performers, or performers with disabilities to be in the room. We can do better. We can do more."

We can, and we must. One need only look at our recent presidential race to know that further dismantling of these systems and cultures is needed, with the now president-elect's cavalcade of offenses – from the mockery of a differently abled reporter to "pussygate" – showing us just how important promulgation of these ideas can be. While the issue of hypermasculinity in theatre may boil down to theatrical taste for some, there is a responsibility that comes with putting a story onstage for public consumption and reflection. We must give due diligence to what these plays are saying, to whom they're being said, and their effect on audiences. This beautiful, powerful tool we've been given must be wielded appropriately, if only for its ability to subtly change the human condition like a river through bedrock. Theatre should be the beginning of a conversation rather than the end.

A version of this article appeared in print on December 9, 2016 with the headline: Is the Play the Thing, Though?