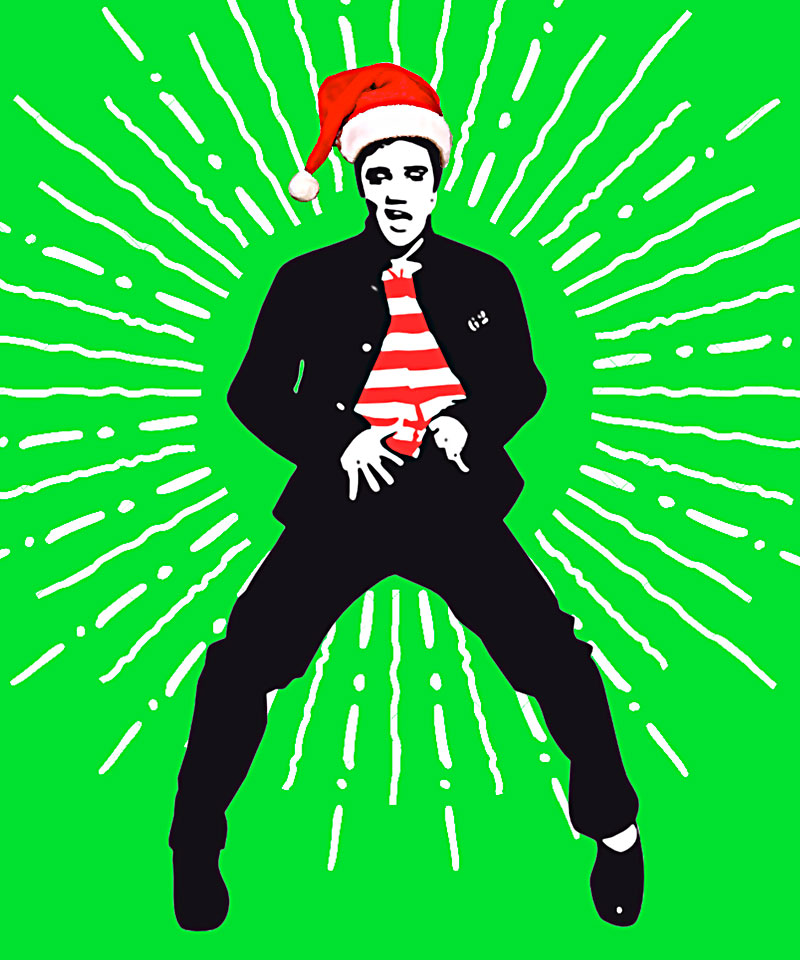 Most hit musicians who have left life since the days of Bill Haley & His Comets seem content to remain up in Rock & Roll Heaven. But there's one member of that band who roams restlessly through our world like the captain of the Flying Dutchman or Jacob Marley's ghost. Of course, I speak of the King, Elvis Presley, whose spirit is with us ever. If you are one who can never get enough of the man, the legend – or know someone like that – take note of these upcoming manifestations that might make a great holiday gift.

ColdTowne Theater has found a 1970 TV special that Elvis created as a follow-up to his comeback special but which never aired. It's said to be "the greatest story ever told with the devil's music" and features guests Johnny Cash, June Carter, Dolly Parton, Bing Crosby, and the Sex Pistols! Hey, the photo of Elvis looks a lot like Kim Lowery .... Through Dec. 17, Sat., 8:30pm, ColdTowne Theater, 4803 Airport. www.coldtownetheater.com

Elvis & Me: An Evening with Priscilla Presley

The first lady of rock & roll takes the Paramount stage to share stories of life with the King – their romance, living in Graceland, the turmoil of Elvis' passing. She'll not only show hand-picked home movies and photos from her personal collection, but for the first time, Priscilla will answer audience questions directly. Moderated by Joe Nick Patoski. Wed., Dec. 14, 8pm, Paramount Theatre, 713 Congress. www.austintheatre.org

For 30 years, Ted Roddy & the King Conjure Orchestra have marked the birthday of the King (Jan. 8, as if you didn't know) with a spectacular show at the Continental Club. Roger Wallace & the New Blue Moon Boys open with covers of the early-Elvis catalog, then Roddy and crew bring it home with a hunka, hunka burnin' late-Elvis love. Sat., Jan. 7, 7pm, Continental Club, 1315 S. Congress. www.continentalclub.com

The life and times of Elvis as revealed through a multimedia spectacle, with live musical contributions by champions and finalists from Elvis Presley Enterprises' worldwide Ultimate Elvis Tribute Artist Contest (with an "Ann-Margret" joining in the fun on a Viva Las Vegas segment). Thu., March 2, 7:30pm, Dell Hall at the Long Center, 701 W. Riverside. www.thelongcenter.org