Book Review: Today Will Be Different 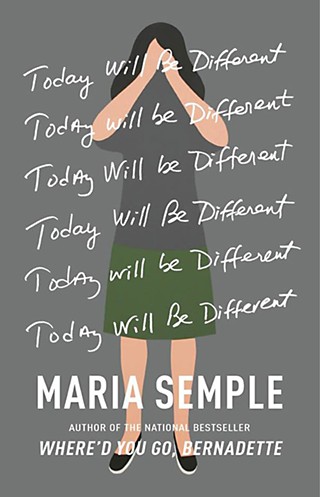 Today is the day Eleanor Flood finally gets her act together. Today, unfortunately for Eleanor, has different plans.

Maria Semple trades in a distinctive style of madcap. She's a former TV writer and producer for Mad About You and Arrested Development, among others. As a novelist, her Where'd You Go, Bernadette flew up the bestseller lists a few years ago – and for good reason. With it, Semple found a groove that is both subversive and heartfelt with a plot that moves like it's on greased rails.

Today Will Be Different still has her distinctive voice but is, in fact, a much different book than her recent bestseller. Unlike the teenage daughter protagonist in Bernadette, Eleanor Flood is a hard woman to warm up to, seemingly bitter about having upper-middle-class white-lady ease complete with kid and dog. There's a Real Housewives quality to her complaints that make her appear too shallow to be terribly interesting.

Then Semple starts to open up what's going on in Eleanor's head, bouncing from her past as the head animator on a wildly popular TV show and her present as a would-be memoirist with writer's block. Then Semple has you and perfectly captures what it feels like to be a parent and a sibling and a wife and an artist, especially one who continuously feels that she is doing it all imperfectly. Which is, likely, just about a human who has a family, whether biological or chosen or some combination thereof.

With Today, Semple fuses the heart of Mad About You with the absurd comedy of Arrested Development into a story that is compulsively readable and more resonant than it first appears.

Today Will Be Different


Maria Semple will speak about Today Will Be Different in the session “The Tight Quarters of Time and Space,” with Amor Towles (A Gentleman in Moscow) and moderator Amanda Eyre Ward, on Sun., Nov. 6, 3:30pm, in the Omni Ballroom. 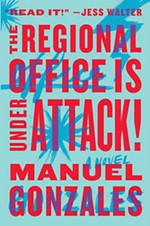 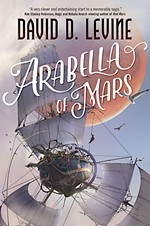