The company has gathered all the right people for this beautiful, painful, timely tale of a man and a woman in a dying world 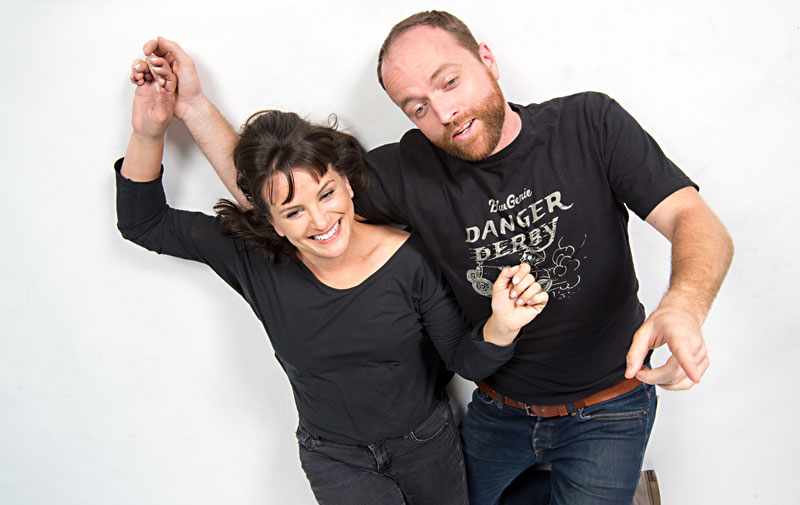 Ours is not the first generation to live in fear of the future. Humanity has survived plagues, world wars, and threats of nuclear holocaust. Perhaps what marks this particular episode in history is the sense that, for those who recognize climate science for what it is, the end has already begun. Against this backdrop, we live our lives, still driven by the same impulses to love and create.

So yeah, if you're experiencing a heavy load of anxiety this political season, Lungs is not exactly going to relieve that. But you should see it anyway. It is the beautiful, painful story of a man (Michael Joplin) and a woman (Liz Beckham) hoping to lead good lives as good people together. Into a world they fully recognize as dangerous and overcrowded, they consider bringing forth a baby: one more person to add carbon to the atmosphere and meaning to their lives.

The two characters remain unnamed in the play, and they exist as two beings in a mostly empty space (scenic consultant Bruno-Pierre Houle, lighting design Natalie George). They move toward and away from each other like particles in opposition and attraction, and there's a third, silent presence: the possibility of the child they want to create.

As they work out whether they should or shouldn't or can or can't have a baby, the dialogue between the man and woman rises far above a simple "Should we? I dunno. A baby would be so cute." And it's not that the substance of what they say in the Duncan Macmillan script is entirely original, either; most of the feelings the characters express are hashed out publicly in internet think pieces most of us have seen in forums like Slate: She's worked hard to establish herself professionally; he wants to create something of both of them; they both feel powerful, opposing animal instincts. But in Lungs, these feelings and problems are not abstract. Under Lily Wolff's direction, the two actors give remarkable, deeply honest performances, showing the complications of trying to exist ethically in this decade. The pacing of Macmillan's script is impressive as events are compacted to their most essential moments.

For all that it relies on a single, heterosexual relationship to convey this much of life's complexities, Lungs may be the best representation yet of the experiences of older millennials. The play doesn't concern itself with the usual bits about the generation as self-obsessed social media junkies. To a center-left audience (which, if you're reading an arts review in The Austin Chronicle, statistics suggest that you are), these characters are ideal representatives of the supposedly generic couple: youngish, white, straight, intelligent, skeptical of marriage, painfully aware of the world's problems, irrationally hopeful for a solution. If one can accept these two individuals as stand-ins for the people of our own communities, the play delivers a textured, honest depiction of how humanity is attempting to move forward.

A nod of appreciation to Hyde Park Theatre for gathering all the right people for this script and staging it at this time. Lungs is a smart, insightful play given a beautiful production from a truly talented group of artists.