Like a fairy in her YA novel The Radiant Road, the Austin author keeps transforming the mundane into lovely art 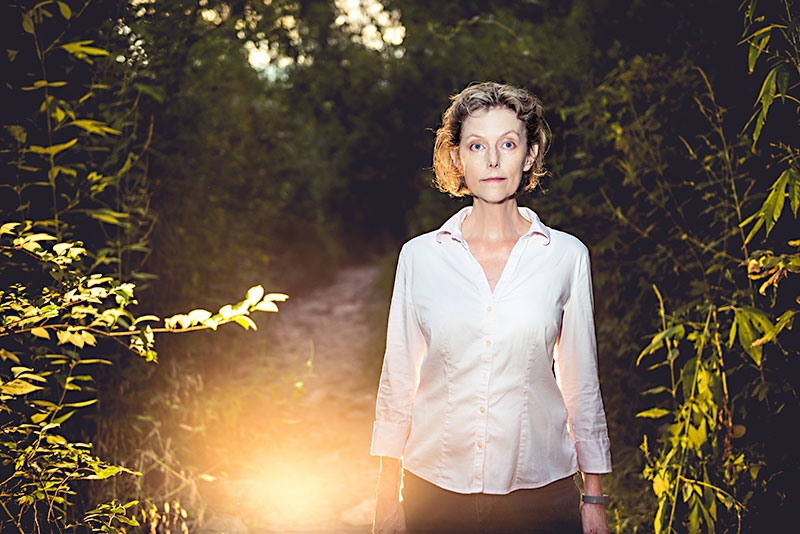 She's always creating at least three things at once. Katherine Catmull has just returned to Austin from a West Coast sojourn (that included legs in Yellowstone and at Burning Man) to immediately jump into rehearsals for the next play on Capital T Theatre's season (Song About Himself, opening Oct. 27 at Hyde Park Theatre), get cracking on a new collaboration with Physical Plant Theater, and sink her teeth into drafting what will be her third book. It hasn't left much time to celebrate the critical success of her latest YA novel, The Radiant Road (Chronicle review, Jan. 22), but Catmull doesn't seem like a person inclined to sit still and accept praise. She is, however, happy and generous enough to speak about how The Radiant Road came to be in advance of her Texas Teen Book Festival appearance on the "With Great Power ..." panel, Sat., Oct. 1, 3:30pm, at St. Edward's University.

Austin Chronicle: For many Austinites, you are someone they were introduced to as a theatre artist, then as a writer. Are there ways in which your acting work supports or inspires your writing? Are there times when you find the artistic approaches in conflict?

Katherine Catmull: They're quite different, actually. Acting is more like reading than writing. You fall into someone else's world and identify with it, laugh with it, cry with it, etc. I mean, it's harder than reading, of course – says the woman who is currently learning a massive line-load for a gorgeous, extraordinary play, Mickle Maher's Song About Himself, but that's the core of it. In writing, you're making the world, which is a lot harder.

I also have a lot of anxiety and walls around creating, as many people do. Theatre has this great built-in cattle prod: Show up and work, no matter how you feel, or you're ruining things for everybody. For writing, it's just you and the blank page and the A/C fan and the birds outside and the snoring cat and maybe I should go fix myself a snack, that might help ... Basically, it's just much harder to do the showing up.

AC: There's a charming story as to how you came to write your first novel, Summer and Bird. What was the impetus for The Radiant Road?

KC: One impetus was a project I did for my niece Emma. Her parents had made her a fairy house – it appeared one day against the wall of their porch. My sister invited me and one of our sisters-in-law to create some fairy activities to go along with it. Our sister-in-law is a wonderful artist; she made all sorts of charming little objects. I am not an artist at all, so I made a game. The fairies left a note one morning explaining, "We are very good at giving gifts, and very very good at receiving them. A pebble would not be taken amiss if you have one to spare."

So Emma left a pebble, and the next day it reappeared transformed, as a gift to her: an amethyst geode. Later, another note appeared: "If you have a Dead Fly to spare, we'd be most grateful." She left a dead fly, and the next morning it was returned, again transformed, this time into a cloisonné butterfly.

I was obsessed with that project while I worked on it, and that idea of fairies as creatures that take the mundane things of our world – mushrooms, say, as [the fairy] Finn does [in Radiant Road] – and make lovely art out of it, that was so compelling to me.

AC: Both The Radiant Road and Summer and Bird are ostensibly modern, but your particular brand of magic lends them such timelessness. Is that something you cultivated on purpose or a quality you found developing as you wrote? Are there pieces of art with that same sense of universality/fairy tale eternity that have inspired you?

KC: I wonder if it's because when I was a book-hungry kid, I so often found modern books unsatisfying, so "dumb" or "baby" feeling. Consequently, I read a great deal of turn-of-the-century and Victorian children's literature, especially British children's literature, just because the language was more satisfying and challenging.

So I think I'm very influenced by the Alice books, and to a lesser extent by At the Back of the North Wind and other George MacDonald, by Kipling and Stevenson, by The Blue/Yellow/Etc. Fairy Books – plus Americana like Alcott and Twain, or Maida's Little Shop and The Five Little Peppers.

All those old, lost worlds haunting my childhood may have bent my sense of time – I mean, as a child, I was far more invested in those worlds than in our various suburban backyards. So those rabbit holes and secret gardens and enchanted woods are the worlds I associate with childhood.

AC: You write in short form for The Cabinet of Curiosities (now collected in a book of the same title); have written plays, including one recently performed in ScriptWorks' Out of Ink 10-minute play festival; have written journalistic pieces for this publication; and now you have two standalone novels. Do you find you have to switch between different writer brains?

KC: Short stories are so nice for letting you play with a technique that would be hard to sustain in a novel. And it's so satisfying to have something done in a couple of weeks rather than a couple of years. Short plays are fun for the same reason. I've been stealing wisdom from Steven Dietz workshops – he is a brilliant teacher as well as a brilliant playwright – to get better at them. I also have a long-half-finished full-length play, and I am going to finish it, as God is my witness [shakes fist at heavens].

Right now, I am working on a fascinating project commissioned by Physical Plant Theater: a piece that takes place over several months on your phone, entirely in text messages, using the characters from Summer and Bird. Steve Moore, Physical Plant's artistic director, is a superb playwright and superb dramaturge, and I am learning so much from him and this process about story and structure. It's like writing a novel in haiku; it's so curiously both compressed and extended. It goes up in January, and I hope lots of people, teenagers on up, will sign up for it.

AC: You've just returned from attending Burning Man for the first time. Were there any visual spectacles that started your brain churning for new stories?

KC: I'm working on a novel now in which fire is an important element, and Burning Man was – predictably, I guess, but I didn't predict it – mind-blowing in that regard. You know how fire is not a thing, it's the result of a process. It's like a speedy form of rust, in a way – they're both oxidation. Watching the fire crawl gloriously across the face of the burning Temple, I kept thinking: Are we ourselves the fire that animates and consumes our bodies? Do you know what I mean? Time is like the oxygen, my body is the fuel, and combined, the two explode into a flame that is me – and that by its nature cannot last.

Gosh, that sounds like a children's book, am I right? JOKE.

Also, the art at Burning Man is tremendously inspiring. There was a piece called the Lighthouse – actually several full-size lighthouses, leaning at skeewampus angles, filled with strange, meticulous, gorgeous detail. I burst into tears inside one, it was so beautiful. And at the end of the week, like the Temple and the Man, it was burned to the ground.

AC: The Radiant Road is such a love letter to artists and the importance of preserving and valuing creativity as a young adult. Are there words of wisdom/warning/encouragement you wish you could transmit back in time to your young self? To the new readers and writers who will get to see you speak at the Texas Teen Book Festival?

KC: Yeah: Please make. Don't stop. The secret of making – what makes it so hard and also so satisfying – is that every tiny decision has to come from your soul. There's nowhere else for it to come out of. It's where you transmute all the dumb, tiny stuff in you – your old griefs, your inexplicable preferences, your sense of humor, your broken parts, your anxieties and fears, your furies, your longings – into something new. Something that's just yours. It's your voice in the world, your truest voice. Don't quiet it, for heck's sake. We need more of that kind of noise. Especially we need more noisy girls. Girls! Get noisy!

A version of this article appeared in print on September 30, 2016 with the headline: Maker's Marks 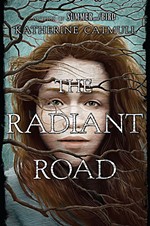 The Radiant Road
Author Katherine Catmull elegantly summons a fairy-tale timelessness for this YA story of teen anxieties, fairies, and creativity