"Sum You Some Me" at Butridge Gallery

This show pairing artwork by Felice House and Dana Younger feels dedicated and warm, a committed homage to the body 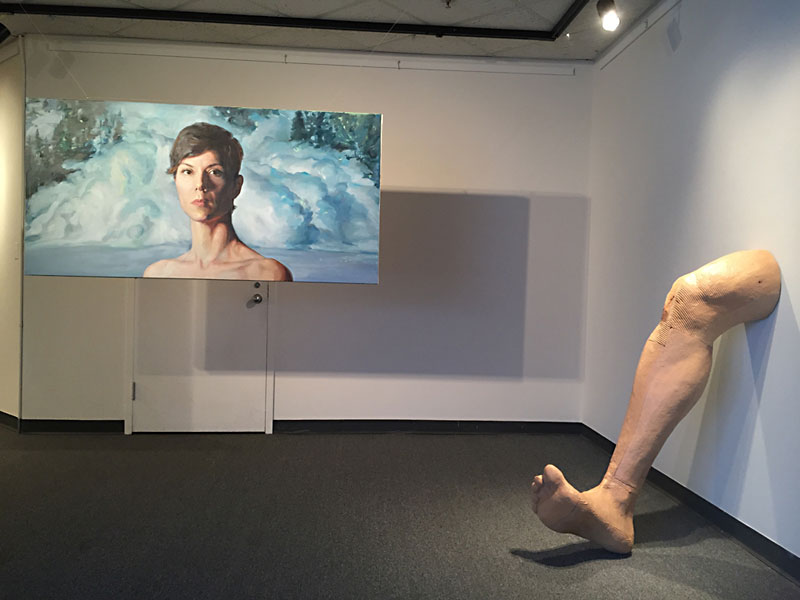 There are no robots in Felice House and Dana Younger's "Sum You Some Me," but there is a curious phenomenon discussed in the study of robotics that is worth mentioning. The "uncanny valley" refers to the moment a person realizes the differences, and the eerie similarities, between a human-like object and a real human, and experiences feelings of revulsion. Robotics is not my field (though I did own a Teddy Ruxpin as a kid), which means I am free to disagree, at least a little: The acknowledgment of something human in the inanimate may indeed be revolting, but it may also be thrilling, even comforting, as we recognize in the object the familiar shape and presence of another being like ourselves.

There is a moment in "Sum You Some Me" that strikes me this way. The show is a collection of body parts rendered in sculpture, painting, and charcoal. A massive torso with its back to us perches like a white monolith at one end of the gallery, while elsewhere smaller torsos twist and flex on walls and pedestals. Larger-than-life wood sculptures of arms and legs protrude from the walls or balance in the air. Interspersed with the body parts are drawings and paintings of women's faces. A wall of charcoals, each titled Being-in-the-World (Meenal), Being-in-the-World (Nedah), and so on, offers portraits of women with unruly heads of hair that is not hair, but a variety of foliage and profuse leaves, some tugged free by the wind.

The show feels dedicated and warm, a committed homage to the body. The statement at the entrance describes a dichotomy between male and female, but I gather more of the feminine here, which is fine. The show can feel disjointed at times, as though its pieces are too much themselves and not as interactive with one another as they might be, but that moment I spoke of above, the uncanny and awesome one, does happen. It is most notable in the tension between All I Have Been Seen Done (Stasha), one of several large oil portraits of women, this one confronting us head-on while what looks like an avalanche unfolds behind her, and Everything Done-to-Me (right leg), a wood sculpture of a naked leg that sticks out of the wall beside the painting as if a giant is about to come through. They are unalike in almost every way, and yet, like the eye combines separate film cells into a single story, I am compelled to fold these two pieces into a single being. The painting is perhaps feminine, while the leg could be either male or female, though the roughness of the wood inclines me – rightly or wrongly – to think it is the leg of a man. However, whether this being, in its entirety, is obviously male or female is largely irrelevant. What matters more is the way the mind can work so easily between two disparate objects to make a realizable whole. Even the composition of the two, the painting long and parallel to the ground, the leg sleek and perpendicular, is satisfying, complete, which are among the best things any piece of art can be.

If it were up to me, I would display these two pieces together under a single title. Of course, that isn't my prerogative. However, House and Younger set the moment up, by asking the necessary questions, executing the work, and curating its display in a confounding, and possibly eccentric, assemblage. For that, I am grateful.

"Sum You Some Me" 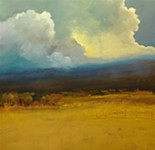 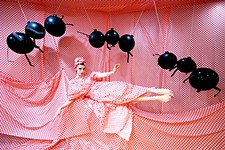