The images of war in Goya's prints are brutal and immediate, and it is for this reason that we must look at them 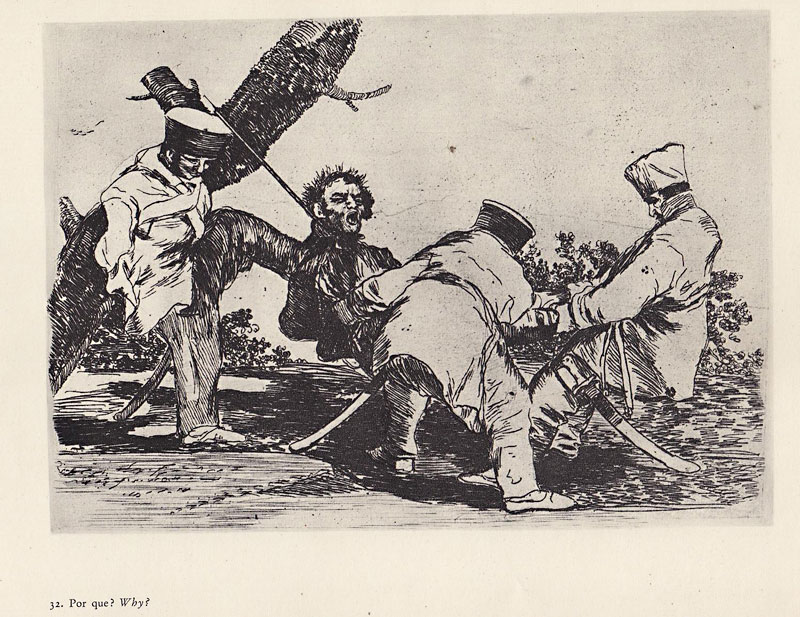 When painter and printmaker Francisco de Goya died in 1828, he left his Disasters of War series unpublished. The series of prints depicts Goya's perspective on Spain's war with the armies of Napoleon Bonaparte, then ravaging the country and its people. Included among the works are images of monsters and unreal creatures representing the various sins and uglinesses that the artist had diagnosed in his country. However, the majority are illustrations of atrocities, 64 plates encompassing the expansive human imagination for horror.

Viewing these works – part of the Blanton's "Goya: Mad Reason" exhibit – felt like a responsibility. To be more direct: It is your responsibility to see these works, preferably in person, where you can view them with background information and all at once. Or if you must, Google them right now. The Disasters of War is a chronicle, not only of a historical period or of a renowned artist's skill but also of our own most degraded impulses, impulses which are in action right now in war zones around the world. Goya's images of women being raped by conquering soldiers, such as No quiren (sic) [They Don't Like It] and Tampoco [Nor (Do These) Either], could have been drawn from any number of contemporary wars from Rwanda to Bosnia. The pile of lifeless bodies in Tanto y mas [Even Worse] looks like an image out of the Iraq War, Syria, or the Bataclan in Paris. Images of torture and execution such as Por que? [Why?], in which a man is strung by the neck to a tree and pulled by his feet as he howls with pain, are similar to scenes from Abu Ghraib or an ISIS propaganda video. The prints are brutal and immediate, and it is for these reasons that we must look.

As modern audiences, we are aware that photojournalists are talented with narrative and composition. They find stories in their subject matter and use the camera and editing software to tell them. Certainly, Goya had the eye and the wherewithal to manipulate the drama of his scenes. However, the techniques he employed seem to have been applied for the sake of truth rather than that of deceit. Facts are stubborn things, but they are too easily confined or taken out of context. Art, on the other hand – art such as Goya's – is vast and multilingual. It amplifies reality with compassion, making it possibly the most powerful lens for war.

In one plate a beautiful woman with light coming off of her like a saint lies lifeless on the ground, surrounded by distorted onlookers. The plate is called Murió la verdad [Truth Has Died]. Despite Goya's suspicion that truth was dead, it is its intimacy with truth that gives this series its urgency. Goya must have been aching to tell of the misery he'd been witness to, though once he'd done it, he apparently found that the truth he spoke was too bitter – too real – to be seen while he was alive. This is a sobering thought. We should be terrified by the inevitability that in our time truths are being told that are too awesome and frightening to be shared and are instead being silenced for future generations, when death has put their authors beyond the reach of those who would punish them and, worse, when it will be too late to do our moment any good. We should also be grateful for the truths Goya told during his own lifetime, for though they lay quiet until after his passing, we are rewarded with them now and may yet learn from them.