The Seven Skeletons of Lydia Pyne 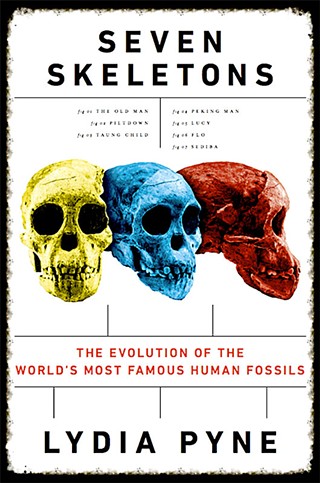 Lydia Pyne's got seven skeletons, and she wants to tell you about them. 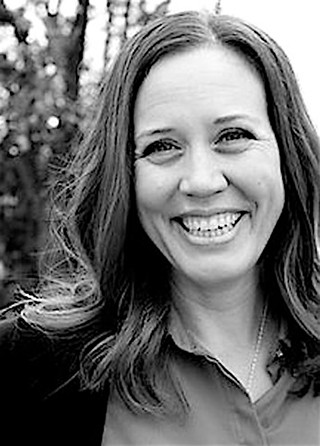 Wait, let's be clear: The skeletons don't belong to Pyne personally; they belong to all of us, to the world and its billions of humans, although of course the actual bones and fragments are in the possession of whichever organization is currently studying or displaying them.

But Pyne, an Austin-based science historian and paleoanthropologist, knows these skeletons. She knows them up-close and personal, these seven famous fossils that mark points in human evolution, and she knows what's happened to them since they were discovered, and her new book Seven Skeletons: The Evolution of the World's Most Famous Human Fossils is the multipartite story of precisely that.

Go ahead, read that title again. Note the exact phrasing and understand that what's being considered here isn't (or isn't only) the evolution of humans, but also the cultural evolution of the seven fossils post-discovery.

"A lot of the time, I think we look at fossils, particularly fossil hominids, and we see them as one thing," says Pyne as we talk inside one of modern humans' best creations: a coffeehouse that also serves beer and wine. "They're either evidence for evolution," she says, "and we get really into the nitty-gritty scientific details of it. Or we look at them as stories that we slot into the history of science. And what I wanted to do with Seven Skeletons was to bring those two disciplines together, to say that these fossils are about stories – but they're stories about science and they're stories about people, and that the fossils have biographies in and of themselves. So what the book does is to look at seven famous fossils that have been discovered over the last hundred years. We all know stories about Lucy, about the Taung Child, maybe the Piltdown Man; but what does it look like to tell the entire biography of the fossil from discovery to museum?"

So: Lucy, the Taung Child, and the Piltdown Man. Also: the Neanderthal of La Chapelle, Peking Man, Australo­pith­e­cus sediba, and the so-called "Hobbit" skeleton from Flores.

And if we were to ask a roomful of random paleoanthropologists if those are the seven hominid fossils they'd consider the most significant, would the answers be different?

"Probably," admits Pyne. "Because any time you ask people to pick the most or to make some listicle of stuff, you'll get different takes on it. But the seven that are here, I think most people would say, 'Yeah, those hit different strikes,' so I think most people would be comfortable with putting Lucy on the list and the Hobbit and Peking Man – that famous set of fossils that was lost during World War II – and a Neanderthal would have to be on there. So if that, as people worked to unpack these seven, it becomes a sort of case for why they're famous – and they're famous in different ways. But if you were to ask other people, they would probably say, 'How can you limit it to just seven? Not eight? Or 10? Or 20?' At which point you've written an encyclopedia! So it's a conversation that my editor and I have gone back and forth with, and in conversations with other anthropologists."

Seven Skeletons isn't Pyne's first book. That was The Last Lost World, an exploration of the Pleistocene epoch, written with her father, the environmental historian Stephen J. Pyne. "He and my mom, who has a background in archaeology," Pyne tells me, "they both encouraged being curious about a lot of things, of not pigeonholing yourself into one thing but to look for connections between things – whether it's science, literature, all of those things. And my dad and I were still speaking to each other when we finished writing a book together, so that's a major victory! I think my mom did ban discussion of the book at Thanksgiving one year – it was enough."

And Pyne's second book, ah, well – if you like books at all, you'll likely be thrilled that her addition to Bloomsbury's ongoing "Object Lessons" series is Bookshelf, a history of bookshelves that goes from the first library – at Ebla, in ancient Syria – all the way to those assemble-it-yourself things that Ikea gives adorable names to and sells by the hundreds of thousands. "I also went and researched medieval chain libraries in England, where the book is actually chained to the shelf," says Pyne. "And of course, the Kindle – which is like a modern version of those chained books."

But, yes, it's her third book, the one being presented to citizens of the Homo sapien variety among the well-appointed bookshelves at Sixth & Lamar on Tuesday, that we're considering here. The existence of which book naturally evolved, you might say, from the author's lifelong interests and cross-disciplinary academic path.

"I started as an English major, as a very naive freshman," says Pyne. "And ended up double-majoring in history and anthropology – those two, I think, have always complemented each other. I got a master's at UT, actually, in anthropology. And I did a master's in history and philosophy of science. And for my Ph.D., I started out in an archaeology program and finished the degree in history and philosophy of science. So it's always been a sort of back-and-forth, a give-and-take. And that's what I want readers to take away from Seven Skeletons: that these are complementary things, that science doesn't happen in a vacuum. It's not just people trying to figure out these bones, it's also people telling stories about them – and what those stories say about us."