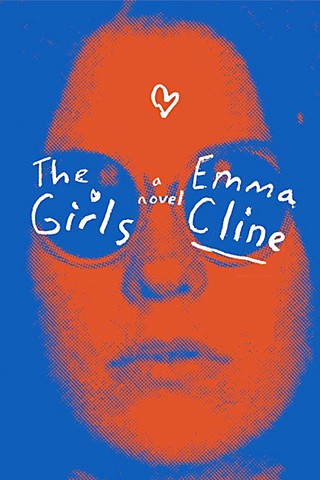 It's a story as classic and time-tested as American literature itself: Young first-time author writes a coming-of-age novel with some social significance, set (or not) in another time, illuminating the present, becoming an instant sensation. It could be J.D. Salinger with The Catcher in the Rye, Jack Kerouac with On the Road, Harper Lee with To Kill a Mockingbird. In the summer of 2016, it's California native Emma Cline and her debut, The Girls. Except Cline manages to weave the darkest byproduct of the Sixties revolution into the mix, giving a sinister twist to the tale.

It's astonishing, the immediate authority with which Cline spins the story of Evie Boyd, a seemingly lost soul forever touched by events experienced as a budding teen in northern California in the summer of 1969. Heiress to a classic movie star grandmother, adrift in the wake of her inheritance's dissipation, house-sitting for a friend who's also possibly a former lover, she's shocked into reminiscence by the unexpected visitation of her benefactor's young adult son Julian and his teenage girlfriend, Sasha. Their tattoos, loud sex, and general air of youthful insouciance, and his pot-running errands are making Evie feel more like a redundant specter in the modern age. But Julian remembers Evie was a footnote in a murderous hippie cult's legend, causing Evie's memory tapes to unspool wildly. Now she's slipping between a present where she feels uneasy and redundant in the light of these visitors' youth, and that magic summer when blooming adolescence in a broken home was soothed by seeming acceptance from a group of converts to a "whole new way of living" preached by Russell, an older ex-con in buckskin with pop-star aspirations and a yen for underage female runaways.

Now Evie's fully there: 14 years old, her father in a San Francisco love pad with a 20-years-younger new girlfriend, her stuck at home with a mother trying to find herself through every fad diet and spiritual hustle that late-Sixties California can muster, her only friend in the world pulling away from her. She spies a group of ragamuffin older girls dumpster-diving and is immediately drawn to their de facto leader, Suzanne. Soon, Evie's running away to live at the commune for days on end, returning home briefly for clean clothes, a shower, and a quick rifle through Mom's purse to help Russell's mission. The rest of their patronage comes via a famous rock musician, Mitch, who thinks Russell's a visionary and is seeking a record deal for him. Upon Evie's return from a stretch living with her father, she finds the communal mood grown dark and desperate after the record deal and Mitch's ties are both revoked, and heavier drugs than pot and acid are used. Now, Russell is bent on vengeance, meted through his underlings.

The one ham-fisted element in the mix is the barely disguised real-life inspiration for Russell, Suzanne, and the rest of the cult. Cline may as well have titled the book, in capital letters, YES, THIS IS THE MANSON FAMILY!!!! Or even attached a neon sign that goes off with their every mention. But how delicately can one render even fictitious avatars for Charles Manson, Squeaky Fromme, Tex Watson, etc.? Their crimes and their characters were heinous enough to rival Adolf Hit­ler for the title of the 20th Century's Biggest Villains. It's the only thing produced by Cline's otherwise deft hand that jars. Else­ways, her prose is expert and her characterizations delicate and nuanced, especially as Evie's sexuality grows more ambiguous in the wake of her blossoming crush on Suzanne. Comparing and contrasting her desolate adult emotional landscape, following a widescreen, Technicolor summer rendered tragic by its bloody end and Evie's knowledge that she was spared being forever tainted by her association with the cult, provides much depth and substance to this book. Evie will forever be in the small text of every book and website devoted to Russell and the cult, but was spared by an enforced distance. Yet occasionally, her minor association returns, raising nagging, unanswerable questions.

A strong, culturally seismic literary debut – neither Salinger nor Lee could ever follow up theirs. The dilemma made a weird recluse of Salinger, a spinster of Lee. It stilled the voices of both, their first books rendered solitary, monumental testaments. Cline is dealing with even more combustive material in The Girls. It would be tragic should this fate befall her. The Girls is possibly the first truly great novel of the 21st century's second decade. Here's hoping she has more volumes in her.

by Emma Cline
Random House, 355 pp., $27
A version of this article appeared in print on August 12, 2016 with the headline: I Know What You Did That Summer