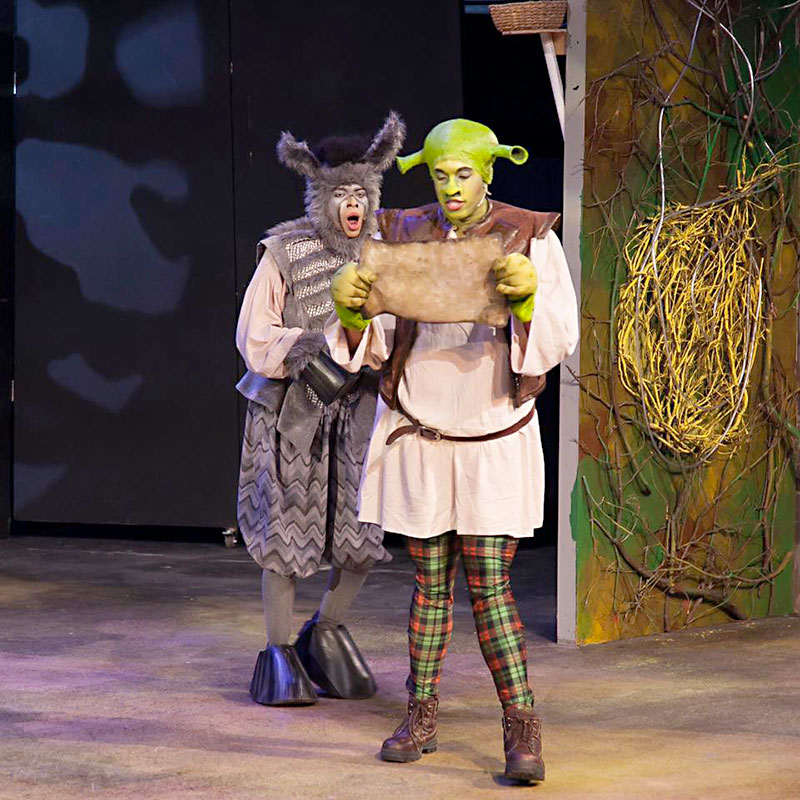 I'll forgo my typical opening for a review – usually an anecdotal analogy or whimsical musing before my analysis of the show I've seen – to immediately extend a solemn nod to every cast member of Shrek the Musical, taking the stage in full (and often furry) costumes, spitting in the eye of Austin's sweltering summer. This accomplishment alone earned my respect, as even a setting sun did little to mitigate the unyielding heat of the night.

Even pegged-out mercury can't stop an audience from enjoying a show of this caliber, though; the performance I attended was chock-full of families, sprawled blanket-to-blanket across the Zilker hillside, ready for the antics of that lovable ogre and company. Zilker Theatre Productions' staging, under Scott Shipman's direction, doesn't disappoint. Shrek is a spot-on choice for a summer musical – gaudy, hilarious, but lighthearted – and it's executed here with professional polish and precision. Catherine Brandt's scenic design seems to enlarge the Beverly S. Sheffield Zilker Hillside stage with some creatively transformative set pieces, in what may be the best use of the space I've witnessed. The script by David Lindsay-Abaire (Pulitzer Prize-winner for Rabbit Hole) plays out roughly the same as the DreamWorks Animation film, with a few clever lines added for this specific staging: Patrick King's Donkey, for example, makes mention during act one's journey that they are near "that bridge with all the bats under it." Susan Finnegan's music direction of a live orchestra delights, and the score by Jeanine Tesori (Caroline, or Change; Tony Award-winner for Fun Home) is upbeat and grooveable – I saw many a toddler bopping to the beat. The choreography by Judy Thompson-Price is sharp, fun, and as frenetic as it is kinetic. I don't wish to spoil, but fans of dramatic puppetry will not be let down by Celeste Castillo's entrance as Dragon – just one of the many impeccable costuming feats achieved by designer Carl J. Booker. And though Natalie George's lighting may amp up the heat on these performers, it's well worth it for the environmental nuance it creates.

A tight ensemble backs up Kyle G. Stephens' Shrek, with Andrew Cannata's stumpy Lord Farquaad and Bobby Tschoepe's Pinocchio as standouts. Stephens' Scottish accent is hit-and-miss, but his pipes more than make up for it. In playing Donkey, King knows that if something ain't broke, it's best not to fix it, so he virtually channels Eddie Murphy in vocal intonation and mannerism. And Sara Burke's Fiona is equally fiery and vulnerable as she grapples with her conscience over whether to keep her true nature a secret. One can't help but hope the show's core messages (know yourself, love yourself, accept yourself and everyone else for who you/they are) embed themselves firmly in the psyches of the youngsters present – a mix of ethnicities likely representative of our city's demographics on the whole. A nation as divided as ours is currently deserves the inclusive future that the show's philosophy offers.

There are a couple of small chinks in this otherwise shining suit of theatrical armor. Some of the film's adult humor doesn't translate that well to the stage; for example, Shrek's joke on seeing Farquaad's castle that the diminutive lord must be "compensating for something" drew a palpable cringe from some parents in the crowd just before a cherubic tyke near me piped up with "Daddy, what's that mean?" And for a tale in which the theme is acceptance of one's inner self and the beauty therein, there are more than a few jokes that countermand that message. Donkey sings of a fat kid loving cake, for example, and as the parent of a Type 1 diabetic, the line about "going together like donuts and diabetes" nearly elicited a vocal "That's not how diabetes works."

Still, these few small qualms reflect on the need for further societal improvement more than the quality of the show. At its heart, Zilker's Shrek is about the larger-than-life magic that can inspire the mind of a child while smuggling in a message of self-worth. And it never hurts to make theatre fans of children as early as possible. Great production values, wonderful voices, and lovely choreography don't exactly beat the heat, but they do prove an excellent distraction. 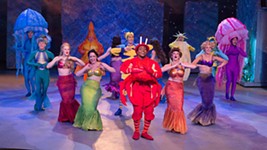 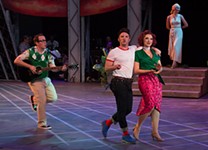