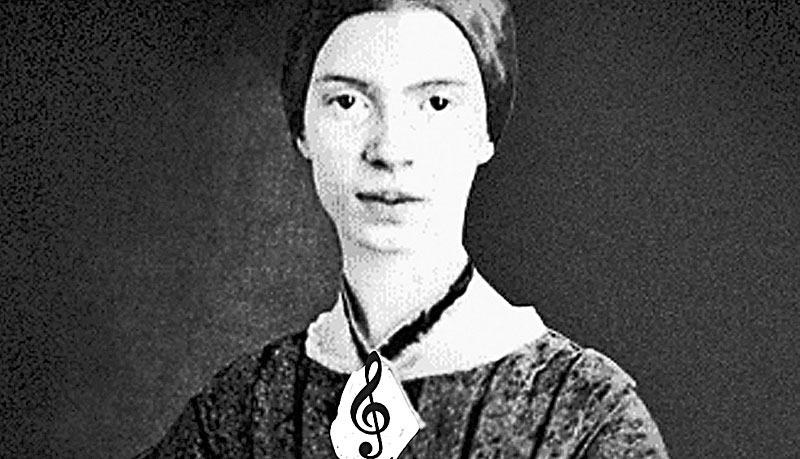 "Any time you combine words or literature or plays and music, they enhance each other in such a special way. The words can be really touching and special and amazing on their own, and then when they're colored with the sound of music, it opens up a whole different avenue for listening and feeling emotions for that."

So says Michelle Schumann, artistic director of the Austin Chamber Music Center, which goes a long way toward explaining why the 2016 Austin Chamber Music Festival, running July 8-24, includes on its 20th anniversary schedule some notable interminglings of text and music: a concert of Emily Dickinson poems turned into art songs by a variety of composers over the past 15 years, a work for string quartet and narrator based on the children's book Follow the Drinking Gourd, and a program that sets off scenes from Shakespeare's 17th century history play Henry VIII against 19th century Romantic compositions. Schumann's insight might also explain why Austin Classical Guitar has built its current summer series, quite by coincidence, around the fusion of music and literature. The brainchild of guest artistic director Tom Echols, Narratives consists of three concerts in which selections by writers such as Jorge Luis Borges, James Joyce, Fernando Pessoa, and Julio Cortázar alternate with musical works by the likes of Bach, Reich, Britten, Piazzolla, and Austin's Joseph V. Williams II and Justin Sherburn.

The timing of these two excursions into literary lands by these local classical music entities may be chance, but they were bound to happen eventually, together or separately, given their leaders' common love of a good book. "I enjoy reading – a lot," says Schumann. "I've always been a reader. I loved the way books just took me to a different place. I've always had a really vivid imagination, so the one thing I've always loved about books is that they get me into those different worlds."

ACG Executive Director Matthew Hinsley knows just whereof his colleague speaks: "For me, reading has always been an exercise in imagination. The author's words are like a guidebook gently urging my dreams in one direction or another. I think that's why we're so frequently at least a little disappointed by film adaptations of books we love. The cinematic realization, no matter how brilliant, pales in comparison to our limitless imaginings."

And yet even as literature transports us to worlds beyond ours, it's making connections inside us, Schumann says. "Literature gives us more stories, but better than that, it allows us to connect to our own story, whether it's an old story or our present story or a wished-for story. And thereby we can continue on the pathway to wholeness. Isn't that what we want: that sense of being whole?" She mentions the book she's reading, Anthony Doerr's Pulitzer Prize-winning All the Light We Cannot See, which focuses on a blind French girl and a German boy in the Second World War. "I like historical fiction, especially from the World War II era, because my parents were children of the war," she says. "And like most children of the war, they don't talk about it. At all. So for me to read about kids having their home bombed out, fleeing, trying to make sense of everything, I feel like it helps me become whole, like I understand what my parents might have experienced and why they are who they are and why I am who I am."

But in addition to affecting her as a person, literature affects Schumann as a musician. "Whatever I'm reading stays with me and affects my music-making at all times," she says. "I'm very aware of the space that these characters and these stories put me in." When she sits down to work on the Shostakovich Piano Trio, for instance, a work she'll perform at the festival with the Schumann Chamber Players on July 23, she says she feels Doerr's book "forcing me to be in [the blind girl's] place of uncertainty and to dig into my imagination and see what that might be like." Shostakovich's music, in turn, pushes her sense of "non-clarity of imagery but clarity of emotion" to new levels in an extremely powerful way.

Hinsley has experienced that potent intertwining of words and music almost all his life. "I've been playing music since I was 4 years old," he says, "and I learned to read words at the same time I learned to read music. I began singing and playing guitar when I was 10 and quickly memorized the entire greatest hits albums of James Taylor, Cat Stevens, Billy Joel, the Beatles, and Bob Dylan. It's a striking experiment to take any pop song you love and read the words absent the melody. Think for a moment how different your relationship would be with those words had you never heard them set to music at all."

Schumann and Hinsley have both made careers in the field of music, but they still struggle to describe just how the art does what it does. "Music is fascinating because no one knows what it means, yet everyone is affected by its meaning," says Hinsley. "Is music on the page, is it vibrating in the air, is it in our imaginations? And how does that meaning change as it drifts from the composer's intent to the performer's interpretation to each individual listener's understanding?" We're not sure how music affects us individually and collectively at the same time, but its power can sometimes be more easily grasped when words are present. "Text lends specificity and reference," Hinsley says. "When they combine, they become greater than the sum of their parts. They become song.

"Perhaps my favorite marriage of text and music is Samuel Barber's Knoxville 1915. Barber set an excerpt from the existential prologue of James Agee's A Death in the Family in the most gloriously evocative way. It happens that Thomas Echols and I share a deep love of this piece, and it was discussions surrounding it that led to the creation of this summer series. For that reason, we decided to open the series with John Aielli reading that prologue over a soundscape by line upon line percussion. I cried like a baby the whole time." 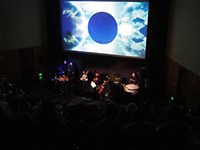 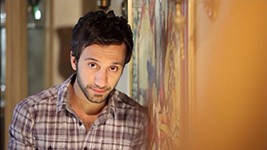