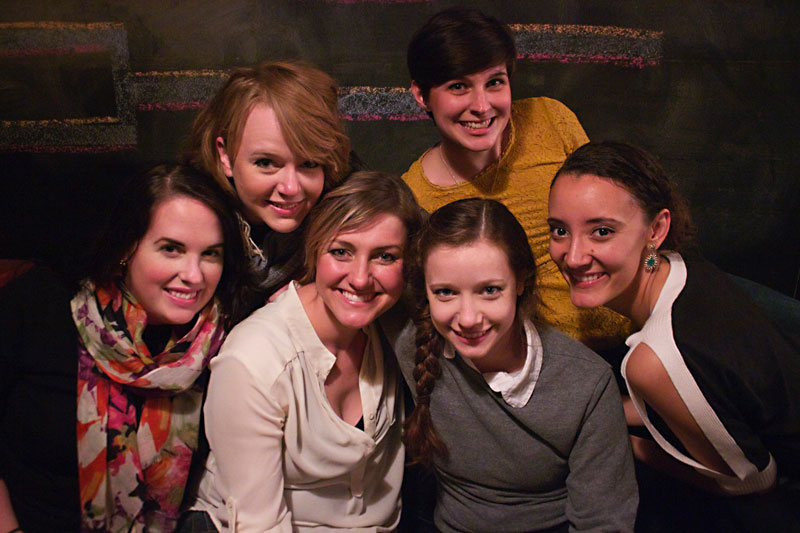 With the closing of Salvage Vanguard Theater, it feels a little like the suits are bulldozing over this town's artistic identity, one venue at a time. But on the stretch of Airport between I-35 and Koenig, ColdTowne Theater still flies the flag for comedic performance in Austin − as it has for the past 10 years. Just up the street from Barfly's and still sharing a wall with I Luv Video, the eclectic comedy club has an honest, bohemian feel, starting with its dimly lit lobby, where you can buy candy bars and 5-Hour Energy shots. ColdTowne remains one of the most fun places in the city to check out up-and-coming local performers sharpening their improv and sketch-comedy skills. The current Wednesday night staple, Loverboy, is no exception.

Loverboy has been headlining the theatre's humpday slot since September, but the improvisers in it have been performing together since 2014. Their show features a couple of guest performers − first an opening act, then a fellow comedian who kicks off Loverboy's set with a monologue on a particularly memorable love or sex story. Loverboy then spends the bulk of the one-hour show performing short scenes inspired by their guests' performances. With its focus on personal sex stories, the show shares a bit with the offshoots of BedPost Confessions. Newcomers to improv could find it a comfortable introduction to the form (provided sex isn't one of their taboos). Since the troupe takes its cues from the guests, an introverted theatregoer doesn't have to worry about being called on. That's not to say the show loses the intimacy between an improv troupe and its audience, which is often gained through audience participation. ColdTowne's small space, Loverboy's super-high energy, and the personal nature of the guests' stories preserve the show's spontaneity and closeness.

Any improv show will change from performance to performance. That's the point. But this show's format makes different nights especially unique. Last week, the opener was That Racket!, an improv troupe that performs musical numbers based on audience suggestions. That Racket! kept one consistent narrative for its act, while Loverboy performed a traditional series of vignettes in which the performers tagged one another in and out. Their different styles paired nicely. It was a fun show with solid laughs, though it would have benefited from a bit more polish. For example, during the monologue, the members of Loverboy remained onstage and reacted to the guest's story as it unfolded. Kyle Houston Moore (of FamiLIES and Ashley's Diary, both also at ColdTowne) was the brave storyteller, and the two personal tales of romantic woe he told were both great, but the troupe's reactions threw off his rhythm at times. After the show ended, the cast took the party to where Austin makes many of its fond memories: benches in a parking lot. (In this case, the benches in the theatre's parking lot.) It was the perfect end to a fun night.