The dozen works in Sara Madandar's solo show are impressive in their variety, though many seem more like sketches than completed works 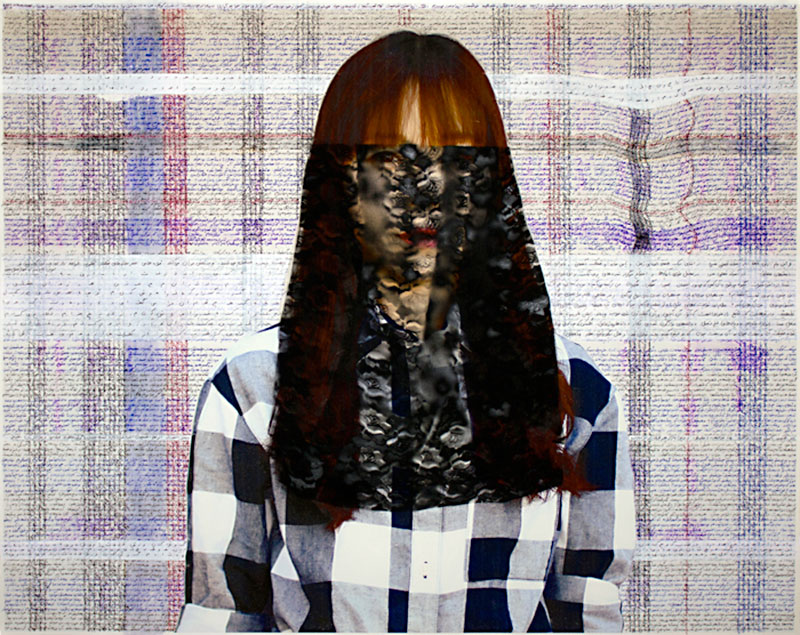 All of the work in Sara Madandar's "AnOther Birth," at the Courtyard Gallery on the UT campus, was made in 2016. It can take me six months to write one short story. For this reason, I have to be suspicious when a show claims 12 works brought to completion in less than half a year. As it turns out, my suspicions were not unfounded.

The variety in "AnOther Birth" is impressive. The majority of the works are collage, and while textures and media are reused, it is almost always in a fresh way. Mirrors, for example, show up in several places. Welcome is a large square of reflective metallic paper; Mad Lion wields shards of mirror on a black ground; and Broken Sight uses a shattered mirror that echoes, and dismantles, the viewer's body. Other materials such as thread, fabric, and hair return often. The square is ubiquitous. Madandar also recycles an ornate symbol that seems vaguely Islamic, though I can't be sure. She is originally from Iran, so I guess that's supposed to explain that, but without some context the cultural reference doesn't do too much.

It takes real inventiveness to do so many things, and it is fun to engage with an artist's experimentation, but I'm going to have to insist that the experimentation stage remain at the beginning of the process, unless, that is, the artist has the supernatural ability to turn to gold everything she touches. That isn't happening here. Mad Lion does some dazzling things with surface. An aggressive black square is veined and gnarled in a compelling way. But for some reason, this fantastic blackness is bordered on all sides by three sloppily rendered stripes. Why? It doesn't look good and isn't planned in a way to inspire interesting conceptual questions. The only excuse I can think of is that the artist wanted to try something that didn't end up working. Drafting is central to art-making of any kind, but it isn't something I expect to see in a show, which will traditionally spotlight work that through an arduous period of building and rebuilding has become the very best version of itself. Most of these pieces read like sketches, which, unless we're talking about da Vinci, doesn't make for an especially rewarding viewing experience.

Hidden Peace, a large square of pink fabric and stitching, feels the most complete. It's messy but refined – intentional. The vaguely Islamic symbol reappears. One is large and fills the middle of the painting; it is gold and hidden with thread that mimics human hair. Other smaller symbols repeat to make a rectangle that follows the walls of the frame. Some are colored with red paint that drips like blood. These decisions, as opposed to many others in the show, do not feel haphazard. They feel purposeful and are executed well. Even the places where the pink fabric is being stretched and distorted by the frame seem necessary and make me want to look closer. Hidden Peace is balanced. It's doing something.

And yet, considering "AnOther Birth" as a whole, I have to believe Hidden Peace, given time to evolve, could be even stronger. Twelve is a big number in such a short time, which is well and good, but I would rather see one finished piece that kicks my ass than 100 blueprints. It's just more satisfying that way.

Courtyard Gallery
Through Sept. 10
A version of this article appeared in print on June 24, 2016 with the headline: Arts Review