Only the Fourth Wall Is Forever

After 10 years, Salvage Vanguard Theater is moving on 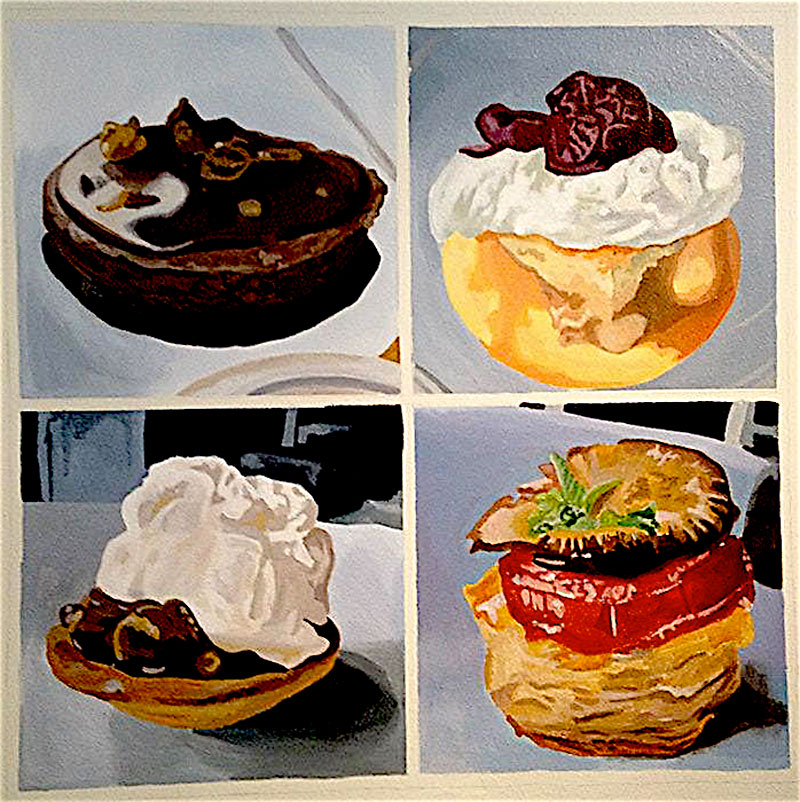 There's a full-color painting hidden beneath several coats of white latex on one wall in the lobby of Salvage Vanguard Theater's headquarters on the Eastside of Austin, Texas.

The award-winning company has recently been priced out of the venue it's occupied since 2006: The lease ends when June does.

SVT is having to go somewhere else now, and nobody knows exactly where that might be, because gentrification and development and this-is-the-banker's-tune-you-dance-to-now, and I'm able to tell you about this only because my ex-wife used to help run the company – back when the thing was just starting out, back before the Manor Road space was anything but an unused former meat-processing facility.

Molly Rice was the associate artistic director of Salvage Vanguard Theater in the days when founder Jason Neulander was leading the group of thespian renegades who'd first galvanized the scene in 1994, and Molly Rice was who I eventually married after seeing her perform as a sort of duct-tape-covered moth in David Hancock's The Invisible Medium and as the Yellow Rose of Texas – in which role she simulated sex in a chair with Dan Dietz's Santa Anna for Ruth Margraff's Centaur Battle of San Jacinto.

"You're always writing things, Brenner," Molly told me back in 1997, a blot of Dietz-sweat still damp on the Yellow Rose costume she was removing in our Cherrywood rental. "You should submit something to the Chronicle."

"Ah, Moll, that unsolicited-submission shit never works," I said. "You've gotta know somebody at the Chronicle – it's nothing but a bunch of insider action in places like that."

But she insisted, and I relented, and now it's almost 20 years later, and Molly and I've been divorced for over a decade, and I'm writing this thing for the Chronicle, this thing about how Salvage Vanguard and its umbrella'd companies – Trouble Puppet, Church of the Friendly Ghost, Kathy Dunn Hamrick Dance, Heckle Her, Gnap! Theater Projects, Lucky Chaos, and more among them – are unanchored once again.

That painting beneath those coats of white on the lobby's east wall? It's a huge and photorealistic image based on four original desserts created by Bribery Bakery's Jodi Elliott, painted in 12 hours by Kaci Beeler as part of the 2012 Fusebox Festival's "Sweet Betrayal" performance, dreamed up with literary raconteur David Moses Fruchter. The painting's been invisible for years; not a trace can be discerned through the layers of latex; and, soon, even its hidden existence will be wiped out when the building's redone in whatever guise the newly monetized agenda deems most profitable.

Jenny Larson, young woman out of South Dakota, freshly graduated from St. Edward's University, grabbed an internship with SVT in 2001 – the same year she birthed a daughter who is, these days, beginning to make her own presence bright onstage. Larson was only – oh God, "only" – SVT's associate director when the company moved into the Manor Road building in 2006, but then Neulander left to tour his popular Intergalactic Nemesis across the globe and she assumed full control of the whole shebang in 2008.

Note 1: Larson had starred in C. Denby Swanson's Death of a Cat in 2004, a Salvage Vanguard show that shook the Off Center with its power, that also featured Dan Dietz among its actors, that was one of the best things Neulander ever directed.

Note 2: Kaci Beeler, still a high-schooler and unknown to the city's creative community at the time, was so affected by Death of a Cat that she went to see it twice and bought the script. 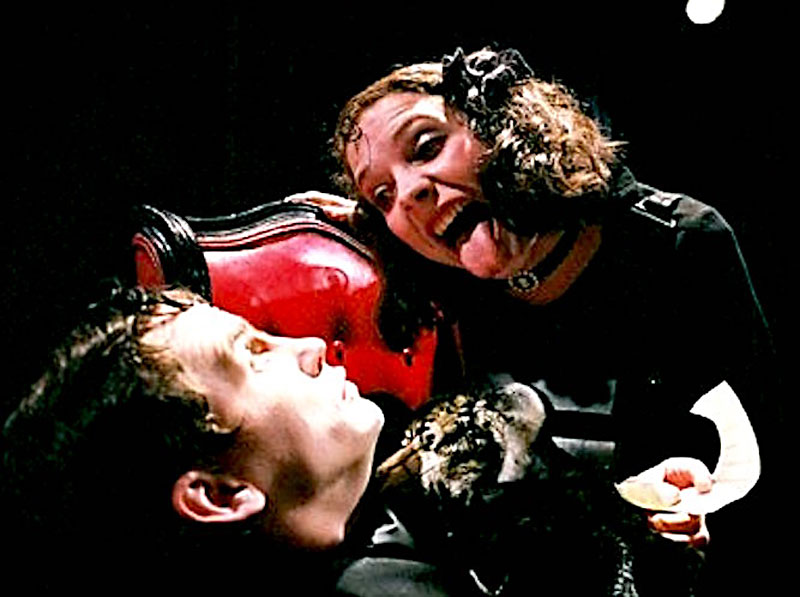 Note 3: Another of Neulander's several triumphs was directing a play called Americamisfit, also mounted at the Off Center, in 2005. The warped and rollicking account of the American Revolution was written by Dietz, who, these days, is out in Hollywood, scripting CBS's Person of Interest, HBO's Westworld, and other televised dramas.

Note 4: Larson herself directed Swanson's A Brief Narrative of an Extraordinary Birth of Rabbits on the SVT main stage in 2010. And, unless I'm misremembering here, some cooked form of rabbit that exuded an aroma compelling enough to make Mr. McGregor salivate in his garden was served up, in a completely unrelated event, by Eden East's Sonya Coté – at one of the many culinarily enhanced parties and fundraisers that SVT has hosted in its lobby, in its studio space, in its main theatre, over the years.

And the musical score for all this history and so many of the projects relevant to it, before and during and likely after Manor Road? That score's woven from compositions by Austin's relentless maestro Graham Reynolds. Picture him, superimposed on each instance, a mostly ghostly princely presence, his long hair gently swaying or madly flying, his fingers coaxing beauty from or just about laying waste to some trembling, ecstatic keyboard.

I know, empirically, that that dessert painting is hidden in the wall. I know it up-close and personal, because I painted over the goddamn thing myself.

The 2012 Fusebox Festival was over, and I was in charge of the SVT lobby gallery – I was and am its curator, its organizer, its pimp, as I have been since Larson offered me the position in 2011. And the next gallery show after Beeler's "Food Porn" exhibition was coming in – as preceded by prints from Tim Doyle and originals by Chronicle Arts Editor Robert Faires and the patriotic array of the "Presidential Losers" show; as followed by the photography of Shelley Hiam and the surreal Old Mastery oils of Alonso Rey and the mixed-media portraits of Beth Consetta Rubel and the woodcuts of Laura Thoms, the abstracts of Roy Moore, the aquatic emplushenings of Kristin Hogan. The clockwork schedule of eye fodder continued to advance and required newly blanked walls.

So I stood there and slapped a dripping brush over the four painted desserts, slathering skull-white pigment until the image's rich colors and precise evocations of sweet and savory were fully obscured. Stood there, brushing, making one memory with my hands while others flooded through my head: all the exhibitions and performances and creations I'd been a glad witness to in SVT's multipartite cathedral of arts. 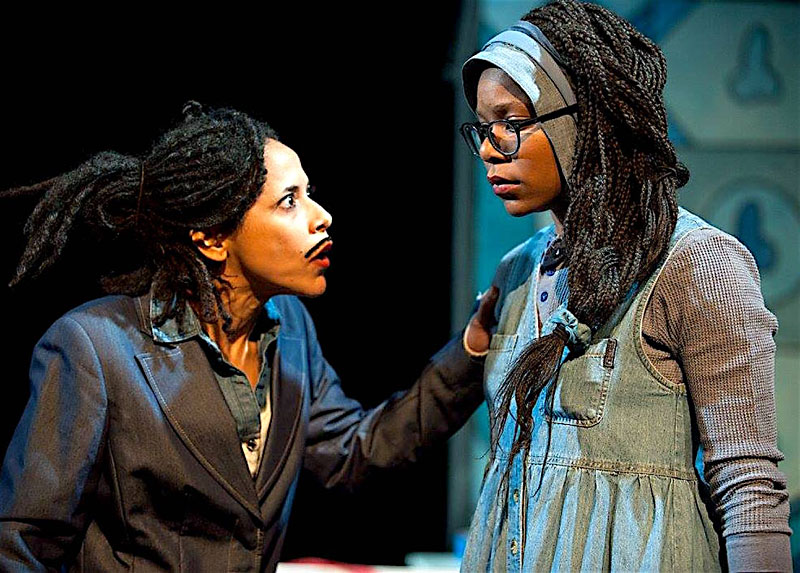 The main stage was where Michael McKelvey's Doctuh Mistuh Productions presented the urban and urbane romance of Stephen Sondheim's Company and the audience-soaking bloodbath of Evil Dead: The Musical. The soaring space had played battlefield to Trouble Puppet's Macbeth, had backdropped that same company's deep rendition of Russell Hoban's Riddley Walker right before the author's death, had provided a disturbing glimpse inside puppeteer Connor Hopkins' psyche with The Head. Puppets? Puppets! Puppets championed by the Jim Henson Foundation! And not only those fomented by Hopkins, but by Glass Half Full's Caroline Reck and her amazing team, who brought the world Once There Were Six Seasons and The Orchid Flotilla, and all these object-manipulating enterprises a platform allowing graphic designer Jennymarie Jemison to wield her skills in the form of unforgettable posters and collateral, a panoply of promotional delights.

Graphic designer? Hell, that Jemison sparkled in the staged readings of Craig Staggs' Earp script, portraying Big Nose Kate in the soon-to-be-animated Western farce, voicing arch dialogue among the likes of Chris Cubas and Kelli Bland and Jason Liebrecht and more, in SVT's smaller studio theatre right off the lobby. And the studio space itself, its bare-boned black box an ever-changing smorgasbord of performative diversity, hosting the No Shame Theatre showcase as wrangled twice each month by Kerri Lendo; and the Weird! True Hollywood Tales series by this year's Funniest Person in Austin winner, Lashonda Lester; and the improvised spectacles of Get Up and the Knuckleball Now and RhinoDino and others following in the wake of Gnap!'s Guilds of Steel and Showdown and False Matters; and the multimedia, Asian-focused explorations of Leng Wong's Lucky Chaos company; and the hilarious rodential antics of The Ratgirls Go to Hell. 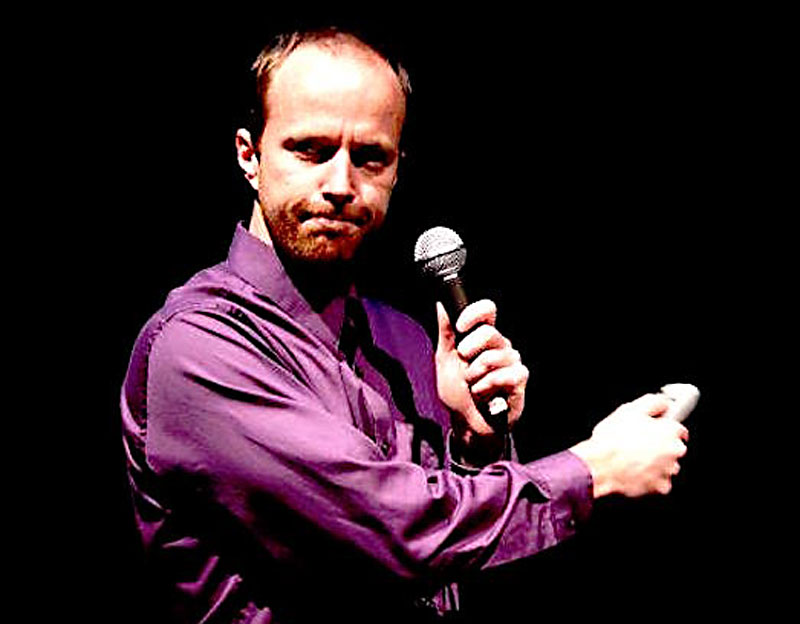 It was, damn it all and may the Reaper fuck himself with a diamond-bladed sewer snake, the last place that our much-lamented Clay "Uncle Cuddles" Towery performed in.

And my wife Katherine Kiger organized a 50th birthday party for me in that studio theatre, getting Your Terrific Neighbors' Curtis Luciani to do his comedy-roasting thing until, the wizard abetted by a coterie of some of my favorite and snarkiest friends, I was reduced to giggling tatters and a tear or two of laughter-wracked joy.

Tatters are what will remain, eventually, of all that's happened in the Salvage Vanguard site on Manor Road. Tatters of actual documents, maybe, and of human recollection. 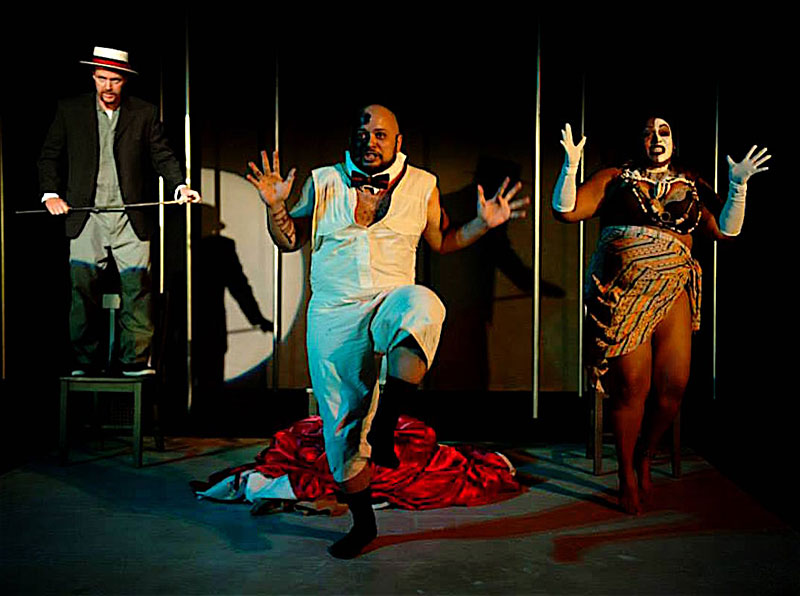 Sift among those tatters in the years to come. Remember when Shannon McCormick and Lowell Bartholomee and Graham Reynolds brought two imaginary football teams to vibrant brother-vs.-brother rivalry in Unbeaten. When Rubber Repertory's Biography of Physical Sensation made everyone experience, as literally as it gets, the life of a woman named Jamie Damon. When Mr. & Mrs. Danger's Blood, Sweat, and Cheers turned the place into a supercharged drama of professional cheerleading competitions. When Joey Hood monologued his fucking heart out in Breaking String Theater's I Am the Machine Gunner. When Physical Plant shifted the entire theatre community of Austin into a future beyond their own inevitable deaths in Adam Sultan.

And remember, maybe especially, how Jenny Larson has led Salvage Vanguard forward since 2008, the company under her guidance rocking the boards with Caridad Svich's Thrush, Jason Grote's Civilization, Sibyl Kempson's From the Pig Pile, the glorious Bright Now Beyond by Daniel Alexander Jones and Bobby Halvorson, Adrienne Dawes' Am I White, and the dazzling metafictive zombiefest of Thr3e Zisters. 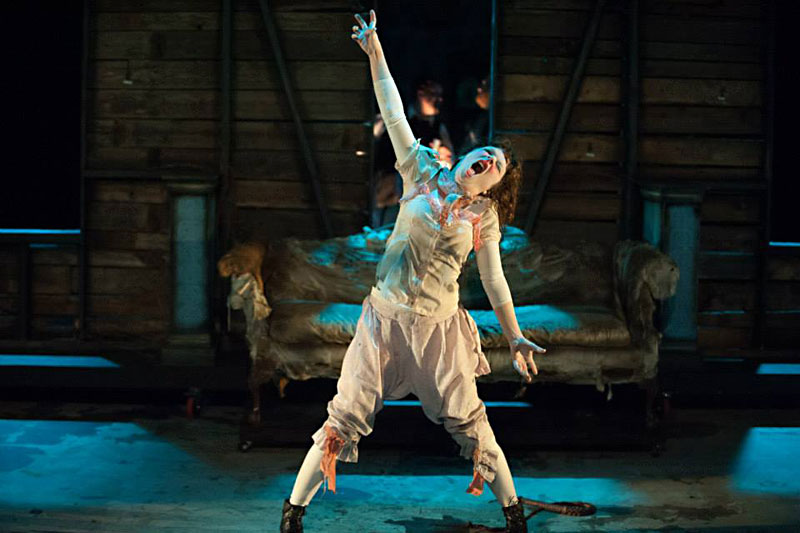 Among many other wonderments, yes. Among what's still to come as Larson and company, unmoored but not undone, searching for a new space to call their home, continue to produce exceptional theatre here in the increasingly fraught creative environment of Austin, Texas.

But regard those tatters of memory, citizen. Shift them to the sides. Part them like curtains until you can see, briefly, in a lighted gap, a section of lobby wall under the dull white paint of which a fierce orchestration of colors and shapes lies hidden.

And now that wall is gone.