In taking characters beyond improv to a scripted format, this ColdTowne project delivers an exaggerated imitation of life 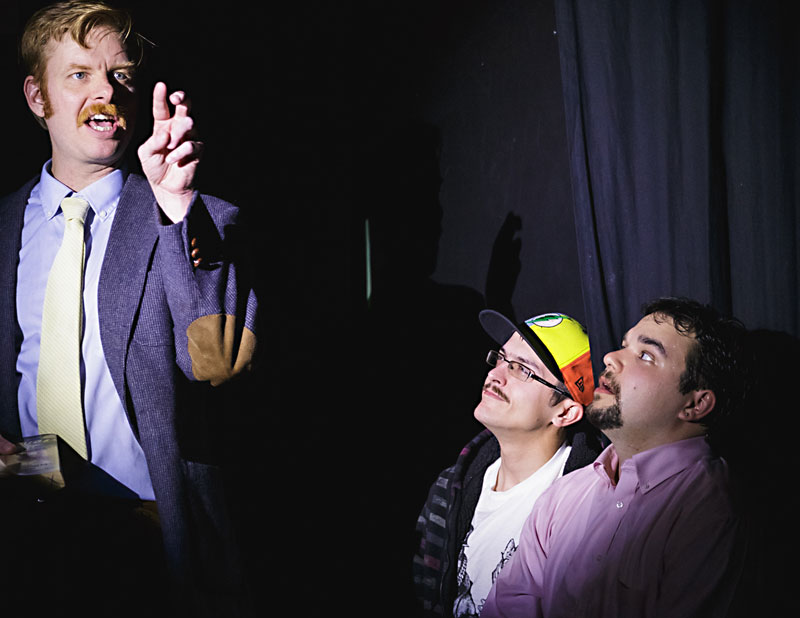 What is this new family farce romping madcap over the tiny, well-trodden stage in ColdTowne Theater's dive-bar venue?

Is it improv? Is it sketch?

How about, sort of, both.

The idea with FamiLIES, the first scripted-and-beyond-just-sketches show from ColdTowne, is to take characters and situations generated via long-form improvisational comedy and turn them into cohesive, full-length plays. Inspired by the Los Angeles-based improv trio Dasariski, director Dave Buckman (of Austin's own Frank Mills troupe) had decided to do just that. Buckman had seen Bob Dassie, Rich Talarico, and Craig Cackowski perform separately at Chicago's Second City back in the day, had followed their combined L.A. exploits, and figured the time was ripe for his own gang to attempt the sort of thing that Dasariski was lately experimenting with. That whole hey-let's-make-an-actual-play thing.

And here we go – but not with those Frank Mills, mind you. With a cast of other improvisers and sketch knuckleheads from among the ColdTowne contingent, wrangled and polished by Buckman into the semblance of something you might see in a regular theatre – if a regular theatre trucked in flashback-riddled narratives that were spiced with absurdity and slapstick and the sort of mugging familiar to aficionados of commedia dell'arte.

Watching the show, you can discern how the script evolved from improv, can see how non sequiturs were extended to a kind of warped but consistent internal logic, how some of the best (certainly the most laugh-inducing) lines were the result of spontaneous generation by some comedic, in-the-moment mind. Note: This ain't necessarily a bad thing at all.

FamiLIES, an adaptation of Dasariski's "Dead Uncle Ted" and "Loose Fish," is about what happens when three brothers go to clear out their crazy Uncle Ted's house after that geezer's corpse has been removed from the decrepit couch amidst piles and piles of long-hoarded clutter. [Note: A collection of dead mice? Yes.] The series of flashbacks that break up the story's forward flow are divided equally among the bros, serving to reveal their disparate lives and personalities, to support the sibling dynamics at play – and to just, at times, be pretty damned hilarious.

Who's in this thing, doing decent or at least serviceable duty to embody an exaggerated imitation of life? Xaria J. Coleman, Bonnie Cordova, Joseph Robert Dailey, Chaz Formichella, Michael Jastroch, Jae Long, Kyle Moore, Frank Netscher, Kristen Samuelsen, and Audrey Rachel Sansom. Some solid chops among these performers, definitely. But, as ever, it was Bryan "LuBu" Roberts (in a flashback, as the still-living Uncle Ted) who galvanized the show. That dude is some kind of not-so-secret comedy weapon in this town, tell you what, and he helps seal FamiLIES' fate as a live diversion worthy of spending 90 minutes and the ticket price on.