This group show of work by six black graduates of UT's M.F.A. art program shouldn't have to exist, but thankfully it does 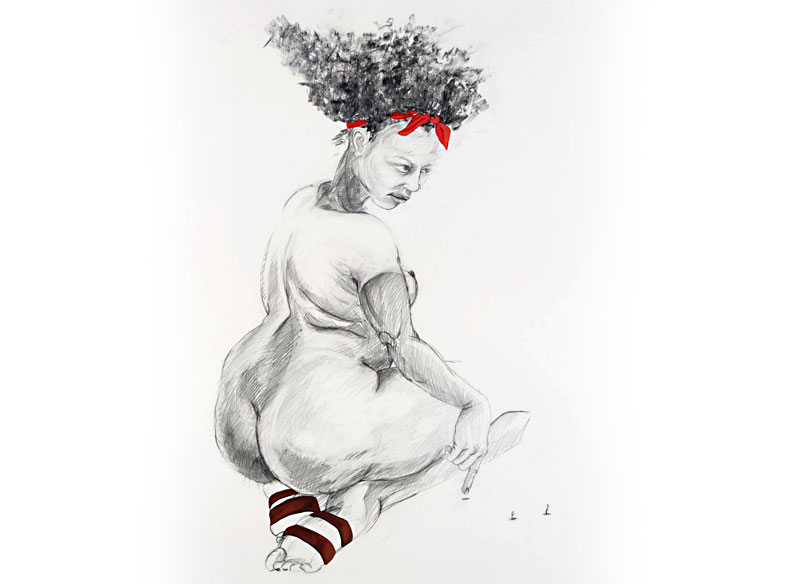 Cousin I, by Zoë Charlton

"One / Sixth" gathers work from six of the seven black artists known to have graduated from the University of Texas at Austin's MFA program (the seventh, Wendel A. White [1982], was not brought to the curators' attention until it was too late for his inclusion). The fact that it is a small show is both surprising and not. Austin was – in some ways, still is – a Confederate town.

The number six (or seven, but the trend is hardly altered either way) signifies countless failures. The hardest thing about this show may be figuring out exactly why and how that matters. In Janaye Brown's (2014) video, "Rocks With Salt," a bizarre patch of sand rises and falls like a breathing thing. We hear, but do not see, waves crashing and people at play. The video is unsettling and meditative, and would appear to have little to do with race. Brown's other video, "Last Night," features a young white woman in the passenger seat of a car. After looking ahead for a while, she turns on the viewer in the backseat and stares. Is this about femininity? Is she making an accusation? Again, no questions about race, except one: What does this young white woman have to do with blackness?

However, this isn't a show about blackness. It is a show anthologizing the varied concerns of talented artists who happen to be members of the minuscule population of black MFAs from UT. These concerns may or may not be about race.

Artists, if they are making work that is true, will be in the midst of struggle. Perhaps that most human of struggles is the one we have with our own meaning. Put this way, it might sound banal, but that is why we need artists: so they can blow our minds with the mad knowledge gained from deep exploration, like looking at photographs of space that answer some questions only to pose even bigger ones. The artists in "One / Sixth" do this for us. Some, like Brown, are not showing work about blackness here, and that's just fine, because our struggles are legion, and there is no end to questioning, race be damned.

Cousin 1, by Zoë Charlton (1999), on the other hand, does deal with blackness. It is a large sketch of a nude black woman. The woman kneels with her back to us. The drawing is mostly black and white, but moments of color play in: a red strip of fabric tying the woman's architectural hair, two green grass blades, purple-striped socks. The woman's ample backside rests on her heels. A finger twirls over the ground making a dimple of shadow just beneath the fingernail. Her look is come hither, dangerous. The figure is bountiful – beautiful. She is also black.

The woman's blackness belongs to her. Some of that blackness also belongs to the artist. Finally, the blackness belongs to all of us. This is why the blackness in "One / Sixth" matters. Because, to some degree, we are all responsible for it. We should all be outraged over that tiny and overwhelming number: six. This show shouldn't have to exist, but, thankfully, it does. We need it, because it proves that with the proper support, real artists can teach us limitless things, and because it contrasts the monumental loss caused by the exclusion of those untold whose potential we can never know with the brilliance of those few who have made it through. The light that results from that friction is precious, and almost blinding. Almost. 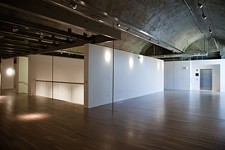