Mike Osborne: Man of the Moment 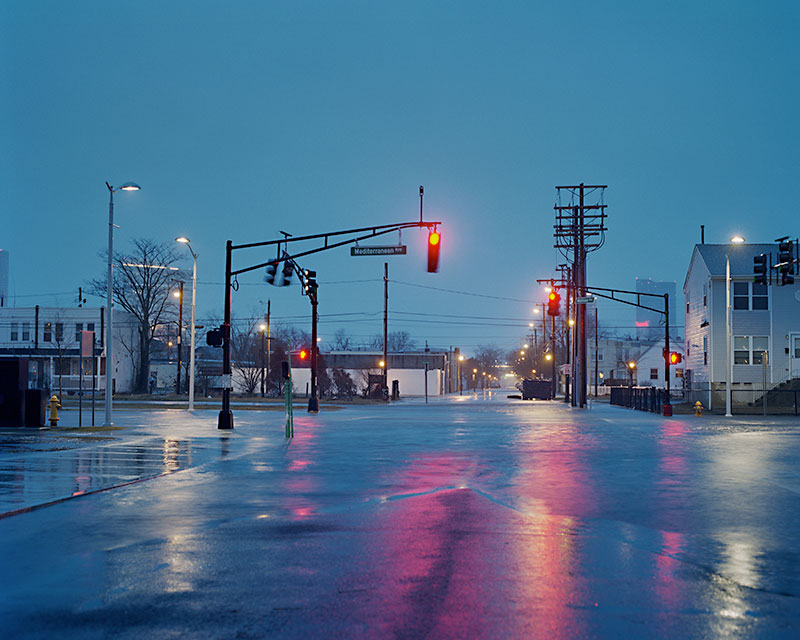 Few fully grown adults spend years studying Monopoly, the landmark Parker Brothers (now Hasbro-owned) board game, for its aesthetic genius. But for almost half a decade, Mike Osborne has had his lens trained on that subject, and in his photography series of that name, Monopoly appears as both a stunning, eye-widening graphic subject and the root of an expansive socioeconomic investigation.

If you didn't know, the properties on the Monopoly game board as popularized in the Thirties were named for the streets of Atlantic City, N.J., and it was Osborne's idea to visit the byways from which those names were drawn to see what they might say about the city today. "Atlantic City is this iconic place from the East Coast," says the San Antonio native, "but coming from Texas, I was completely divorced from its historical legacy." He discovered John McPhee's 1972 New Yorker essay, "The Search for Marvin Gardens," which details the unlikely development of America's Favorite Playground, and was struck by the history therein, including such fascinating trivia as the fact that Atlantic City's layout was invented on the back of a napkin. In 2012, Osborne embarked on an attempt to capture visually "the history of a city conceived out of nothing."

What he found was a city in "a state of incredible limbo," sort of like the end of a five-hour Monopoly game when all but the best players, like Carl Icahn or Glenn Straub, have lost their properties. In the photographer's Atlantic City, lonesome people walk through graying buildings, while the once-cacophonous streets and boardwalk appear almost ghostly. "Around 2013, [several] of the major casinos closed down," explains Osborne. "Now all of those casinos there are in the news because people look at them as indicators of Donald Trump's success or failure as a businessman." In this highly charged political moment, the city is now a relic of Trump's so-called financial "mastery." 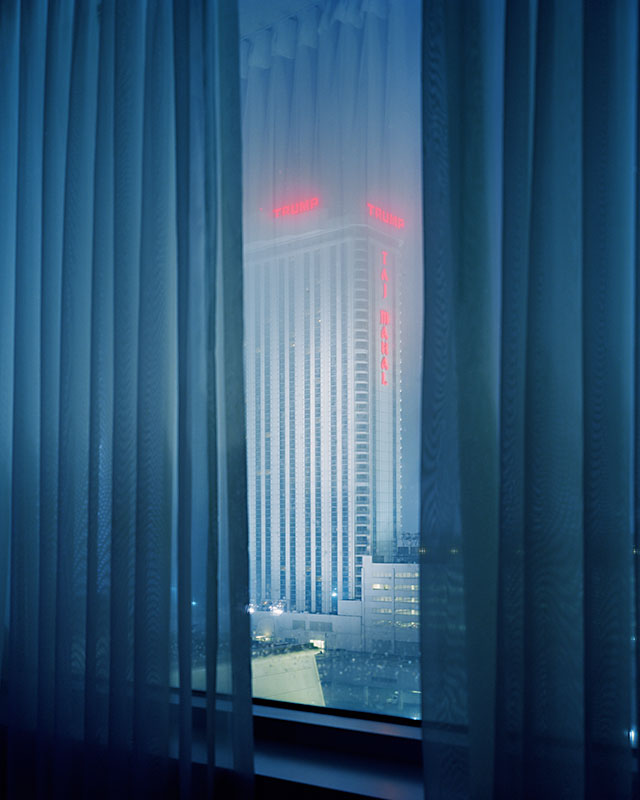 As with other contemporary visual art projects that recontextualize our cultural touchstones (see everything from Warhol's soup cans to Kara Walker's shadow plays), the Monopoly images cast a familiar icon in an entirely new light – here by recovering lost history and humanizing a location that's been abandoned by the forces that formed it. But Osborne's photographs of Atlantic City aren't the only ones he's made that make us see the world differently in this way. Floating Island, a series that Osborne began the same year that he started Monopoly, looks at the complicated landscape of Wendover, Utah, following the exodus of an Air Force base. A genuine illusion of a "floating island" – a mountain that appears to be hovering above the horizon line – stalks the town. Osborne's photographs suggest a world where concreted society was once symbiotic with the natural world; where patriotism and development were pet projects of the locals; and where "money was being made, life sustained." But in the current context, the images somehow straddle both the realities of an abandoned landscape and the fantasy of postrecession urban resuscitation (thanks to casinos), and juxtapose these ideas to create haunting reminders of our widespread military engagements. Daylight Books published a collection of Floating Island images in 2014, and Osborne continues to shoot there.

At the same time, the photographer has been developing a series around an industrialized rubber operation in the Amazon rain forest, visiting South America several times over recent years to shoot it. Osborne compares the project to his work in Utah, noting that, on both occasions, "everything that was built there stands out because it was conceived totally tabula rasa." Furthermore, "they are both about things from the early 20th century that also deal with the contemporary moment of those places." In the case of this once-thriving community in Brazil, the current time is more agrarian, with all the "big ideas" used to spur its urbanization having proved failures. Yet rather than pursue an anthropologizing or intentionally controversial perspective on a contested section of South America, Osborne uses the opportunity to shoot in the Amazon to "sketch out a particular history in photographs." 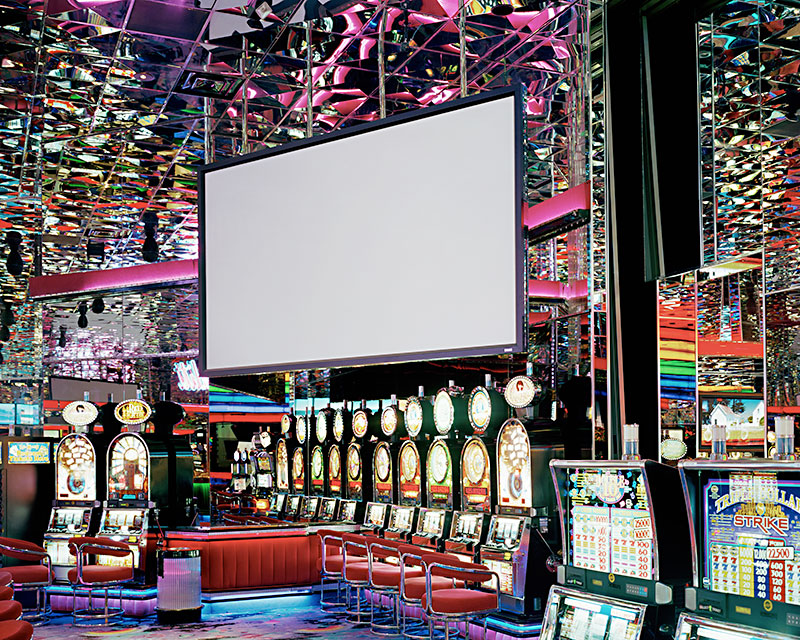 While the similarities of these projects might lead one to conclude that Osborne seeks out the topical in his personal projects, the photographer himself characterizes the connection as a "complete coincidence." An image of his that's included in the international touring exhibition "1%: Privilege in a Time of Global Inequality" – a decadent Cubist light show called Projector – was, he insists, shot well before the "popularization of that phrase, 'the 1%.'" And, Osborne says, not only was he "not even living in Texas at the time" his photographs were published with Tyler Cowen's article "Why Texas Is Our Future" as Time magazine's cover story for Oct. 28, 2013, the commission came based on images he'd captured long before Cowen's piece went viral.

That said, under polite scrutiny, Osborne will admit that he's "attracted in general to subject matter that has a certain amount of weight in terms of its sociological content or in terms of issues of the environment" and that he'll gravitate toward "the issues that are pertinent to the places I've been exploring." Those are directions that he began pursuing when he first came to Austin to pursue an MFA in Studio Art at the University of Texas. He was supporting himself with freelance jobs around town until he acquired the degree in 2006, and while taking photographs for architects or friends was not "necessarily work I consider part of my 'body of work,'" he says, this period was "integral to my being in tune with the kinds of things that I'm looking at in my personal, self-directed projects." 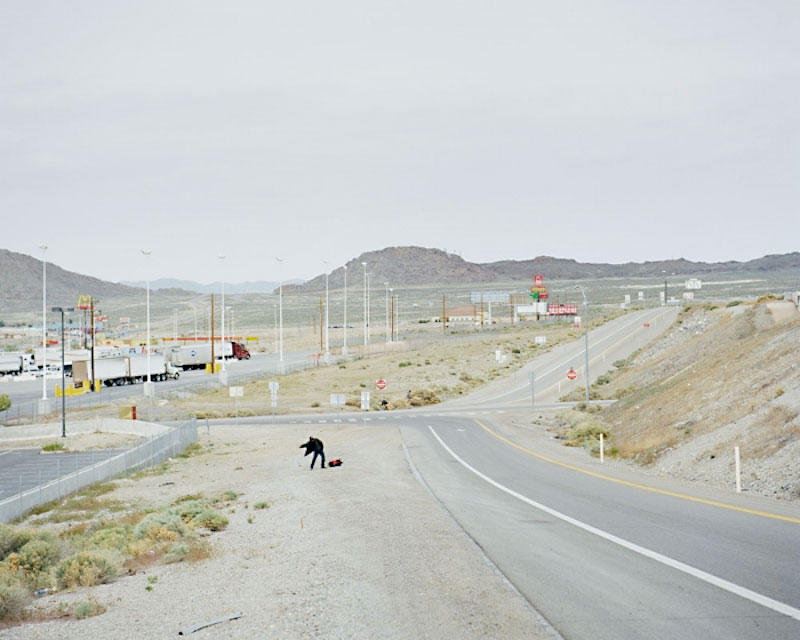 Over the past decade, such projects have been balanced with Osborne's work in higher ed. He jokes, "I have always been straddling the line between what I might call being a 'professional' photographer and an academic." Since 2012, he has been an assistant professor of photography at Georgetown University, but he's continued to spend a significant amount of time in Austin. Just last year, he collaborated with the local photography collective Lakes Were Rivers on a series of installations called the Swan Cycle at the Contemporary Austin at Laguna Gloria. His contributions – video, photographs, and a book – were all presented in the extensive "Strange Pilgrims" exhibition alongside work by luminaries such as Yoko Ono and Bruce Nauman.

Considering his proximity to those kinds of artists, as well as the recent publication of his photographs in The New Yorker, The New York Times, and Russian Esquire, Osborne might appear to be pursuing top-tier status in the art world. But he's quick to dismiss that notion. "There are people who are constantly involved in that chase, and I have always been peripheral to that," he insists. He characterizes his career movement as "taking the back door towards making those kinds of connections instead of actively seeking them out," adding that, partly due to his life as an educator, "I work slowly, and I love having the luxury to let a project percolate over a period of time."

As long as Osborne is able to do so in the manner of his Monopoly and Floating Island series, this talented photographer with an uncommon sensitivity for newsworthy social content will hold essential truths for a global mass of citizens. Osborne himself won't go that far, claiming that photography "isn't necessarily able to 'rectify' anything. It's more, simply, able to expose the sort of undervisualized, underhistoricized aspects of history."

A version of this article appeared in print on June 10, 2016 with the headline: Man of the Moment