For years, the artist has been mapping locals' emotional experiences of the city and making them into art 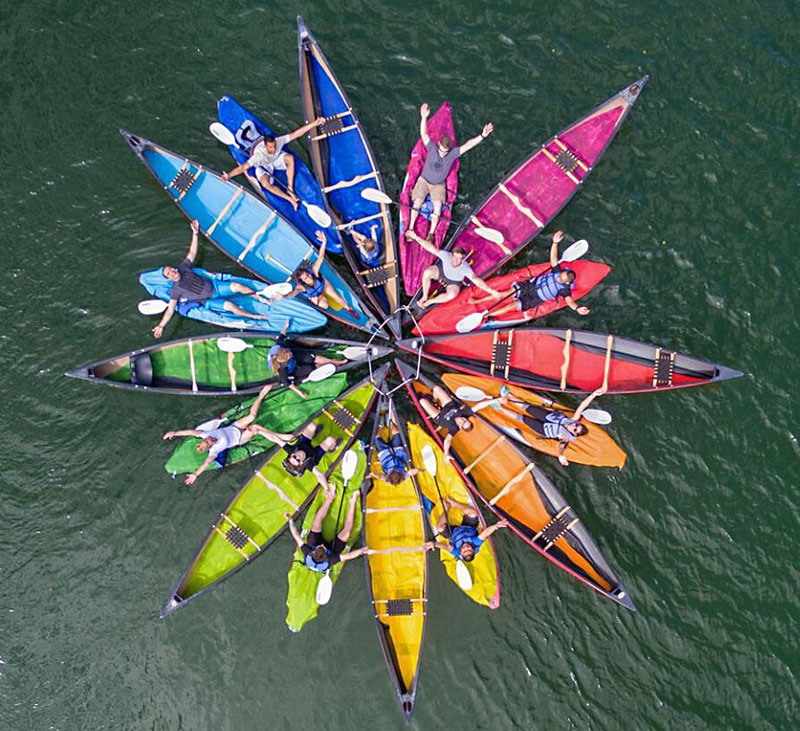 When I was 18, I got my first job at Schlotzsky's Deli near South Lamar and Riverside Drive. I hated it. I'd just dropped out after only a few months at UT because I felt like I was being forced to do things I had no use for. I'd be damned if someone was going to loom over me making sure I executed the Original to their satisfaction. So, on my third day I turned in my uniform and walked out. A few hours later, I applied for a job at nearby BookPeople, where I would eventually take on responsibilities that revolutionized my self-perception and meet people who would guide me, in one way or another, toward both the ugliest and most awe-inspiring moments of my life. As trifling as it may seem, every time I pass that Schlotzsky's, I think about who I was then and the unique circumstances that led me from there to the person I am today.

There is something gorgeous about the democracy of place, a notion given form by local artist Jennifer Chenoweth's XYZ Atlas: A Hedonic Map of Austin. Chenoweth began the project in 2013 when she and cohorts refined a list of 20 questions meant to explore people's personal experiences of Austin. Questions included: "Where did you fall in love?"; "Where did you have an experience that caused your awareness to change?"; "Where did you feel utter disgust?" The survey is sincere, and it requests sincerity of its audience. I completed the survey at the XYZ Atlas website, an experiment that led to multiple revelations. I never would have guessed, for instance, that my answer to the questions "Where do you go to reconnect with nature?" and "Where do you experience your own mortality?" would be the same: the parking lot at our apartment complex, where I can see the stars.

In her upcoming novel, Pond, Claire-Louise Bennett describes what it's like to be in an unfamiliar place: "If you are not from a particular place, the history of that particular place will dwell inside you differently to how it dwells within those people who are from that particular place. Your connection to certain events that define the history of a particular place is not straightforward because none of your ancestors were in any way involved in or affected by these events. You have no stories to relate and compare, you have no narrative to inherit and run with, and all the names are strange ones that mean nothing to you at all." My wife brought this passage to my attention. She and I recently moved here from Chicago. For me, it was a homecoming, though I had been gone so long that it hardly felt that way, especially considering how much my original place had transformed since I left. For her, it was a foray into a tightly defined, and thus nearly inaccessible, otherland, a place she was supposed to call home despite the layers of history, as Bennett writes, that had nothing to do with her.

Chenoweth says the XYZ Atlas survey "can be a way for new people to feel like they have a sense of ownership. That their experiences matter, too." This is why I asked my wife to fill it out. However, it didn't have quite the effect I'd wanted. Rather than uncovering a previously unrealized fellowship with Austin, some of the questions – and her lack of answers for them ("Where did you feel the intensity of your own cruelty?" just hasn't come up recently) – may have only triggered nostalgia for other, older homes. I was slightly disappointed, but I shouldn't have been, because that struggle to claim a place is as much a part of owning it as loving it can be.

Chenoweth told me a story about being terrified. It happened when she was a grad student at UT. She was walking to her car one night near Harris Park when a group of young men began following quietly behind her. "I was out of my mind in anticipatory terror," she says, "trying to get into my car without bolting into a full run." Thankfully, the story ends where she reaches her car safely. Now, she says, she is not terrified of Harris Park, but she can't help but associate it with the anxiety of that distant moment.

Some answers in response to the survey question "Where were you terribly afraid?" include: "Dell Children's Hospital – my daughter in surgery"; "Everywhere, after Esme was killed on New Years [sic], 2012. In my house, in my yard"; "The HIV test clinic." Austin is rich with charged places.

There are also questions that appeal to joy, such as "Where was the best night of your life in Austin?" A sample of answers: "The most perfect, [sic] was a first date swimming (illegally) in the quarry that is near Braker & 183." "Falling in love in the apt. on 620." "North austin medical center [sic] at the maternity ward." Chenoweth stresses that no matter the answer, an address or cross street is essential, so that the physical place can be noted on the Hedonic Map. Answers such as "El Paso and Hardeman Street" for the question "Where have you laughed the hardest?" are typical and are as mysterious as a stranger, a phenomenon that makes reading the responses tantalizingly similar to people-watching. 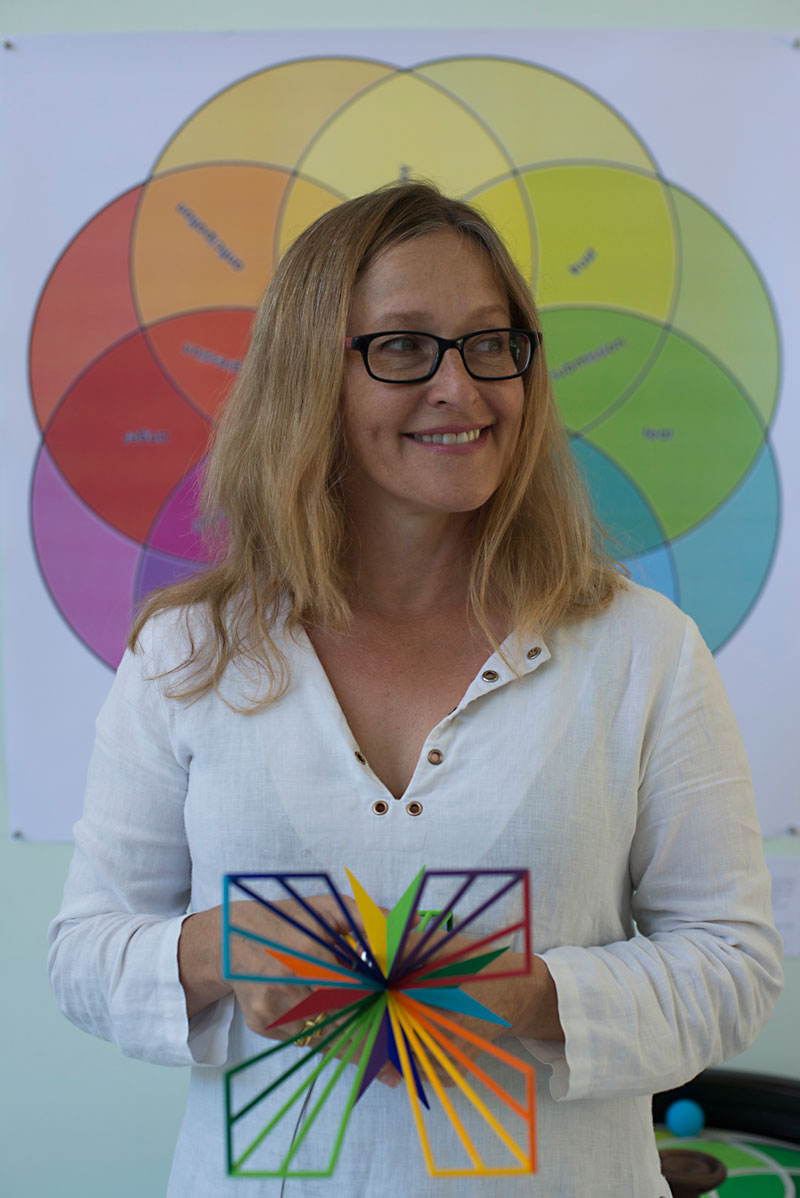 XYZ Atlas has seen a number of iterations, many of which combine information gathered from the surveys with psychologist Robert Plutchik's Wheel of Emotions, a rainbow-hued chart that sets out to diagram relationships between human feelings. The influence of the chart can be seen in many of the project's manifestations, which have included a map large enough for people to walk on and mark their significant places, a set of brightly colored canoes arranged in a circular star and set afloat on Lady Bird Lake, and a mechanical, solar-powered lotus flower atop a multicolored base, currently on display outside the Elisabet Ney Museum.

One of the most evocative variations has been the topographical map which re-creates survey "data" with terrain-like dips and rises, so while Zilker Park is represented with mountainous peaks reflecting the many positive experiences people have had there, I-35 is a low-lying valley – apparently it's a spot where a lot of people regularly come to grips with their mortality.

The final Austin exhibition of XYZ Atlas will be on display at Barton Springs in Zilker Park during this year's West Austin Studio Tour, May 14-22. Visitors will be able to see the survey results as they've been morphed into sculptures big and small, 2-D and 3-D renderings (including a 3-D printed version of the topographical map), and a new rendition of the large interactive map. Also on display will be the last – and still secret – incarnation of the Austin map. "I think there are people who really want to see what the final map is," Chenoweth says, "because they've now put their answers in it, so even if it's just a bump on the map you show up in it." Thus the WEST incarnation of the project will be a unique opportunity for the Austin community to see, and reflect upon, itself.

A newcomer may wrestle with the question of what, if any, part of Austin belongs to them. As a native, I often wonder the same thing. Scrolling through the expansive spreadsheet of stories gathered by Chenoweth, and engaging with the multiple forms her project has taken, I begin to see that the best way to take ownership of a place, especially emotional ownership, may simply be to have been alive there, even briefly. Betrayals, belly laughs, and revelations will come regardless, because they are a part of living. Eventually, ideally, home will come with them.

XYZ Atlas: A Hedonic Map of Austin will be exhibited as part of the West Austin Studio Tour, May 14-15 & 21-22, 11am-6pm, at the Barton Springs Pool Beverly S. Sheffield Education Center in Zilker Park, 2201 Barton Springs Rd.