The Austin Arts Hall of Fame Class of 2016

These inductees – Ballet Austin's Cookie Ruiz and Stephen Mills, and the Austin Symphony Orchestra's Peter Bay – are cultural heroes who lead by example

That the vitality of Austin's cultural scene is owed to its leaders – those artists, educators, patrons, and arts advocates who made the work and founded the institutions and provided the support that allowed theatre, dance, classical music, and the visual arts to take root and flourish here – may go without saying, but leadership takes many forms. At times, it looks like Shakespeare's Henry V, vigorous and magnetic, rallying the troops with words of inspiration. But it can also appear more modestly, calm and steady, moving toward its goal with a steadfast commitment while showing an openness to collaboration and a generosity of spirit. The three inductees into the Austin Arts Hall of Fame for 2016 belong to the latter camp. Their contributions to our city's cultural life are no less significant or pioneering than those of prior Hall of Famers, but they've come through these individuals showing up and doing the work without fanfare or fuss. They lead by example. All three happen to work with institutions based in the classical realm, but none are focused on the past. All have their gaze trained firmly on the future – creating space for new art, nurturing new artists, and ensuring that creativity here continues to thrive. The Austin Critics Table will induct them into the Hall of Fame during the Critics Table's annual awards ceremony – the most informal one in town – on Monday, May 23, 7pm, at Cap City Comedy Club, 8120 Research. Here is a brief introduction to these cultural heroes. No disrespect to TR, but it isn't necessary to speak softly and carry a big stick to achieve great things. A small stick can do just as much, especially when it's being wielded by Peter Bay. The Austin Symphony Orchestra's conductor and music director communicates in a voice as gentle as they come, but put him in front of the ASO – or an orchestra for a performance by Ballet Austin or Austin Opera, an ensemble from the Austin Chamber Music Center or Austin Classical Guitar, the Austin Civic Orchestra, or a high school orchestra, all of which he's conducted for – and the dance of his baton, the motion always fluid and easy yet with gestures purposeful and precise, can tease forth sounds of exceptional feeling and depth. When he arrived in 1998, he brought an invigorating energy to the classical scene, and over 18 seasons with ASO, Bay's encyclopedic knowledge of music and calm command have raised its players' level of musicianship and forged a true ensemble, whether playing classic repertoire by the Killer Bs, Mozart, and Mahler; 20th century fare by Bernstein, Copland, and Prokofiev; or even newer work. Indeed, Bay has been a champion of contemporary music, programming orchestral works of the last 20 years by Toru Takemitsu, John Corigliano, Kevin Puts, and Austin's Donald Grantham; American premieres of works by Graham Fitkin and Nigel Westlake; and world premieres of works commissioned by ASO: Field of Infinite Forms by Christopher Theofanidis and Symphony No. 5 by Austin composer Dan Welcher. Bay's tenure has also seen ASO's first recording, rescuing works by the neglected American composer Edward Bur­lin­game Hill.

But Bay would be the first to say (in his soft-spoken way) that he's achieved none of this alone. "I don't make music by myself," he stated in one interview. "In fact, I make no sound. I rely on others to make sounds." Still, his collaborative skills with the musicians in his orchestra, with the ASO's guest soloists, with all of the musicmaking entities above, and with the organizations and artists behind the citywide Shostakovich 100 celebration in 2006, make Bay among the most valued artists in the city. Why else would Forklift Danceworks Artistic Director Allison Orr seek to make a dance based on his conducting movements? Bay's willingness to take the risk of making and performing this Solo Symphony speaks volumes about this quietly venturesome artist. 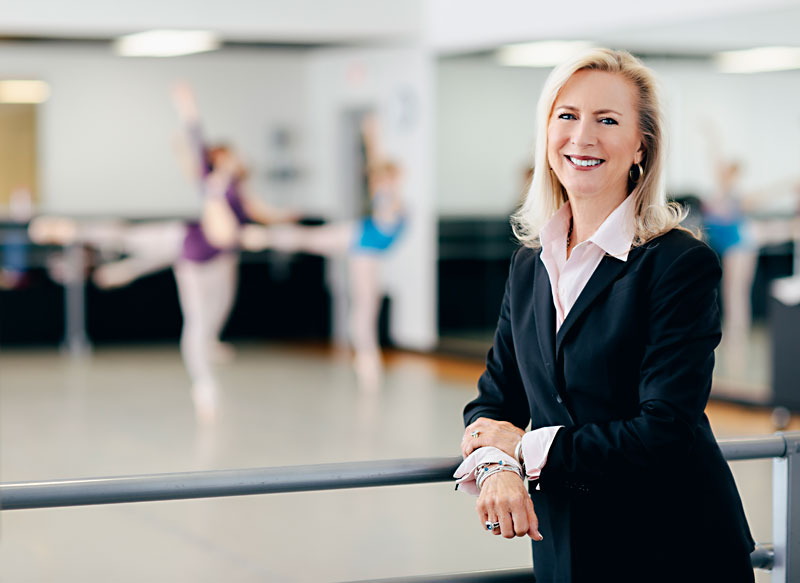 If anyone could be considered Austin's "Tom Joad of the arts," it's Cookie Gregory Ruiz. Like the hero of The Grapes of Wrath, who vows to be present wherever people are in need or in a fight, Ruiz is that presence the city's creatives can count on wherever there's a battle on their behalf. Wherever there's a struggle over arts funding, she'll be there. Wherever there's long-range planning that might affect the creative sector, she'll be there. Wherever there's a public official who needs schooling on the value of creativity in education or civic life, she'll be there. But where Joad was just going to be in all these places metaphorically, Ruiz is there in reality. In the past decade, she's had area artists' backs as chair of the CreateAustin Cultural Master Plan, as a City Council appointee to the Citizens Advisory Task Force for Imagine Austin, as part of the mayor's Community Cabinet, as vice president of the Texans for the Arts board and executive committee, and as a concerned citizen in more hearings and meetings of city commissions and task forces than you could count. If Austin has taken any step to ensure a better future for its creatives, it's a good bet Ruiz had a hand in it.

And amazingly, she's done all this while shepherding the growth of Ballet Austin into the nation's 11th-largest ballet company. As executive director – a post she's held since 1999 – Ruiz has overseen phenomenal increases in ticket sales and enrollment in BA's Academy, establishment of a national choreographic competition, national and international engagements for the company, and, most significantly, the construction and establishment of the $10.3 million Butler Dance Education Center. These achievements put Ballet Austin on the national stage, and Ruiz has moved with it, serving on the boards of Dance/USA (which she also chaired) and the Performing Arts Alliance.

These and Ruiz's other local good works (serving on boards for the Junior League of Austin, Austin Housing Works, and Con Mi Madre, plus working with other nonprofits) have prompted numerous honors, from the Austin Community Foundation's Beverly S. Sheffield Award to the American Red Cross' Clara Barton Medal of Honor to the Lone Star Girl Scouts Council's Women of Distinction Award. The Hall of Fame is one more, a way of saying that, where the current state of the Austin arts is concerned, we couldn't have done it without her. 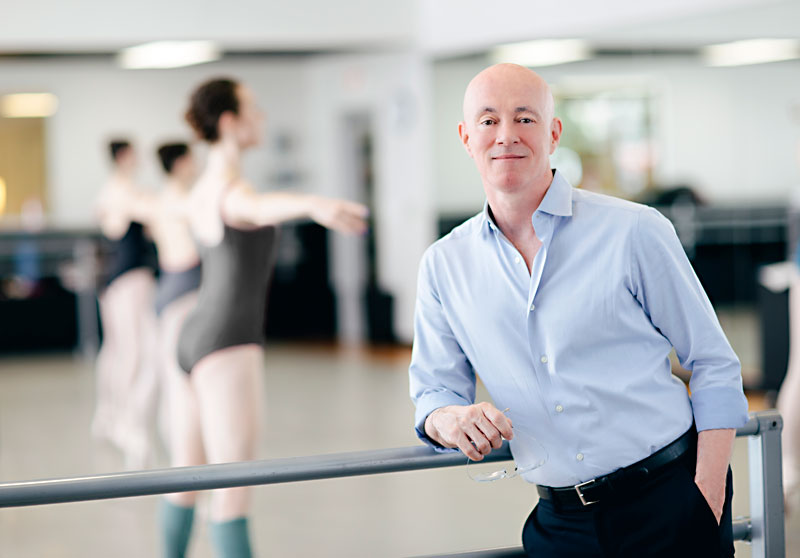 With some creative types, talk of having an "artistic home" may be made with some artistic license – that "home" is more of a gratifying way station on the long, bumpy road of making art. Not so for Stephen Mills and Ballet Austin. He arrived at the company's old firehouse studios on Guadalupe in 1987, and excepting the two years in the mid-Nineties when he set out as a freelance choreographer, he's been with the company ever since. Mills "grew up" at BA, rising from principal dancer to resident choreographer to interim artistic director and, finally, permanent artistic director, a post he's held since 2000.

In that time, Mills has been a conscientious steward of the company, taking care to preserve the traditions that connect Ballet Austin to the city – such as the annual production of The Nutcracker, 53 Christmases and counting – while also developing a ballet for a new Austin, a growing, more cosmopolitan city with a taste for the new and daring. "New" matters to Mills; on being handed the keys to his artistic home, Mills told the Chronicle, "Bringing new work into our company is the number one priority for me." It's a goal he's made good on, choreographing more than three dozen new dances himself, including an inspired adaptation of Hamlet that's been performed around the U.S. and in Europe; an animated take on The Taming of the Shrew, commissioned by and performed at the Kennedy Center in Washington, D.C.; One/the body's grace, which won a top prize at the 2004 Festival des Arts de Saint-Sauveur International Choreographic Competition; "Ashes," the dance which earned Mills the only American spot at the 1998 Rencontres Chorégraphiques Internationales in Paris; and Cult of Color: Call to Color, the adaptation of the mythic visual art of Trenton Doyle Hancock. Mills also instituted the New American Talent/Dance competition, in which dancemakers set new works on the company for prizes.

Mills has also made Ballet Austin a forum for contemporary issues, most significantly with Light/The Holocaust & Humanity Project, which won an award from the Anti-Defamation League and has been performed in Israel, Pittsburgh, Miami, and Denver. It's work such as this that earned the company invitations to perform at cultural festivals in Slovenia and Italy, and the Joyce Theater in New York City. His artistic home is one that he's built into one that is vital to Austin and, increasingly, the world.