As usual, ScriptWorks' annual showcase of 10-minute plays is a bit rough but shows the promise of creative minds 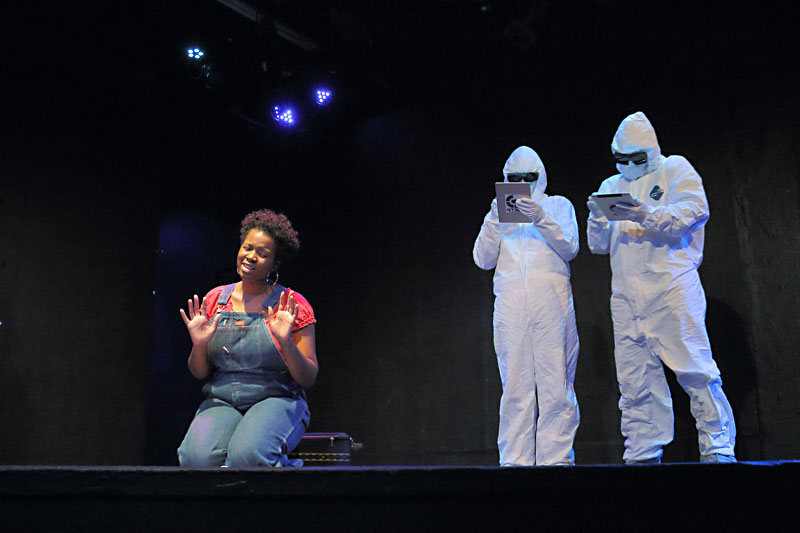 Among the many annual events on Austin's arts calendar, ScriptWorks' Out of Ink is among the smallest. Each year, in the fall, the playwrights organization offers its members three "ingredients" to include in a script and 48 hours in which to write a play that has all three in them and is no longer than 10 minutes. Each year, in the spring, ScriptWorks produces eight of those scripts as part of its Out of Ink program.

This year, one of the ingredients required the playwrights to keep their props and scenery limited to the extent that the whole play could fit into a carry-on suitcase. The writers also had to include an unknown note passed between characters and the "sound of the land." Taken as a single production, Carry On does what it says it will. It includes plays which take mostly literal interpretations of the ingredients. Yes, all the sets fit into and involve a carry-on suitcase, which lends the whole evening a tossed-together feel. Opening night found itself plagued by technical problems, which, while not uncommon for any small theatre, are notable given that the tech runs could not have included massive or unwieldy sets.

Put into the context of what ScriptWorks does every year, Carry On has put its focus into giving eight writers a chance to get a 10-minute play in front of an audience – something which is in fact not easy to do without a festival-type setting. Out of Ink's strengths also include recruiting great actors and directors. While the finished product may not always come across as particularly finished, what's happening in the rehearsal rooms may actually hold more value for the theatre scene than what eventually takes place onstage.

Among the stronger scripts in Carry On is "Fortunes by Vic" by Anne Maria Wynter (a personal friend of the reviewer, for what that's worth), a play about a couple who swing by a storefront fortune teller on their way to the airport with unexpected results. The play is aided by the performance from Michael Joplin, who is one of the most immediate and present actors working in Austin. (As an actor, he has the gift of being able to yank both audiences and fellow performers into wherever his character exists at that moment.) Katherine Catmull's "Right Into the Night Sky" also manages to create textured characters in the few minutes it has to construct a story, and Briandaniel Oglesby's "Small Steps" likewise builds some grand emotional moments. Adam Sweeney's "Pale Blue Dot" takes an imaginative approach, which poses as much of a challenge to the prop design by Brooks Naylor as all the other plays combined.

As is common for Out of Ink, the program also includes a few of what might be termed "talk plays": scripts in which the characters take their stage minutes to leisurely explore an emotional circumstance. It's an approach that doesn't get much stage time in a creative community dominated by 90-minutes-or-less, action-driven, collaborative plays.

This year's Out of Ink is as rough around the edges as ever, but apart from challenging its writers, it also challenges its audience to imagine what else might come from the two dozen creative minds at work on the production. 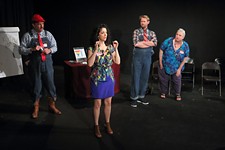 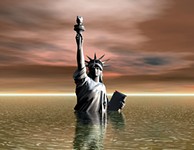