The exhibit drops viewers into the middle of the mystery of UFOs, but without providing any answers 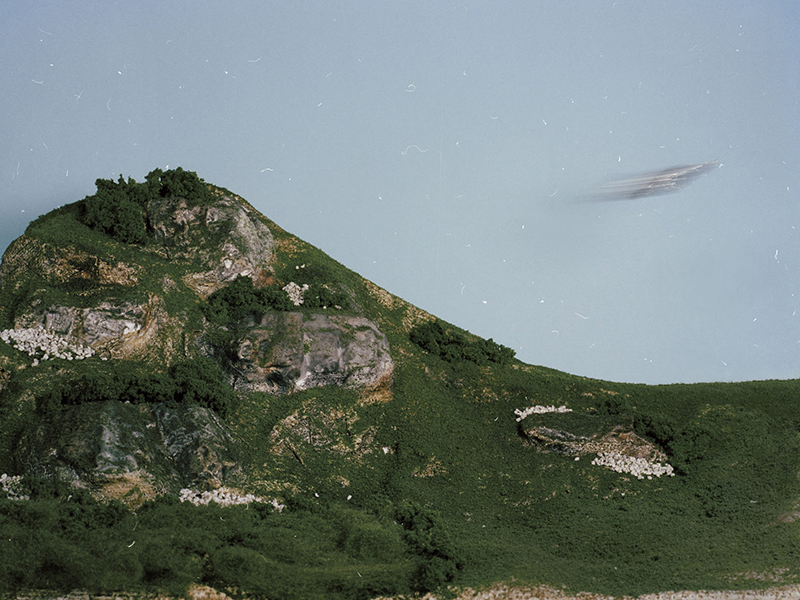 Are we alone in the universe?

This question keeps us awake at night. Gazing up at the grand expanse of the sky, we want to believe there is something else out there. But how can we prove this? What evidence do we need? What leaps of faith must we make?

Rebecca Marino invites us to think about this in "The Best Available Evidence" at grayDUCK Gallery. Combining photography, sculpture, and audio recordings, the exhibition brings us into the middle of the long-standing debate about the existence of UFOs. The show pulls from both archived evidence supporting life on Mars as well as artworks by Marino. Combining both, Marino blurs the lines between fact and fiction, the original and the copy, and the mundane and the spectacular. But she never solves the mystery she explores. Instead, she gives us fragments of its checkered story, leaving the rest to us.

The UFO archives make up both Unclassified – UFO Eye-Witness Testimonies and the small zine included in Photographic Evidence. These two artworks show how information changes when it's transferred into new contexts. Most of the articles reproduced in the zine are unreadable due to their original poor preservation. Several of them have entire sections missing since being edited with scissors years ago. Missing things, these stories leave us wanting more. Our answer can be heard in a nearby pair of headphones.

Apparently, beyond the written records of UFO sightings, the government kept audio ones as well. This lo-fi recording is a collection of firsthand accounts of witnesses retelling their close encounters of the third kind. Beyond the outlandishness of their tales is their complete dedication to their truth. These people really believe what they're saying. While it's unlikely that any of it is true, we can't really dispute it. We weren't with them when they made contact. It's our experience versus theirs.

This committed belief to the amazing surrounds us daily. We want to believe things can be more than they are. Photographs such as Radar-Visual (CE-II) or Nocturnal Light (CE-I) show us this by bringing the banality of the everyday into question. What's so special about this grainy black-and-white photograph of cows or this glowing streetlamp? What's buried in the snow-covered field of Roswell, NM? What's that strange silver blur in Daylight Disc (CE-I)? We don't know. Maybe it's nothing. Maybe it's the secret of the universe.

These works never tells us. Just like the archive, they omit things. But that doesn't stop us from believing there is something more. Our questions, like the six mogul radar targets, dot along the wall leading up the weather balloon like the big thought bubble it is. In our want of the mystical mundane, "The Best Available Evidence" shows us that even if we are alone in the universe, we aren't alone in the belief that we aren't. Because who wants to be alone anyway? 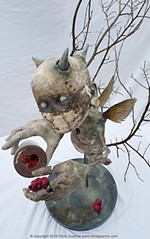 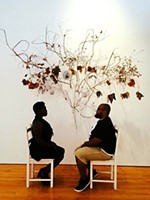