The Last Five Years at the Institution Theater 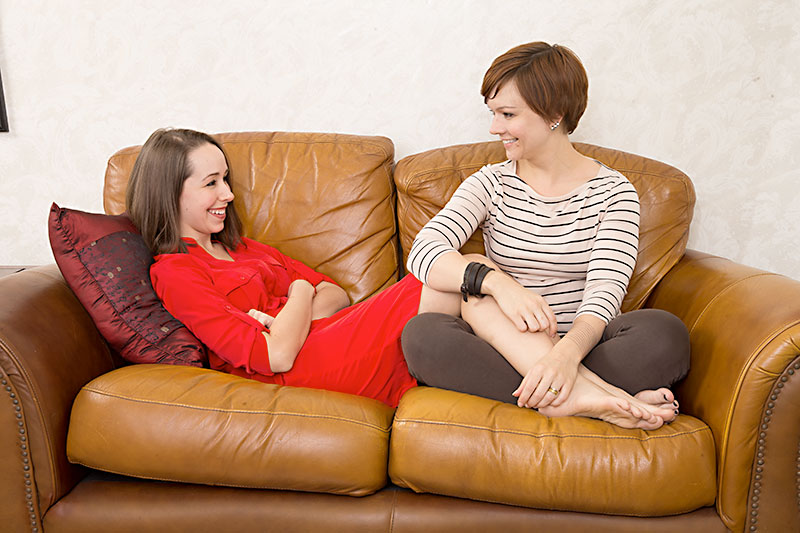 Glad we had this time together: Megan Sherrod (l) and Sarah Marie Curry (Photo courtesy of Steve Rogers Photography)

Love is a many blundered thing, its beginnings and endings a chaotic riptide of bliss, confusion, and agony. The Last Five Years, written and composed by Jason Robert Brown, takes us tunefully through a young couple's relationship over – you guessed it! – five years, from jubilant, coy genesis to heart-wrenching terminus, but does so in a novel way: One character moves forward in time, and the other backward. While this approach may seem like a gimmick at first, this Sherrod Curry Productions offering knows exactly what it's doing, adding yet another twist to this cozy musical. The result is a beautiful evening of intimate reflection, gracefully performed and wildly cathartic.

Austin has seen this show twice already over, well, the last seven years, with Penfold Theatre's productions in 2009 and 2015. A third staging in such a short time is firmly justified, however, by the idea of director Emily Rankin and producers Megan Sherrod and Sarah Marie Curry to have both parts played by women – Sherrod and Curry themselves. Here the traditional gender binary is visually removed, subtly and brilliantly allowing audiences to absorb the story in a compelling fashion. In any breakup, there is her story, his story, and the truth somewhere in the middle. Our instincts to observe, process, and judge the story based on our preconceived construct of gender evaporates, and it's fascinating how the simple absence of the masculine achieves this.

To be clear, this is not a depiction of a lesbian relationship – it's about as heteronormative as it gets, in fact. The program specifically states the writer's insistence that no aspect of his work be adapted or adjusted. One could argue this includes alternative casting, but that's an argument for a different article, and the advantage goes to the producers in this case simply for the end result. Curry's Jamie is a man. And not a woman "playing at" being a man, just an actor playing her character – and doing so very honestly as he moves forward in time, through the rise and fall of his relationship with Sherrod's Cathy, who moves backward in time from Jamie's departure through their first date. We're allowed to empathize safely with both as they sing their way through their relationship, the perils of loneliness, success, and distance taking their toll on each, with due diligence paid to the insight and conflict of both characters.

The clubhouse space at the Institution Theater doesn't lend itself well, acoustically speaking, to a musical: Every vocal imperfection is magnified in the small and intimate space (here set up simply to look like an apartment and lit well by Lindsey McGowen). But this is fitting and very lovely in and of itself. Which is not to say Sherrod and Curry don't sound great; both have good pipes and range, but we're not dealing with a huge, gaudy production – Legally Blonde: The Musical this decidedly ain't. It's a musical of two people sharing a space onstage and in each other's lives, and each crack of voice, every wrong note, tells a story so full of pain and/or elation that crisp and flawless tones would seem dishonest. Music director Max Randa clearly allows for that, letting the actors fully live within their emotional states without being overcome by them.

The piece on the whole is an intoxicating look not only at the simple idea of love, but also at how we digest stories based on how they're presented – perhaps as much a social experiment as it is a theatrical piece, asking us to consider the feeling rather than the delivery system. Personally – and this may hold true for anyone at the end of an important relationship – I found myself able to identify with both characters at different times throughout, sometimes feeling kinship with one while gaining incredible insight from the other. I certainly left the theatre with a new perspective on my own relationships, and that's an incredible testament to the transformative power of theatre.

Institution Theater Clubhouse, 3708 Woodbury, 325/227-7516
www.lastfiveyearsatx.weebly.com
Through April 2
Running time: 1 hr. 5 min.
A version of this article appeared in print on April 1, 2016 with the headline: Love Over Time 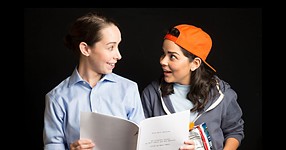