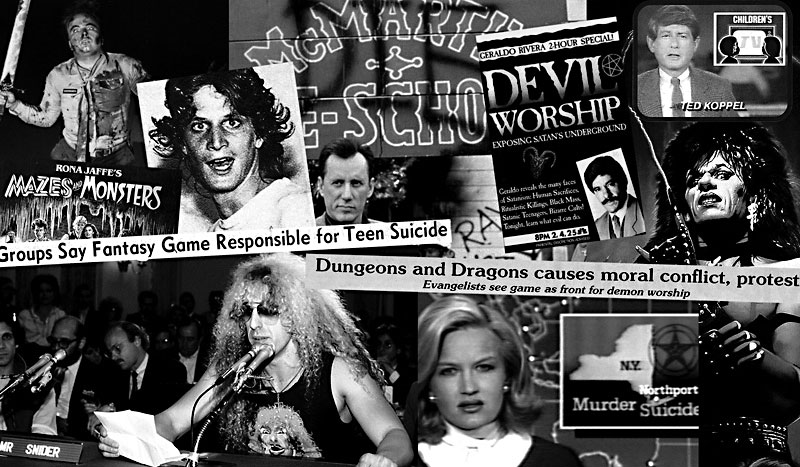 There are any number of things about the Eighties that pop culture refuses to let die. Some of them are, given a proper re-examination, rather excellent: the release of Richard Donner's The Goonies, the emergence of Nicolas Cage – in the films Valley Girl and Vampire's Kiss – as an actor to rival global cinemaniac Klaus Kinski, and the whole of New Order's sonic output. Even P.J. O'Rourke and Hunter S. Thompson were on the same philosophical Rolling Stone page for a time.

Among the downsides – and there's always a downside – were the notions of trickle-down economics for the poor (which eventually ended up trickling down to Oliver North and a covert war in Nicaragua), recurring flash points in the decades-long nuclear pissing contest between the Soviet Union and the West (which in turn spawned the equally toxic Sting track "Russians"), and, finally, the simultaneous rise of the Moral Majority and far right and often religious talk radio. Because the devil is, indeed, in the details, these two schizophrenic sides of the Eighties resulted in one of the strangest cultural uprisings of the 20th century, the so-called "Satanic Panic," a catchall term for the virulent, paranoiac, and mostly North American cultural whiplash that rippled and then raged across the lower 48 and Canada beginning in 1980 and ending, roughly, in the early Nineties.

As chronicled in Kier-La Janisse and Paul Corupe's superb nonfiction examination Satanic Panic: Pop-Cultural Paranoia in the 1980s, the turbulence and outrages of the preceding two decades, in conjunction with the advent of Ronald Reagan's "Morning in America" and an overzealous media desperate for bleeding leads, resurrected the country's on-off puritanical streak and aimed it directly at what would these days be thought of as proto-geek culture: MTV, Dungeons & Dragons, horror movies, heavy metal, punk rock. It got worse, though, with the story of the McMartin Preschool arrests in 1983.

"I experienced firsthand the furor surrounding heavy metal as the Eighties wore on," writes Janisse, "and the fear that covert Satanic machinations were at work everywhere around us – in our cartoons, commercials, music, movies, and most tragically of all, our daycares. It was a time of ... Richard 'The Night Stalker' Ramirez and, later, Saturday Night Live's the Church Lady." 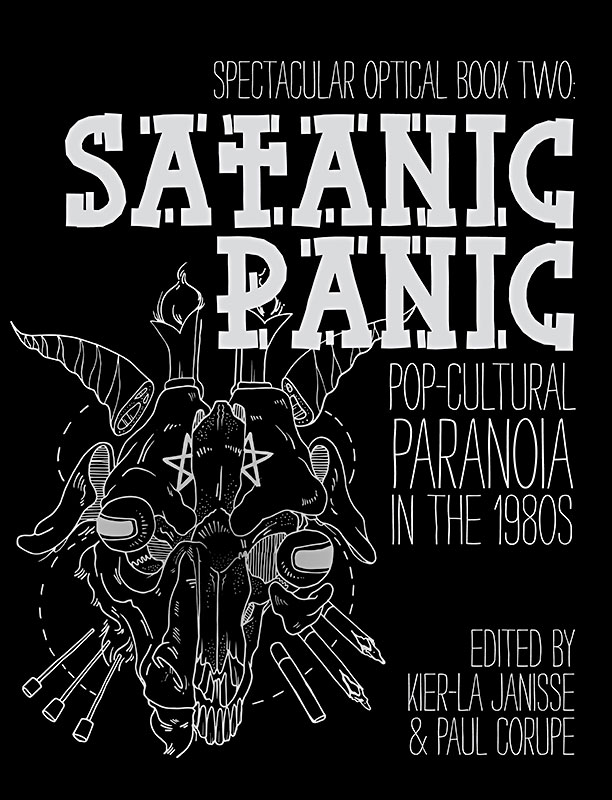 Human and cultural debris from the era still echo. As Janisse mentions, the infamously sordid McMartin case in California, during which imaginative tots were asked leading questions by dubiously credentialed psychologists and overzealous prosecutors, became the lengthiest and most expensive criminal trial in American history without actually resulting in any convictions. Vaguely remembered by the contemporary mainstream media, the McMartin case triggered not only every parent's worst – and least probable – fear, but also saw its own exploitative light shined, ironically, on itself in the 1995 HBO docudrama Indictment: The McMartin Trial, starring James Woods as a crusading attorney out to redress the deprivation of due process that was the hallmark of real-life coast-to-coast court cases. In his chapter "False History Syndrome," Vancouver-based film writer Adrian Mack explains that, ultimately, the film was just a different stripe of BS: "In the binary world envisioned by the Satanic Panic, there's either a global Satanic conspiracy molesting and sacrificing our kids or there's an immense network of social workers and lawyers bent on persuading children that they were raped."

Satanic Panic: Pop-Cultural Paranoia in the 1980s corrals more than 20 writers to help explain this seemingly inexplicable cultural battle for the literal hearts, minds, and especially souls of impressionable North American youth. Standout contributors include Feral House's Adam Parfrey discussing his meeting with Church of Satan founder Anton LaVey, Corupe's enlightening piece on how Christian comic book legend Jack Chick was drawn – no pun intended – into equating D&D with Satanism (and Wiccanism, just for good measure), and David Bertrand's explanation of how Christian-themed heavy metal and punk was fomented to "steal the devil's music back."

Writer David Flint covers the crazed intersection of the UK version of Satanic Panic via the always fascinating Genesis P-Orridge, co-founder of iconic industrial/performance artrock outfits Throbbing Gristle and Psychic TV, and his then-partner Cosey Fanni Tutti. Subtitled "Britain's Moral Panics, Satanic Hysteria and the Strange Case of Genesis P-Orridge," Flint manages to fill an entire chapter with one of the few aspects of the Satanic Panic that almost always goes unmentioned. (Certainly this writer was unfamiliar with it.) P-Orridge and company were, at the time, running Thee Temple ov Psychick Youth, a taboo-shattering multimedia alliance whose early VHS S&M tapes caught the eye of British authorities. On February 15, 1992, officers of the Obscene Publications Squad raided P-Orridge's home.

Presumably already somewhat unhinged by their ongoing but separate battle against VHS horror cassettes (aka "Video Nasties"), the OPS ended up empty-handed – P-Orridge and his family were traveling in Nepal at the time – and their "cult leader" hightailed it to California. Because he had committed no known crimes other than being an intellectual artiste.

Objective hindsight on the Satanic Panic years was impossible while the hysteria was at fever pitch, obviously, which makes Janisse and Corupe's Satanic Panic essential reading for anyone even remotely interested in connecting the dots between prior instances of pop-cultural freakouts – such as the HUAC kangaroo courts that flourished in America in the Forties and Fifties, and in Salem, Mass., circa 1692 – and, woe unto us, the collective irrationality of contemporary American politics currently playing on your laptop.

So did the Satanic Panic of the Eighties ever truly go away? Well, no, not entirely, and certainly not according to this book. The West Memphis Three, the vile shenanigans of the Westboro Baptist Church, Austin's own Oak Hill Day Care debacle involving Fran and Dan Keller, and the rapidly rising societal tsunami of political and evangelical ultraconservatism are just a few obvious warning signs that hunting metaphorical witches never truly goes out of style. The devil you say? Hardly. Ignorance, fear, and cultural anxieties put Old Scratch to shame.

Edited by Kier-La Janisse and Paul Corupe,
Spectacular Optical, 366 pp., $29.95 (Canada)
A version of this article appeared in print on March 11, 2016 with the headline: Devil of a Time