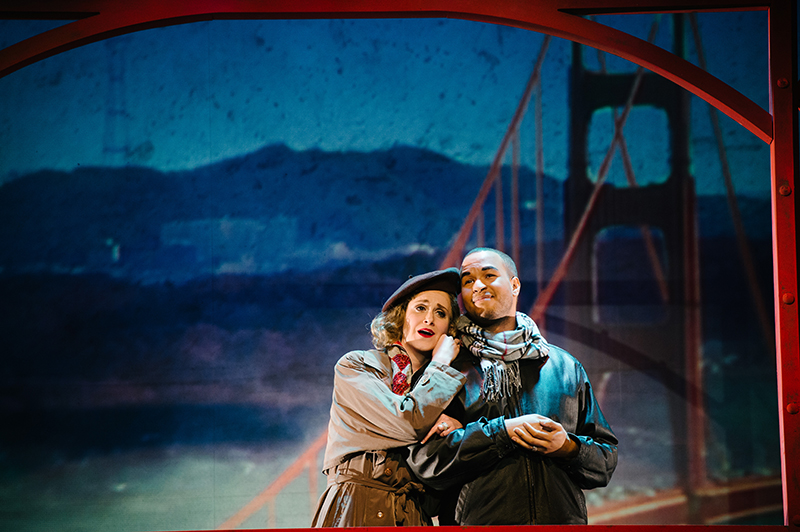 
Were slacks a good idea for a first date? Is Mom's decision to spend every Christmas by herself in Barbados a measure of how little she loves her kids? Such questions may have never bedeviled Madama Butterfly or Don Giovanni – or the protagonists of Jake Heggie's operas Dead Man Walking and Moby-Dick, for that matter – but that doesn't mean they aren't the stuff of opera. For as inconsequential as they may look in print, in Heggie's chamber works At the Statue of Venus and Three Decembers, just mounted together at the University of Texas' Butler Opera Center, they become springboards to the larger question "What is it to be loved?" And that's been at the heart of opera since the form was born.

In the case of Rose, the heroine of At the Statue of Venus, the sartorial inquiry is prompted by her desire to make a positive first impression on the stranger she's agreed to meet by the titular sculpture. Her worry that she won't and his lateness give her time to notice all the women in the museum – both those walking and talking and the still ones represented in paint and marble by Titian, Matisse, Monet, Chagall, et al. – and to slide down a rabbit hole of apprehension, self-doubt, and second-guessing her decisions. Will he like me? Will I like him? Why did I agree to this? It's that rapid downward spiral of the modern urban mating ritual made familiar by writers from Woody Allen to Stephen Sondheim, expressed here in the neurotic anxiety of Terrence McNally's words layered over Heggie's nerve-jangled music. But just when Rose is ready to walk out of the museum without seeing this man she doesn't know, she ponders what she might miss by leaving: love. She recalls being loved as a child, the safety of it, the hope it gave her, and that memory melts the cool disquietude of the metropolitan sophisticate and warms her to us watching and to the promise of possibility. The work asks a lot of its sole performer in 20 minutes – a range of feelings in swift succession, from jitters to pique to peace; comic timing; vocal and physical expressiveness; stamina; and, not least, the ability to hold a stage alone for a third of an hour – but on March 4, Chan Yang Lim rose to the challenge, deftly negotiating Rose's hairpin turns of emotion, landing the laughs, and, especially, kindling a flame of comfort and optimism in that recollection of being "a lucky, lucky child."

Remembrances of childhood, and specifically of the security felt in a father's arms, also played a prominent role in Three Decembers, where adult siblings Beatrice and Charlie commiserate over their less-than-effusive relationship with their mother, a stage actress of some renown. Their father, who died when both were still quite young, is a hazy figure, but the two cling to what few memories they have of him, in part because the warmth they offer helps to stave off the chill from their self-involved, spotlight-loving mama. Heggie and librettist Gene Scheer – the composer's collaborator on Moby-Dick – track the family across two decades in 10-year intervals, during which Bea takes refuge from her unhappy marriage in a bottle and Charlie must deal with his lover's fight with – and death from – AIDS, all while mother Maddy enjoys more success on Broadway. In time, the friction among the three leads Maddy to reveal hidden truths about Bea and Charlie's father, which upend their cozy memories and force them to reconsider who in their family loved them and how. With just a trio of characters and a tight focus on blood ties, connection is crucial, and Julia Taylor and Jawan Jenkins conveyed not only a sense of individual frustration and resentment with their absent mother, but the shared bonds of siblings who suffer the pain of such a situation together. And while Ellie Shattles may have looked more like a sister than a mother to her fellow performers, she projected Maddy's maddening vanity and lack of engagement in her children's lives. Thus, this Three Decembers was rife with sharp edges. Still, Heggie's music repeatedly points toward resolution, and one does come, albeit after Maddy's death, at a memorial service for her on Broadway. But she being a star, of course she's present for it, and this being opera, she sings. And after 90 minutes of familial discord and grief, the voices of Shattles, Taylor, and Jenkins intertwining in harmony was not only sweet but a reassuring sound of what it is to be loved.

A version of this article appeared in print on March 11, 2016 with the headline: At the Statue of Venus/Three Decembers 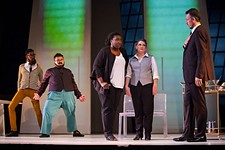 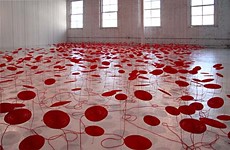