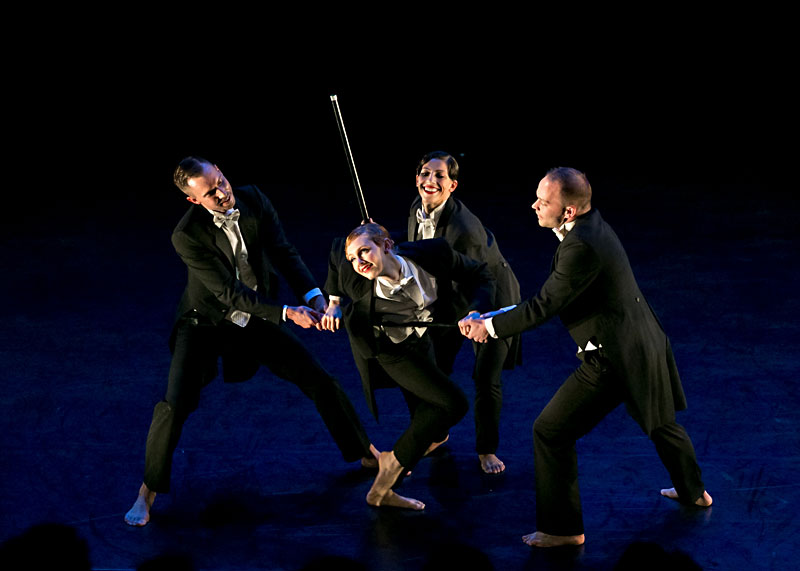 Leave it to Kathy Dunn Hamrick, choreographer of resonant dances and developer of a solid audience base for her own 17-year-old company, to streamline the contemporary dance festival into a one-day, gem-studded event. Tickets are cheap for three carefully curated programs – just $40 for a day pass or $15-25 each – that balance emerging artists with established ones, from near with far.

Last year, the festival introduced Austin to the skilled young dancers of Dallas' Dark Circles Contemporary Dance and the cleverness of director-choreographer Joshua L. Peugh; they're back at 8pm, dancing a tail-coated, barefooted quartet. Houston's deliciously diverse METdance troupe, also returning, is sophisticated even in activewear, but they'll wear black at 8pm, when they dance Camille A. Brown's ode to the brass-band parades of New Orleans, the post-Katrina "New Second Line."

Festival newcomers include Kira Blazek, based in southern California, who set her post-postmodern "Remix | Reorganize," at 5pm, on Austin dancers. The piece, she says, is best experienced as though you're watching "moss growing or insects flying." A different approach might be needed for "Profilin'," at 8pm, Floridian Trent D. Williams Jr.'s solo based on his own experiences as an American black male.

And that's just a drop in the bucket: The lineup includes 18 other companies and independent artists, including Austinites Arcos Dance, Ellen Bartel, Andrea Ariel, and Hamrick herself.