The lowdown on the 2015 submissions, judges, 10 finalists, and the prize-winning stories 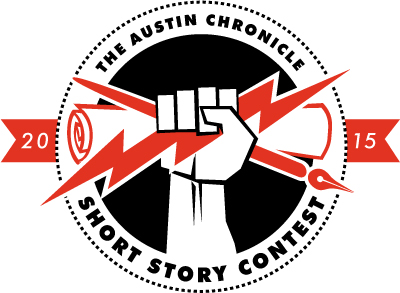 You've heard them, right? The voices you can't get out of your head. Relatives, bosses, teachers, friends, enemies, yourself, voicing criticism or comfort, desire or regret, but whoever they are and whatever they're on about, they keep up a steady chatter in your cranium you're at a loss to stop.

The characters in this year's Short Story Contest have sure heard them. Among the 10 tales selected as finalists, most feature protagonists contending with an inner voice. Some come from deep in the past: the father whose Saturday rituals of listening to the Beatles and eating frozen pizza with his kids made them feel watched over and safe, the brother who was beaten to death in a hate crime, the saxophone that hasn't been played in years sending a siren call to its musician owner to pick it up again. Some come from a place of possibility, the nagging voice of "What if": What if I hadn't miscarried? What if I'd died in the car crash instead of my husband and young daughter? What if I'd aimed the .38 special at the guy in the corner of the gun shop? Then there's the voice in our First Place winner, that of a giant squid as represented in an abstract painting by a famous artist.

The voices that haunted the figures in these stories were also indicative of the voices of the stories' authors: distinctive and memorable. The panel of judges assembled for the contest – the same as last year's panel because everyone so enjoyed the selection process that they jumped at the opportunity to take part again – responded strongly to these writers and praised the sophistication of this one's style and the vividness of that one's imagery. After discussing the finalists' merits in depth and choosing the top stories and honorable mentions, they agreed that this year's contenders struck them as even stronger than the ones in 2015.

I bow humbly to them for their generosity and good nature in judging this year. As I said last year, the delight of the meal we shared was exceeded only by their company. And I honor the squadron of first-readers who ensured that each of the 381 submissions was read twice and ranked. My heartfelt gratitude to: Nick Barbaro, Wayne Alan Brenner, Jessi Cape, Kimberley Jones, Eloise Kirn, Josh Kupecki, Joseph Mayfield, Kat McNevins, Susan Moffat, James Renovitch, R.U. Steinberg, Jason Stout, and Danielle White. (FYI: Again this year, more than one-third of the entries came from outside Texas, with submissions from 36 other states, plus the District of Columbia, and six countries outside the U.S.) Thanks also to our marketing gurus Dan Hardick, Dallen Terrell, and Sarah Wolf; co-sponsor BookPeople; and you, dear readers and writers, without whom this contest couldn't exist.

L. Shapley Bassen is fiction editor for PrickoftheSpindle.com and a finalist for the 2011 Flannery O'Connor Award. She is the author of Summer of the Long Knives, Lives of Crime & Other Stories, and the forthcoming Marwa. She is also a prize-winning, produced, published playwright.

Third Place: "Glass Lemon" Maddie De Pree lives in Decatur, Ga.,and hopes to attend the University of Richmond next year. She likes antiquing, sewing, and other hobbies that make her sound old.

Honorable Mention: "A Lighter Subject" Rebekah Junkermeier was born in Minnesota and lived in Ankara, Rome, and New York City before coming to Austin. She currently works in international education and is writing her first novel.

Honorable Mention: "Retirement Day" Brantley Ross Pringle Jr. grew up on a farm in Northwest Texas. He moved to Austin in 1988 and works as a trial lawyer. He is married to his high school sweetheart, with whom he has two wonderful children.

Other Finalists (in alphabetical order by author):

Brad Rundblade, "Aiming for What?"

Raul Garza won first place in the 22nd Austin Chronicle Short Story Contest with his story "In the Room." He wrote the plays Fantasmaville, which won the National Latino Playwriting Award; Confessions of a Mexpatriate; and "MyHEB," a Best of the Fest selection in the FronteraFest Short Fringe. He is also co-founder and creative director of TKO Advertising.

Annie La Ganga is the author of Stoners and Self-Appointed Saints, A Memoir and creator-performer of the solo shows Surprise Annie, produced by Rubber Repertory, and The Major Arcana, produced with Portland Story Theater. She and Rebecca Beegle run the Grownup Lady Story Company, an enterprise for storytelling performance and coaching.

Steve Moore co-founded Physical Plant Theater in 1994 and has written most of its shows. Among his plays are Nightswim and The Kindermann Depiction, both recipients of the Austin Critics Table's David Mark Cohen New Play Award, and the text play Computer Simulation of the Ocean. He holds an MFA in playwriting from the Michener Center.

Mary Helen Specht is a past Fulbright Scholar to Nigeria and Dobie-Paisano Writing Fellow whose first novel was Migratory Animals. Her writing has been nominated for Pushcart prizes and has appeared in many publications, including The New York Times and Night Train, where she won the Richard Yates Short Story Award. She teaches creative writing at St. Edward's University.

Amanda Eyre Ward is the author of five novels, including How to Be Lost and Close Your Eyes, which was named in Kirkus' Best Books of 2011 and won the Elle magazine Fiction Book of the Year. Her most recent novel, The Same Sky, was inspired by meeting immigrant children in shelters in Texas and California, and hearing their stories.

A version of this article appeared in print on February 19, 2016 with the headline: Persistent Voices