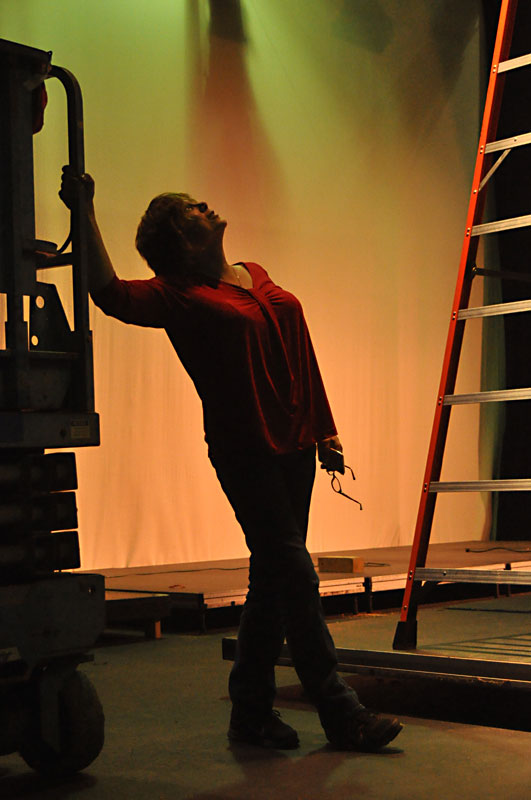 The dreamlike haze fades, the stage lights come up, and onto the playing space steps Lisa Scheps. Classy and a bit sassy, this woman of the theatre stands at center and begins her melody, a symbolic tune for communities too little seen on the stage. The spotlight shifts from Scheps to the audience, illuminating a sea of faces of all ages and from all cultures. The light shifts again, and a play begins: an original work created and performed by an underrepresented community. The people in the audience are profoundly moved, enlightened, inspired. As they walk out of the theatre exchanging thoughts and feelings about the show, the spotlight returns to Scheps watching this beautifully diverse group. She smiles, knowing that the space around her has made an indelible mark on everyone who's been in it – artists and audience alike.

This is a dream, but the reality of it can be seen in the work Scheps does every day as founder and director of Austin's Ground Floor Theatre. Scheps opened this 120-seat black box performance space on the Eastside in December 2014, and in its first year her nonprofit venue has already been home to more than 40 different productions highlighting voices by and for underrepresented communities, including women, LGBT, the differently abled, and people of diverse ages and cultural backgrounds.

From the moment she jumps out of her brown Mini Cooper in front of the converted warehouse on Springdale Road, Scheps is sucked into the constant chaos of phone calls, meetings, productions, and never-ending renovations. The theatre, her second home, requires all of her attention. Even Sofi, her Petit Basset Griffon Vendéen dog, is left to watch as Scheps scrambles around with limitless energy.

Armed with conviction and purpose, Scheps and her co-director, Patti Neff-Tiven, are carpenters, secretaries, and directors, as needed. "We'll do anything," Neff-Tiven says. "We'll be here every single day doing everything that needs to be done, from cleaning toilets to lighting the show, directing, whatever it is." You might not expect a woman with a perfectly groomed French manicure to be scrubbing toilets, but Scheps does because this theatre matters that much to her.

But theatre has always mattered to Scheps. Growing up in an upper-middle-class, privileged family in Houston, Scheps quit everything she tried from swimming to piano lessons until she found her true calling at the age of 9 at the Alley Theatre school. And it was Chris Wilson, aka "Mama Bear," who ran an afterschool program there called Studio 7, that proved the biggest influence on the young Scheps.

"She treated us kids like adults," Scheps recalls. "She instilled in us the importance of discipline in this artistic medium. At the same time, she nursed us and nursed our art." Scheps got so much out of working with Mama Bear that she stayed with Studio 7 from age 11 through high school.

"She's always been involved in theatre in one way or another," says Lee Blaine, 57, who's known Scheps since sixth grade. "In high school, we formed a company called Bad Productions. We gave the company that name, that way we could say, 'We told you at the beginning it was a bad production,'" he says, laughing.

Scheps left Houston to study theatre at North Texas State University (now the University of North Texas), but she only lasted a year before the lure of New York City proved irresistible. On June 21, 1977, Scheps and a friend left to take a bite of the Big Apple. She was able to find work in theatre and soon proclaimed herself a New Yorker. Now, she speaks of her time there as some of her "best decades."

In 1994, Scheps moved to Chicago to start her own theatre company. She founded Concentrix Corp., a business theatre (used to market products and services to industry professionals), and it was a success.

But behind the successful theatre professional was a person who had not been open to everyone about her gender identity. Blaine claims that Scheps has always been somewhat guarded and that she hadn't told him about her transition until well after his wedding in 1998. "I was embarrassed to not have picked up on it," he says. "She did her best to hide [her transition] from everyone. It was obvious she was concerned about a backlash, about being judged or shut out. I like to think she knew in her heart I would always be her friend."

Some people were more accepting of Scheps' transition than others. In 2000, she decided to begin living openly as a woman and disclosed her transition to her business partners. According to Scheps, they didn't accept her gender expression and bought her out of her company. She refers to their response as "a hostile takeover." 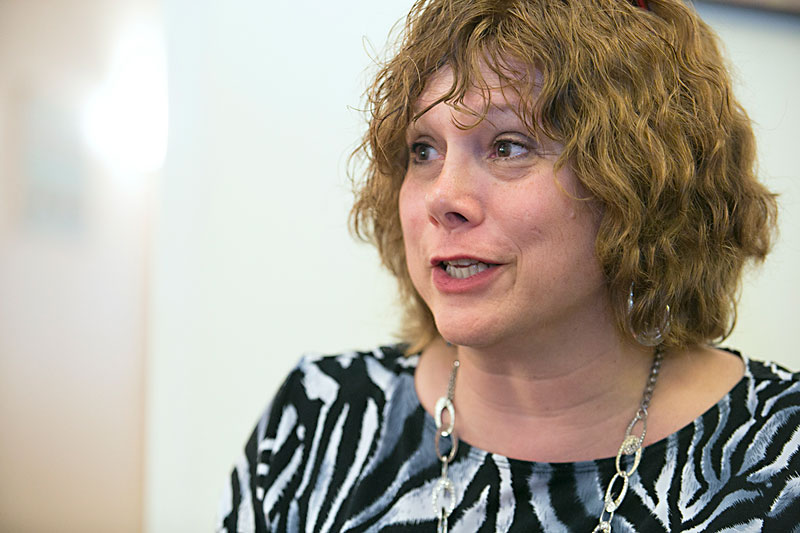 Scheps felt her life hit rock bottom, and it made her understand what life was like on the other side of the tracks in a way she hadn't before: "I was one of those people that said you could do anything in this country if you just pulled yourself up by your bootstraps. I didn't see the forces lifting me up. I didn't see that other people didn't have those forces. Not only did they not have those lifts, they had the opposite forces, forcing them down. It wasn't until I transitioned that I saw all that."

The anguish of the experience propelled Scheps to start making a difference in other people's lives. She added "advocate" to her résumé and started working in the political arena. After moving to Austin in 2002, her empathy as witness and victim of discrimination against the LGBT community, especially trans folks, led Scheps to found the Transgender Education Network of Texas.

"She's dealing with stuff that's far greater than what I've had to deal with," says Blaine. "I believe that the world changes by those who show up. I have been very proud of her for the issues she's been confronting. She's got a heck of a lot of guts."

Still, always calling to Scheps was the medium she loves most: theatre. She started a KOOP radio show, Off Stage and on the Air, to have a forum for talking about advocacy issues and theatre. But that wasn't enough. She opened a space, play! Theatre, on East 12th in 2005, but it lasted just a year. Then, in 2014, she wanted to try running a theatre again, only this time she planned to merge it with her interest in advocacy.

Heather Barfield of the Austin Creative Alliance, a group that advocates and helps to advance Austin's creative and cultural communities, is glad that the little theatre with a big mission is here. "Austin is losing a lot of performance spaces. It's a big deal that there is another venue," she says. "And specifically with Lisa, she's interested in putting on shows about communities whose voices and stories are not as readily available or not often performed. That's been part of her mission: to give them a performance space to express themselves, which this community very much needed."

Ground Floor opened Dec. 9, 2014, but May 28, 2015, may be a more significant date. TILT Performance Group presented The Flip Side, a collection of six 10-minute plays all told from the vantage points of people discriminated against as "different/other." As Scheps watched its cast of differently-abled actors perform, she came to a powerful realization about Ground Floor's potential to help the underrepresented. "No one coddled them. They were treated like any other performer," she says. "It was really incredible to see. I knew we had the right mission at that point."

Scheps sees her craft as a tool for driving emotion and change, but downplays her efforts as a transgender theatre director. "I'm far from revolutionary, really," she says. "I'm mainstream, but theatre can cause revolution. I'm not going to be doing shocking theatre, but I want to do theatre that says something, that speaks, that causes people to think."

Scheps plans to stay in this location and keep to that mission for the long haul. With TLC and fundraising, Ground Floor has made it through its first year. And Scheps has ambitions for the future. She says that in five years, the theatre won't be charging people to see their shows. "I'm seeing theatrical artwork with the notion of taking it to the streets and leaving these walls. We will be serving the underserved 52 weeks a year. Our vision is theatre for everyone," she says, almost singing it with excitement.

The name may be "Ground Floor Theatre," but this space has served to elevate the spirits of Austin's underrepresented communities. The lights do not dim and the curtains never seem to close in Scheps' presence.