"Donald Moffett" at the Blanton 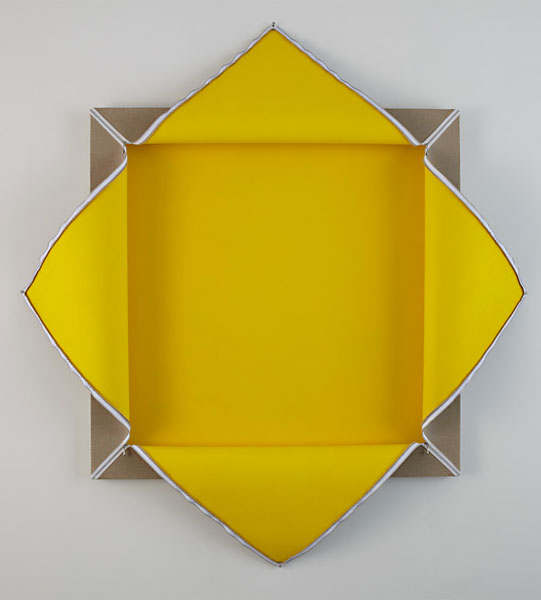 Donald Moffett's work is as much about a philosophical experience as a tactile one. Though the Blanton Museum of Art's exhibition of his work represents an effort by the institution to procure more work from Texas artists, it also marks a shift in programming, which has arguably been a little apolitical in past years but is now beginning to take on a more timely cultural tone. Moffett, a San Antonio native, is known for his mixed-media works, notable for their bright colors and structural components. His more direct subject matter, like his digital prints and works on canvas, is equally bold and often points to philosophies of social activism and political progress. Moffett's own political ideologies have been well documented, especially through his involvement with AIDS activist groups in New York during the height of the AIDS epidemic.

In What Barbara Jordan Wore, to be displayed on December 5th, Moffett explores the life and legacy of the famed Texas politician. In his series of digital prints of the Texas Legislature in the late Sixties, Moffett offers a subtle nod to the fraught racial tides within Lone Star politics while simultaneously lauding Jordan for her public works. What Barbara Jordan Wore could easily be passed over – these prints look identical to the ones that hang in the Texas Capitol – but Moffett intends for your eye to be drawn to Jordan initially and then pan out. What you find is that she is not only the sole person of color within the Legislature, but also the lone female in a political body composed exclusively of white men.

Moffett's social innuendos are contrasted with works that explore abstraction, color, and texture. These are more indicative of Moffett's practice in later years and follow an interesting trajectory from the more radical and conceptual focus of his early work. In Lot 102807X (Yellow), a canvas unzips from the wall, exposing a bright yellow center.

If anything, the "Donald Moffett" exhibition feels lacking due to its brevity. For an artist who has made giant strides in the visual art world, it feels paltry to limit his exposure in a city that could benefit from a few more liberal voices willing to take an aggressive stand against a conservative political climate.

Blanton Museum of Art, 200 E. MLK
www.blantonmuseum.org
Through Feb. 28
A version of this article appeared in print on November 20, 2015 with the headline: "Donald Moffett"

“Jeffrey Gibson: This Is the Day” at the Blanton
The artist explores his indigenous roots and American identity in this solo exhibition