The author of Coraline, Sandman, and American Gods on our love of stories and how what he set out to do as an author was "write stories to the world"

The man who transformed DC Comics' old Sandman character from a science-based sort of avenging detective to a supernatural King of Dreams. The writer whose graphic-novel collaborations with Dave McKean and others have enthralled lovers of sequential art and literature for decades now. The author of the bestselling novels American Gods and The Graveyard Book, the movies Coraline and Stardust, and so many other creations in so many other mediums.

"Baby brain and slightly sleepless," he tells me, explaining our earlier botched connection. "Forgot to turn on my phone and check the calendar."

Of course Gaiman has baby brain: His son was born in mid-September, is still in the phase that requires all manner of constant, agenda-wracking attentions from bleary-eyed parents. But even baby brain can't cause more than a brief glitch in the acclaimed author's schedule of interviews and touring and public appearances and – naturally – writing, writing, writing.

That's why this interview, in fact. Because Gaiman will be at Austin's Long Center on Friday the 13th – and I was lucky enough to get some phone time with him in advance.

Austin Chronicle: What will you be sharing with the audience at the Long Center?

Neil Gaiman: The lovely thing about doing the sort of Evening­-With­-Neil-Gaiman show – that I've been doing now for, ah, for some years – is that, mostly, I have absolutely no idea what I'm doing. And this is a literal has­-no-­idea­-what­-he's-doing and a slightly more metaphorical has­-no-­idea-what­-he's-­doing, and the joy of these things tends to be going, "Okay, what do I feel like doing tonight?" Normally, poems will get read, short stories – often, very short stories – will get read. There will be talking. There will be the inside of my head. What I've loved doing more and more, recently, is getting the audience to do a lot of the work for me by asking questions – by writing questions down upon note cards. Which is great, because if a couple hundred people put questions down and I shuffle through them beforehand, I can go, "Oh, okay, a) that's what a lot of people seem to want to know, and b) that's a really fun question that I don't think anybody's asked me before, and I will answer it. So there's a certain amount of just grabbing the pile of questions and seeing where that takes me. Which means that none of these events are ever quite like any other. And hopefully means that Austin will get a very Austin­-specific event.

AC: And I have a few questions that I've got written down on, appropriately enough, a series of note cards. For instance: Neil, in all the stories that you've created, is there one consistent – or at least occasionally repeated – message that you would most want a reader or viewer to realize?

NG: The lovely thing about being a writer – as I have now been for more than 30 years – is that what you try and do isn't actually what you achieve. What you try and do is to never repeat yourself. What you're trying to do is say something absolutely different each time, never pop out of the same hole twice, absolutely reinvent every possible wheel. That is what you plan to do. And whenever I sit and look at the future, I see things I haven't done before. But when you turn around and look back at 30-­plus years of work lined up behind you, you realize that you've just been saying the same shit over and over. And it's okay, because you didn't notice while you were doing it. And what you wind up saying is things like "stories are important," "the imagination is important," and "you should be able to think yourself out of problems – brains will always be superior to brawn." And "people matter" and "individuals matter." All that kind of stuff. But it wasn't what I set out to – it wasn't a message kind of thing, like I'm Writing With a Message to the World. I never was; I was writing stories to the world. But now I can look back and go, "Ah, there was a message." Coraline, for example, is "you can think your way out of trouble, and being brave does not mean you aren't scared." It means that, "no matter how scared you are, you do the right thing anyway."

AC: Well, damn, yeah. And is there a particular work of yours that you feel embodies what you'd consider the most important of those messages?

NG: You know, it's really hard for me to point to any individual works, because it's like saying, "Okay, which body part would you like me to remove more with my little penknife?" It's all part of one giant corpus. If I were going to point to anything, I would probably point to The Ocean at the End of the Lane, the novel from 2013, which is about memory and about healing and about the power of stories and the power of the imagination to get you out of trouble. And I'd probably point to American Gods, as well – a big, giant, doorstop of a weird thriller, which is a huge and glorious mess, and I still look at it and go, "Everything that I thought about the world, about America, and about life, it's all somewhere in there."

AC: Why, in these modernized times, with everything going digital and with so much science around to illuminate the former darknesses of the world – why do fantasy and the supernatural continue to be such a popular, even an important, thing?

NG: I think there's a couple of reasons. And I think they have to do with the fact that the most powerful things that we possess are our imaginations. The reason why we're in this amazing, wonderful, futuristic world right now – with phones as powerful as super­computers, with the ability to fly from continent to continent, all of this kind of stuff: It's because we imagine. Somebody imagined that things could be different, and then somebody made it up. Fantasy and science fiction have been incredibly important to all of the high­-tech stuff that we're in, because the people who invented the things also started out reading fantasy, reading science fiction, and thinking things can be different. And I think that is probably the most powerful tool. And I also think that people love stories. Human beings are designed to love stories – we're storytelling animals. We can remember dry facts – names, addresses, telephone numbers, email addresses – these things are in our heads and they fall out of our heads. But stories are in there forever, and they're in there on a level of craving, of delight. I remember as a little child, demanding that adults would tell me a story. And now I'm an adult, and it's one of my greatest delights, to tell stories.

A version of this article appeared in print on November 13, 2015 with the headline: Where's Neil When You Need Him? 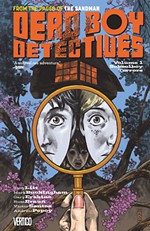 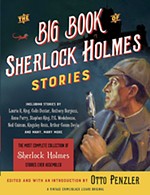