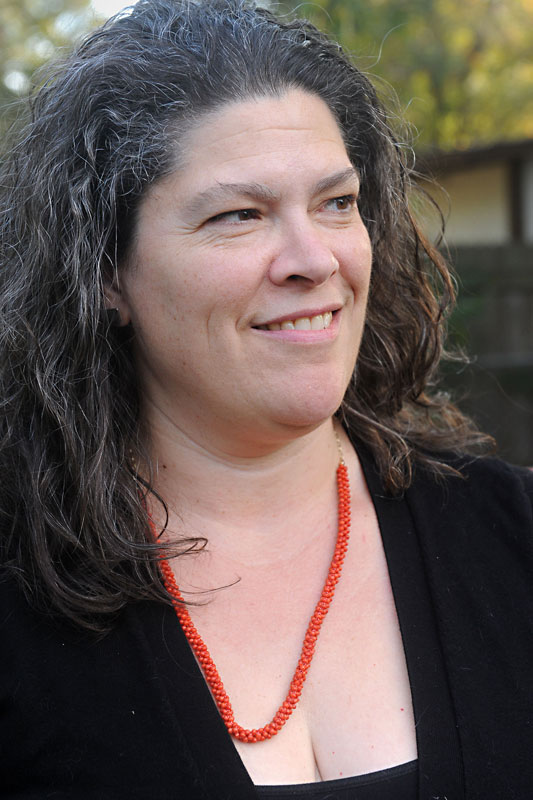 Back in 2009, Colin Denby Swanson's most successful play so far, The Norwegians, was only 10 minutes long. "They were doing one of those 24-hour play things," she says, "as a fundraiser, where the writers get prompts at 5pm on Friday, and by Saturday morning the writers send in their 10-minute plays, and by Saturday evening the plays are memorized, staged, costumed, and produced. For whatever reason, I decided to write about gangsters. And my rule would be, they had to have one-syllable names. So I came up with Gus and Tor. And then I thought, 'Oh, they're nice gangsters. They're from Minnesota.' And I just started to laugh."

The play's life might have ended there. It was nothing like Swanson's work up to that point – "three-hour, two-intermission pieces, with intense theatricality, puppets, live music, a chorus of horses, people transforming into animals," she says. But Swanson found an enticing challenge in the story's potential simplicity: "Norwegians is four characters, simple set, 90 pages. Writing it was part of a test I gave myself: Can I write a full-length play in six weeks? Oh sure. You betcha."

Most Austin-based playwrights would have followed the script's completion with a lengthy development process and a world premiere here in town. The Norwegians had just one living-room reading (where Swanson discovered that this play about a displaced Texan hiring hit men to take out her ex was, in fact, funny) and then landed in New York, in the hands of the Drilling Company artistic director, Hamilton Clancy. Within a week of reading the script, Clancy called Swanson to say he wanted to stage the play in the spring. Fast-forward a few months and The Norwegians was, as Swanson puts it, "the Little Production That Could." Following a glowing New York Times review that celebrated the show's Fargo-esque black humor and skewering of Midwest personalities, The Norwegians ran for a year. Three moments of success seem sweetest to Swanson: "Taye Diggs came to see it. Billie Jean King tweeted about it. Also, the Drilling Company production ran long enough in NYC that the cast, who were all Equity members, qualified for health insurance through their union. I mean, I love that the play has been published and nationally produced and seems to have legs, but man, this play gave a few people health insurance. That still makes me emotional." 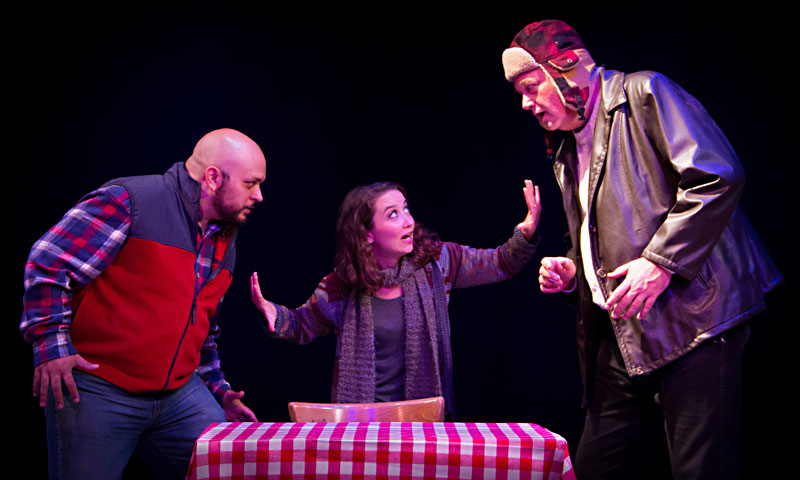 Dramatists Play Service got hold of The Norwegians and published it, and the script put in appearances in the Smith & Kraus 2013 collections of New Playwrights: The Best Plays, The Best Men's Stage Monologues, and The Best Women's Stage Monologues. Regional productions followed, including a half-dozen in Ohio alone ("Why Ohio? I don't know. I'm big in Ohio."). And all the while, the closest it got to Austin was the fall 2014 production at Southwestern University, where Swanson is an assistant professor. Sharing her work, as well as the unconventional story of her career, with her students is vital to Swanson: "After receiving my MFA at the Michener Center, I got on the fellowship wagon in Minneapolis, at the Playwrights Center, where I held a Jerome Fellowship and then a McKnight Advancement Grant. I was a William Inge Playwright in Residence in Kansas, then was the playwright in residence at Zach, as part of the NEA/TCG Theatre Residency Program for Playwrights. And then I stopped writing for several years. Theatre is a difficult industry. The year I turned 40, I was broke, single, unhappy, watching Sense and Sensibility over and over again, at midnight, with my cats. I realized what I actually wanted was to be a mom. So I stopped writing. Focused on financial stability. Became a foster parent. Eventually I adopted my son. Writing is always a personal process. It's always a process of intimacy and revelation, risk and reward. It's important for students to see all the ways a writing career, a writing practice, can develop, and for them to think about what they want professionally as well as personally. What do we each want out of our work, out of our life? That's what the writing process reveals as much as anything."

Six years after its 10-minute play inception and just over a year after its Georgetown regional premiere, The Norwegians is finally going to open in its playwright's own city, with a three-week run at Austin Playhouse. During the Drilling Company run in New York, Swanson occasionally received post-show phone calls from Clancy alerting her that people she knew had come to see the play. "And one night it was [Austin Playhouse artistic directors] Lara and Don Toner." Swanson expresses both a sense of enthusiasm and all-things-finally-being-as-they-should-be regarding the upcoming production. "I think at heart Norwegians is a Texas play, and even more specifically an Austin play, with its irreverence and dark sense of humor, and the cast and artistic team were having such a fun time with each other." Already new opportunities have sprung up: "I was able to get to an early read-through here at Austin Playhouse, which was super-helpful because I finally heard the solution to one little place in the script that had always bugged me, just from a text perspective. It was such a relief to make that revision, and I think it's going to be fun. It's a quirky little play."