Tapestry Dance Company's In Your Shoes

The rhythm tap troupe explores homelessness with a common sense of the form's capacity for complexity, subtlety, and risk 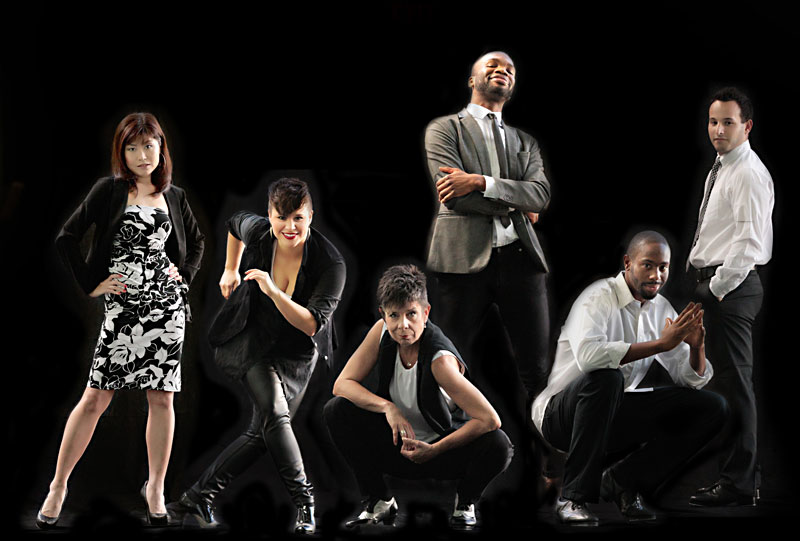 When I mention that I'm going to see a tap dance show, people do one of three things: tell me that they took tap as a kid, give me a blank "Oh," or flex their wrists at their sides and do a Shirley Temple impersonation. But Tapestry Dance Company Artistic Director Acia Gray isn't about presentational, Broadway-style tap; she's an international name in rhythm tap, which is less about the dimples and more about the percussion. But even this jazzier branch of our all-American dance form allows for variety in its dancers: Some are more extroverted, like hip-hop dancers, while others are more introverted, like drummers. In Your Shoes, a two-act work on the theme of homelessness, revealed a diverse group of dancers – half of them new to the company – with a common eagerness to explore rhythm tap's capacity for complexity, subtlety, and risk.

The first act, in particular, unveiled new depths. As characters who have become homeless for different reasons, second-year company members Andrea Torres, Michael Love, and Jeremy Arnold, along with newcomers Yuka Kameda and B'Jon Carter, danced a series of solos, each choreographed (some partly improvised) by the dancer to electronic music by Imogen Heap. These dances were complex not just in their footwork but in their emotions – hopelessness, fury, frustration, bewilderment – and in how those emotions were evoked. Torres and Arnold each held their power low and close, allowing it to creep out in rolling crescendos and the occasional sweeping cross-stage move. Love was more extroverted, allowing his long limbs to run wild before halting them with powerful stamps. Kameda's presiding quality was openness, which she exuded from her face down to her calf muscles. Carter, taller than Love and just as lanky, seemed equal parts solid and molten. When his feet left the floor, spritelike, and switched places in the air, someone in the audience called, "Yeah." When his feet scuttled across the floor, it sounded as though his body was melting into each tap. The cast also included company apprentices David Chia, Zeke Zimmerman, and Sydney Gallagher, as well as Gray herself, who, as a businesswoman in a pencil skirt, marched around the group, cell phone to her ear.

By the end of Act I, Gray's character had not only noticed the homeless but joined them, signaled by her fall to the floor. But after intermission, the homeless characters had traded in their ragged clothes for new ones, and they danced new solos depicting their pre-homeless lives; Gray, behind them, put on layer after layer of their discards. (The costumes were smartly conceived by Pam Friday.) After the solos, each character handed Gray a small donation: a scarf, a water bottle, a doll, a hug. This foray into the didactic and the arbitrary place-switching left me with questions. Can't it be assumed that we all know that homeless people are human? Where do we go from here?

In the second act, the piece seemed to reel itself back from the edge it had hovered near, thrillingly, in the first. This was disappointing. Rhythm tap is an art form that knows parts of American history better than anyone, and it's among the most diverse and accessible of the arts. We could sure use its help in finding new routes toward empathy, understanding, enlightenment. Tapestry's dancers – including the formidable Gray herself – seem to be waiting at the ready.

Rollins Studio Theatre, Long Center for the Performing Arts
Oct. 3, 8pm
A version of this article appeared in print on October 9, 2015 with the headline: In Your Shoes