The Trainspotting author rips into American culture in his latest novel

For the 22 years that the U.S. has been aware of Irvine Welsh, since the publication and hit film adaptation of his strung-out-in-Eighties-Edinburgh novel Trainspotting, this Scottish literary thug has trained his flinty gaze on the sleaziest corners of his birthplace. Now a U.S. resident who splits his time between Chicago and Miami, Welsh has shifted his malignant perspective to his new homeland for his latest novel. The Sex Lives of Siamese Twins takes in the 24-hour news cycle, dubious celebrity and its attendant culture, over-the-top obsessions with health/fitness/beauty, and dysfunctional love in a brutal, hilarious, and inventive rethink of Pygmalion.

Miami Beach personal trainer Lucy Brennan is a sadistic narcissist seeing her life's mission as a "zealous warrior against the plague of obesity which is swamping our nation in blubber." She thinks she is merely heading home in the wee hours to sleep off a messy breakup with a boy toy, but instead she finds herself relieving what appears to be a mad shooter of his weapon as he chases two frightened homeless men. The sole witness – Lena Sorensen, an obese artist in a blue funk – films Lucy in action on her cell phone, then provides her footage to the police and news networks not far behind. Lucy becomes an instant national hero, with her exploits alternating on cable reports with teenage conjoined twins looking to be surgically separated so one can date an older boyfriend the other finds disgusting. In come offers of reality shows, fitness equipment endorsements, etc., for Lucy, while in the background, Lena sings her praises, declaring Lucy a hero to any news camera around. She soon signs on as one of Lucy's fitness clients.

But no sooner has fame found Lucy than it transforms into infamy: The homeless men are revealed to be serial pedophiles and the gunman a molestation victim. A local right-wing politician seeking office seizes on Lucy's mistake, villainizing her in a series of televised talking points. The offers dry up as the cameras continue hounding her. Meanwhile, Lena Sorensen will not go away, and neither will those Siamese twins ....

Lucy's addiction to severe exercise evolves along a parallel course with Lena's binge eating. Lucy's repulsion with Lena's gourmandizing and anger with her own inability to shake off what she considers the worst of the "losers" she feels cursed with morphs into obsession. She then kidnaps Lena, to "save her" from herself by forcing her into an extreme diet and exercise regimen designed to resculpt her into shape in six weeks. Meantime, those Siamese twins seek to separate on all the news networks.

Across The Sex Lives of Siamese Twins, Welsh shows that his ear for tangy dialogue can handle American accents as deftly as Scottish brogues. His penchant for sleazy detail also handles interior monologues and interweaves Lucy and Lena's backstories with such masterful ease, you barely notice he's doing it. But the Americanisms are not the only innovations to Welsh's work: This is the first of his books in which females are the protagonists. In Lucy and Lena, he has drawn two of his most memorable characters, as indelible as Renton, Sick Boy, Begbie, or anyone in Trainspotting. Whether he continues chronicling the U.S. condition or travels back in his imagination to Edinburgh's drug dens remains to be seen. For now, however, The Sex Lives of Siamese Twins proves an effective adaptation of the gifts of one of modern literature's finest stylists to his new surroundings. If he felt his chosen beat needed a little shaking up, then he's done a first-rate job of revamping, without losing what makes his work great. Which is better than one might hope.

The Sex Lives Of Siamese Twins

A version of this article appeared in print on September 4, 2015 with the headline: Irvine Welsh's The Sex Lives of Siamese Twins

Irvine Welsh
10 years of 'Trainspotting' and a new book 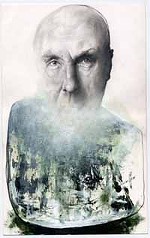