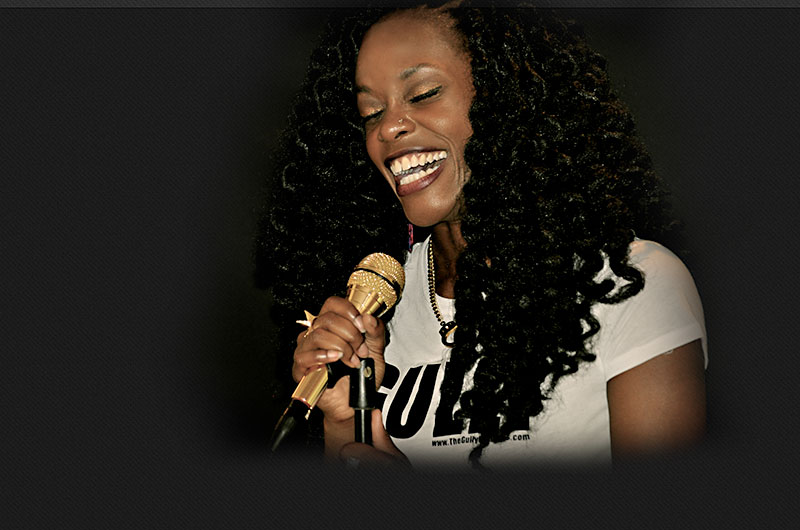 The words appear on the poster for a new solo performance opening this week at the Vortex. They were penned by Ebony Stewart, a poet who has spent the past decade building an impressive body of work and a reputation for fearlessness and fire in both her writing and the way she brings her words to life onstage. Much of that attention has come through the Austin slam poetry scene, which she joined soon after her 2007 graduation from Texas State University. Stewart was named Best Slam Poet at the 2011 National Poetry Awards and is the only adult female three-time Slam Champion in Austin. She has also proven as skilled at leading other poets to the championship ring as claiming a spot in it for herself: coaching the Austin Neo Soul slam team to a first-place finish in the Group Piece Finals of the 2012 National Poetry Slam; the Austin Poetry Slam team to fifth place at the NPS in 2013; and the They Speak Austin slam team into the top eight in the world at the 2014 Brave New Voices International Youth Poetry Slam Festival.

But as rewarding and gratifying as her work in the slam scene has been, Stewart found herself recently wanting something more, wanting to explore a subject in greater depth and breadth than that scene's short-form performance would allow. And so Stewart is taking a step away from it in order to take the stage in a new way: by herself in a full-blown theatrical work titled Hunger. With direction by Zell Miller III and lighting design by Patrick Anthony, this solo work allows Stewart the time and space to perform poems and more as she seeks to resolve various issues in her life – most notably that of being a "fatherless daughter."

To light the fire, burn hurts home, write the healing, and forgive again.

"I'm very much looking forward to the show. More than that, I'm looking forward to bringing closure to the anger and hurt," Stewart says about Hunger. "The show is me giving myself an opportunity to get over my daddy issues. An opportunity for me to mourn the father I never had, love him for who he is and forgive again. Many people of color grow up without their fathers in their life. The reasons for this are many and for many of us the bane of our existence. But I used the emotions whatever they may be – hurt, anger, fear, loneliness, love – in my art to be a stronger artist. The story is always about how to persevere, how to love, how to forgive."

It will end the way it started. Little girl. Notepad in lap. A pen.

Stewart's writing has its roots in family trauma. When her parents were in the midst of a divorce that she has described as "horrible," with her father being abusive to her mother, the 8-year-old Stewart would barely speak. But then, as she told Amy Gentry in a 2013 profile for the Chronicle, "I went to a psychiatrist, and she handed me this composition journal and was like, 'Write whatever you want to say.'" So she began putting her thoughts down on the page, but she would also share them aloud, going into the closet of her bedroom, closing the door, sitting on her shoes, and reading whatever she had written to her teddy bears. It was a form of escape from the hardships in her world, but it also set her on the path she's on today, confronting the pain and difficulties of life and finding a way past them with her writing.

As Stewart said in another interview earlier this year, whenever she found herself in a painful situation, "writing was the way that solved that problem for me. Even if it was just writing the events as they occurred. For me to go back and read that and see that I got out of it lets me know that there will be other events and other hurts and other pain that will take place but that I will survive it because I've done it before."

But Stewart isn't doing this solely for herself. She hopes that by sharing her writing, she'll be a force that other people, particularly other women, can draw inspiration from. "I hope that the audience takes a breath of forgiveness with me. I hope I tap into some of the things they're hungry for and feed them with reminders of love, laughter, and hope. I doubt this show will heal all of their pains, but I do sincerely hope that it helps them hurt less, resolve to be great, and focus on their own light anyway."

A version of this article appeared in print on August 28, 2015 with the headline: Hungry for Closure