In Praise of Designers

A show of gratitude as two of our finest, Ia Ensterä and Jason Amato, depart Austin 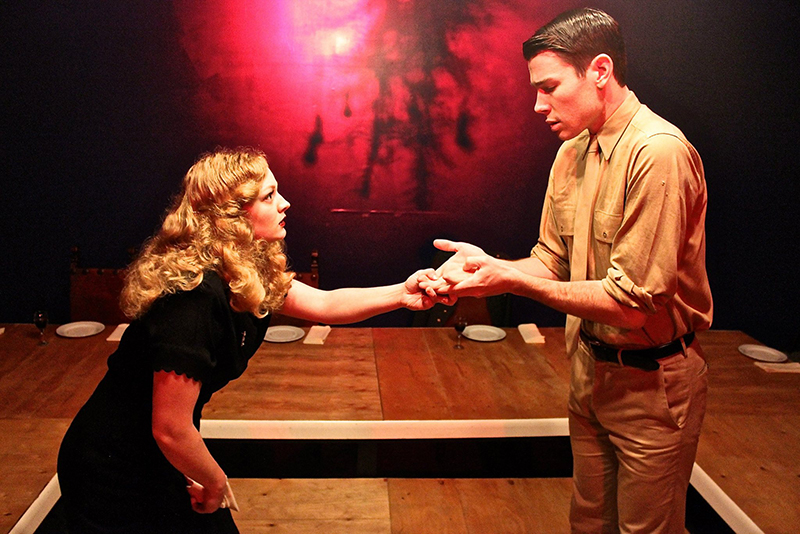 Performers get the applause. Directors and choreographers get the credit. Designers just get the ulcers.

And the tension headaches.

And the high blood pressure.

And all the bruises, bumps, and cuts that go with trying to construct an evocative and cohesive theatrical world in a matter of days, then refine it during the mind-numbing marathon of detail tweaking we call tech.

For all their trouble, do designers get room in the program to expound upon their vision? No. Nor are they given a nightly curtain call – not even that salute to the booth offered by a cast to the techies executing the designers' designs. They can't even count on consistent recognition from critics, the bastards!

The artists who provide a stage production's sets, costumes, lighting, sound, and other design elements deserve much more attention than they typically receive. After all, they're our travel agents to the faraway lands we visit via plays and operas and dances. They get us there and tell us where we are, grounding us in these new places, whether exotic or mundane, before a line is ever spoken, often before a performer appears. They establish our sense of space and time, of atmosphere and mood. They offer us the first clues to how these worlds work, to their histories and cultures and the lives of their inhabitants. It's in the designs that we in the audience gain not only our initial impressions of these places but frequently our most vivid impressions of them, images and sounds – a thunderclap, a looming shadow, a haunted grove, a robe of crimson velvet – that linger with us and which we carry back to our world, keys for unlocking our experience.

The impact of designers has been much on my mind of late, what with the impending departure of two artists who have made many outstanding design contributions to our performing arts scene – so many, in fact, and for so long that it's hard to imagine Austin's arts community without them. Ia Ensterä, the statuesque Finn who handles construction tools the way Vikings wield broadswords, has been in Central Texas for more than a decade, during which time she's created sets and costumes for some 100 different shows. Jason Amato, he of the broad shoulders and brawny bear hugs, has logged 23 seasons on the scene, designing lights for well over 500 dance and theatre productions. Both of them have been known to work on a dozen, 15, 18 shows in a year, and whereas with some artists that exacting a schedule might cause a law of diminishing returns to kick in, that's never been the case with either Amato or Ensterä. As long as they're engaged by the material, working with trusted collaborators, and being treated fairly, they'll bring to the table their best – all the creativity and craft at their disposal, which is considerable.

Having had the opportunity to work with them both, I can testify to the level of artistry and commitment each brings to a project. They show up wanting to contribute – and not as individuals but as part of a team, forging a creative vision collectively. On plays I've directed, both have grilled me about the script, its meaning, my ideas for its setting and characters and for staging key moments, how the audience is engaged. They want to know everything, because it's only by understanding the whole that they can suss out what to design. Anything they create must be integrated into the entirety of this imagined world, of a piece with every other part of it. They seek to serve the work, not dominate it.

That attitude drives the best designers – and Ensterä and Amato certainly qualify for that designation. And being the best, they will always show you something new. When they've had designs to share with me, no matter how intimately I knew the material, they revealed aspects of it I'd never imagined, and did so with such vigorous creativity and inventiveness as to take my breath away: an Italian villa represented by an arch of salvaged windows, an arsenal of cannonlike floor lights blasting white-hot shafts of illumination across the playing space. And both always took great pains to realize the design with care and integrity, laboring like Hercules to get the effect just so. Their efforts always made the work more dramatic, more theatrical, always took us deeper into these new and unknown worlds.

You don't have to have worked with either of them to know that. You have only to have seen a show that either one designed. In the scores of shows Amato designed for Vortex Repertory Company and Zach Theatre and Blue Lapis Light, those jewel-like colors saturating the stage, the meticulous focus and play of light and shadow, the subtle shifts in intensity and use of pattern have allowed us to see what's happening more clearly – in every sense of that phrase – and to feel it more keenly. And in Ensterä's work with, well, just about every company in town, some of the most unlikely materials – denuded trees, wads of paper, thrift-store furniture – have been repurposed into striking settings, from Victorian gardens to medieval fortresses to fin-de-siècle Parisian cafés, realized with such style as to be visual poetry. In all they've done for the stage, they've transported us and enriched our experience in the theatre.

Amato and Ensterä have had their work acknowledged more than many designers. In addition to the raft of B. Iden Payne Theatre Awards and Austin Critics Table honors for both, each has received a Chronicle Best of Austin Critics Pick. Ensterä was the most recent recipient of the Critics Table's John Bustin Award for Conspicuous Versatility, while Amato was given the Austin Circle of Theatres' Special Recognition Award for outstanding contributions to local theatre in 2008. Even so, these two, like all designers, haven't received anywhere near the recognition they deserve. And given all they've done for Austin, it would be sweet for them to have a few more bouquets thrown their way before they leave us. This serves as mine, and I hope it inspires you toss your own. Just think about how different our stages will look come autumn. 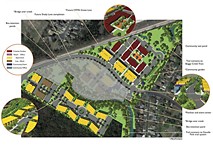