"There's a Summer Place Where We Can Go"

The Davis Gallery show has a surprising depth and variety, but some of it distracts from the show's laid-back vibe 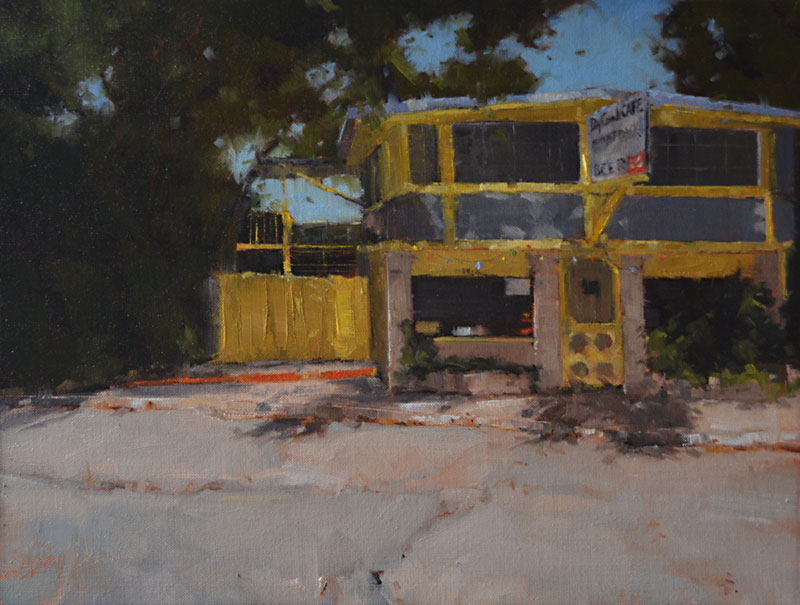 As Austin's art scene grows, new mediums evolve to become gallery staples. Installation and digital work almost appear to be the norm nowadays while some of Austin's mainstay mediums, namely painting, have become less visible. For "There's a Summer Place Where We Can Go," a group show featuring 21 Davis Gallery-represented artists, as well as a few guest artists, painting receives priority – and for an exhibition that captures the ethos of Austin in the summer, it seems an apt return to the medium that helped lay the foundation for the city's visual arts community.

With work from artists such as Mark Nesmith and Julie Davis, painting fans will find expertly crafted work that walks the line between traditional and contemporary. "There's a Summer Place Where We Can Go" certainly anchors itself in work that depicts natural settings in accordance with the seasonal theme, but in places it veers in entirely different directions. Joseph Hammer, for example, takes a more sculptural approach to his work, while Faustinus Deraet provides a darker take on abstract realism in his photography – these two artists in particular seem to act as outliers for this group show, but their inclusion provides sharp contrasts to its larger, ambient tone.

Austin galleries often wind down during the summer months, so the depth and varied use of mediums here – the exhibition also includes photography, mixed media, collage, and print – make "There's a Summer Place Where We Can Go" a pleasant surprise. All that variety, however, makes the show somewhat cluttered, in both its presentation and its relation of a singular narrative. "There's a Summer Place Where We Can Go" gives viewers a small glimpse into the memories and aesthetics that connect people with summer, but overall has a disjointed current that distracts from the exhibition's laid-back ambitions.

"There's A Summer Place Where We Can Go"