McDonald's ambitious solo show targets scapegoating, though some of its power is lost in repetition 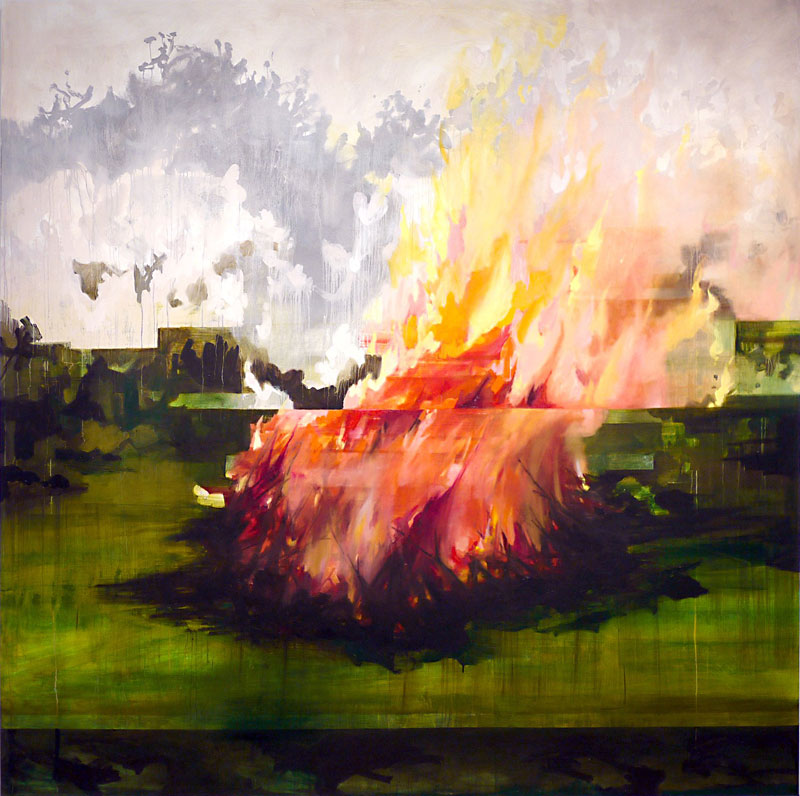 Elizabeth McDonald's "I Only Know Plenty" introduces paintings, sculpture, and video work that expound upon the social construct of scapegoating, an age-old tactic that seeks to deflect conversations about institutionalized inequality by emphasizing personal failure. The artist follows scapegoating through its three primary stages: blame, sacrifice, and purification. Utilizing imagery from Eastern, Western, and online cultures, she creates a globally inclusive portrait of cultural alienation.

Minami's Contrition, which references newer instances of scapegoating, draws directly from the public experience of Minami Minegishi, a J-Pop star who took to YouTube in 2013 to express regret for her immodest behavior (spending the night at her boyfriend's house). Her tearful apology included a new look: a freshly shaved head that was to indicate her utter remorse. McDonald captures Minegishi mid-sob with a deft hand, producing an image that is powerful, communicative, and painful, and one that confronts the absurdity of this public act head-on. The primary figures in the exhibition are women, and the images in works such as Two Kneeling Women and Crouching cement a tradition of women acting as conduits for both blame and absolution.

In McDonald's exhibitions, her paintings often take center stage, and so it is here. All That Ever Was, a huge work of oil and watercolor on canvas, anchors grayDUCK's space. It is an undeniable force, both of effort from McDonald and in its perspective of digital immolation in online cultures. All That Ever Was feels like the artist's most holistic representation of scapegoating, presented in a medium that McDonald has truly mastered.

But it is in the overall repetition that the efficacy of "I Only Know Plenty" begins to wane. With 37 pieces in the show, the gallery feels cluttered and the show's thesis stifled. That isn't to say that McDonald doesn't deliver strong work in each piece – she does. Curation, however, is key in providing scope for such an ambitious exhibition. It remains the only element that "I Only Know Plenty" lacks.