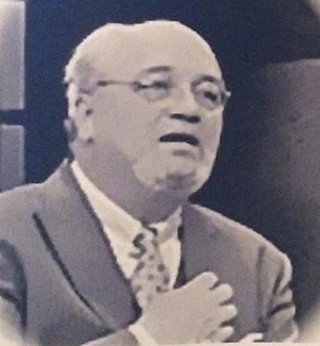 Two men, as different as dark and light: one reclusive, hunched alone in a dimly lit den, as solitary, in Dickens' phrase, as an oyster, mostly silent and sullen, except when he's cheerfully stuffing another banana in his old piehole; the other sociable and loquacious to a fault – indeed, an inveterate chatterbox, nattering on to the new night clerk at his hotel about his exploits with racetrack horses, hustlers, hoodlums, hookers, and the clerk's recently deceased predecessor, of whom this low-rent high roller was exceedingly fond. One is holed up by himself in the gathering gloom, the other is courting a new chum to help him keep the torches burning. 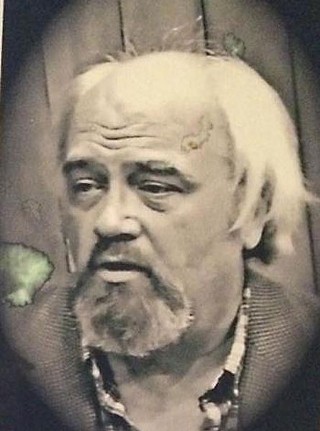 So different, and yet, in the recent pairing of Samuel Beckett's Krapp's Last Tape and Eugene O'Neill's Hughie by Actors Theatre Austin, so much alike – and not simply because both were played by the same actor, Michael Stuart. Both men, it may be said, love to hear themselves talk; Hughie's gregarious, garrulous Erie Smith whenever he holds forth on himself, his dearly departed pal Hughie, or the world at large, and the crabbed Krapp whenever he hauls out the recordings he made of himself at earlier points in his life. Both men's best days are behind them and they are now, as Erie might put it, rounding the last turn on the track. And noting the lateness of the hour, both are pulled to revisit the past as inexorably as moths to a flickering flame, which inevitably draws to the surface moments of rejection and loss, of poor choices and missed opportunities now forever out of reach. These are men haunted by their histories, and it's a tribute to Stuart's artistry and skill as an actor that he let us glimpse in these disparate figures the same pain in their gaze, the same sad shadow of regret. It was the emotional link that bound together these two plays of such contrast in mood and style, and Stuart forged it with the deftness, surety, and ease of a master craftsman.

And a master is very much what this actor is, as should be clear to anyone who has followed his work on local stages for any length of time. Stuart possesses an innate sense of comedy and can mine laughter from any material, be it Shakespeare, Shaw, or Sherlock Holmes. That was most evident here as well, as he first nailed the silent physicality of Beckett – letting a peeled banana hang goofily from his lip like the tusk of a tipsy walrus, slipping on the dropped peel – then shifted breezily to the verbal excesses of O'Neill, keeping Erie's nonstop gush of gab flowing like an open hydrant, the humor in it accentuated by knowing just which word to goose or where to insert the briefest of pauses to play up the character's long-windedness. But both one-acts are built on foundations of drama as much as comedy, and Stuart navigated that territory with a keen sense of time and mortality weighing on these figures. Their losses were real, their hurt human, to the extent that the memories haunting them haunt me now.

Audiences had only five opportunities to see Stuart's exceptional work here, and it's certainly deserving of a wider audience. Here's hoping Actors Theatre Austin can help it find one with a revival of this fine pairing – and soon.