Book Review: Into the Field: A Foreign Correspondent's Notebook 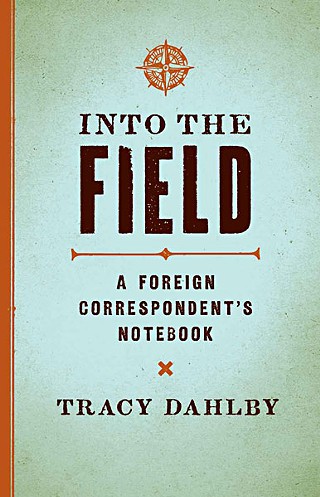 
Tracy Dahlby spent most of 30 years as an international reporter, all over Asia, gathering armloads of awards and a head full of strange experiences along the way. Since 2006, he's been a journalism professor at the University of Texas. As an educator and author, Dahlby is passionate about journalistic storytelling, particularly in the digital age – something more than a just-the-facts approach.

His memoir is centered mostly on his experiences writing for National Geographic magazine in Asia, covering China's handover of Hong Kong, its rise as a global power; and Vietnam in 1995, 20 years after the last U.S. combat troops were withdrawn following the worst U.S. foreign policy misadventure until we invaded Iraq in 2003. Ripe with anecdotes and practically florid with the sense of romance of working in foreign, often mysterious and dangerous locales, Into the Field is a reporter's diary rich with anecdotes, epigraphs, and sentiment. Some of the best advice for aspiring journalists comes in the form of Dahlby's accounts of his own foibles and naïveté.

The spark that lit the fire for Dahlby occurred when he was a college student, sitting in his parents' basement in Seattle, listening to a transistor radio – which he recalls being a big, boxy thing that today would probably fetch a fortune on eBay. The year was 1969, and for the past several years in China, Chairman Mao Zedong's cultural revolution had been busily mulching everything and everyone that didn't fit inside his little red book. As Dahlby listened to his radio, a one-minute report by a journalist in the field communicated the notion of adventure, danger, and romance of being an international reporter, walking through the eye of the hurricane of world-shaking events. He's still addicted to it.

Heading for Hong Kong on a cruise ship crowded with Cantonese gamblers, Dahlby set the stage for his first China dispatch for National Geographic: "It began one steamy evening as the sun dropped behind the green cone of Hong Kong's Victoria Peak and I hauled my duffel bag along the dock toward a boxy cruise liner called the Star Pisces."

Those lines capture the sense of romance of going out to observe and write about the world beyond one's comfort zone, and it's that sense that Dahlby strives to instill in young aspiring journalists today. It also makes Into the Field a book worth checking out – not only for journalism students and fans, but armchair adventurers.