Well, sure, everybody's all hepped up for the cinematic reteaming of Iron Man, Captain America, Black Widow, Thor, Hawkeye, and the irrepressible Hulk (Oh, Dr. Banner, you had me at "Hulk smash!"), but that isn't the sole senses-shattering selection of superstars joining forces for the benefit of humankind this weekend. That's right, True Believer: Saturday, May 2, sees the most awesome assemblage of audacious adventurers the world has ever seen! Superman! Spider-Man! SpongeBob SquarePants! Judge Dredd! Dr. Who! Captain Canuck! Sonic the Hedgehog! Steampunk Goldilocks! Scooby-Doo! Savage Dragon! The Phantom! The Goon! The Tick! Transformers! Teen Titans! Teenage Mutant Ninja Turtles! Cleopatra in Space! Gronk!!

How can so many pop-culture powerhouses pull together for one event? Only through the industry imperative of Free Comic Book Day. Yes, it's time again for that annual graphics giveaway timed to coincide with Hollywood's first summer super-epic. So as the Avengers beat down Ultron (and Marvel cleans up at the box office), comics shops all across the world will be handing out a couple million freebie books to anyone who walks through their doors. It's a strategy for boosting interest in the art form from which those amazing adventurers' escapades spring, and for 14 years now it's been serving the comics business so well that it's now as entrenched as those blockbuster superfolk films.

The 50 comics being given away this year testify to the comics companies' efforts to appeal to a broad audience: science fiction, horror, fantasy, humor, and TV and video game tie-ins, as well as the standard caped-crusader fare, with fully half the titles rated as all-ages. Central Texas stores are eagerly taking part this year, with some offering special guests. For more details, visit the FCBD website, www.freecomicbookday.com.

Oh, and if you're unable to drop in on your friendly neighborhood comics shop on Saturday, the Austin Public Library has you covered. It's partnered with Austin Books & Comics to have FCBD titles available on Monday, May 4, and they're yours for the taking after 3pm, while supplies last. For more information, call 512/974-7400 or visit library.austintexas.gov.

Where to Find the Comics 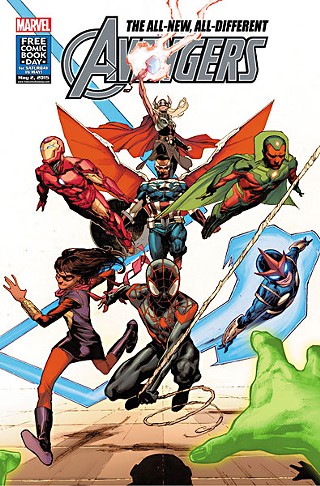 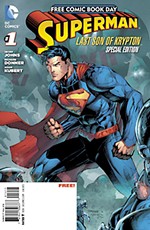 Free Comic Book Day
The giveaway that keeps on getting