In all the categories of human tragedy visited upon the families and loved ones – murder, warfare, cancer, car wrecks, etc. – the torment of not knowing always twists the knife. In the failed state of Mexico, the phenomenon of kidnapping has created an epidemic of such suffering. According to some estimates, as many as 76 are kidnapped a day. Some are returned unharmed, some are delivered a piece at a time, many are never heard from again.

In Barefoot Dogs, Antonio Ruiz-Camacho introduces us to this strange circle of hell through the serial chapters of a novel (although everyone else seems to be referring to the book as "a collection of linked stories") about the Arteaga family. In their lives before we meet them, they were Mexico City elites – five children and seven grandchildren – whose family patriarch, José Victoriano Arteaga, vanished one day on his way home from work.

Unlike the millions of immigrants who cross the U.S. border seeking jobs and safety, the Arteagas flee to the safety of new homes in places like the upscale neighborhoods of Austin, an apartment in New York City, Palo Alto, and Madrid. And yet, Ruiz-Camacho deftly makes the heartbreak of their displacement, confusion, and grief a thing of painful beauty.

The first story, "It Will Be Awesome Before Spring," is narrated in the hyper-caffeinated and somewhat clueless voices of college students looking forward to a summer of Mediterranean cruises, kicking back in Tuscany, a photography workshop in Florence, and various contingencies. Why not, for example, "drive to Portofino and hang out there for a day or two – Italian highways are the best, we've heard, and no one cares about speed limits there, same as here, but highways there don't suck, so everybody agrees it will be awesome."

Encountering these feckless teens in other circumstances, we might be disinclined to like them, but this also turns out to be the year when they meet "people that don't live in the same neighborhoods as us ... performance artists and book editors ... who ride the subway and take taxicabs. It is a new and unexplored world within the same city we were born .... [W]e feel as if we're crossing an invisible fence, trespassing into a forbidden side of ourselves: messier, wilder, sexier."

Near the end of summer, just when it seems that everyone is immune to nuance and foreboding, "we learn ... everybody's talking about kidnappings." When grandfather is kidnapped, it becomes the summer "all the members of my family will end up fleeing Mexico." Amid moments of doubt and neediness, that Mediterranean sojourn beckons: "Italy's calling, it will be splendid." But then, as an afterthought: "I'll need [my friends'] help to learn the language I'll be forced to use in the days to come, the tongue of the missing."

My favorite chapter/story here is "Deers," in which Susy, a former maid in the employ of the Arteagas, now works at a McDonald's in Austin. Just as she reports for the night shift, she learns that a grizzly bear has broken in. No employees were harmed, but the joint is locked up while the beast binges on doughnuts and soft drinks. The peckerwood manager cautions the employees against speaking to the media and jerkily refuses to let Susy and her co-worker Conchita come close enough to look inside at the bear.

I'm not even sure what some of the metaphors in Barefoot Dogs mean, but I know that in the days and weeks ahead, I'll still be thinking about this fine book and the mesmerizing talent of Antonio Ruiz-Camacho, and their meanings will probably come to me. If I have to read it over again, it will be time well spent. I loved this book. 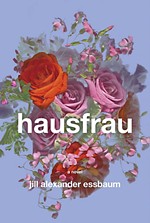